Buy local this festive season, for the sake of SA's economy

25 Nov 2020 | Email | Print |  PDF
According to Proudly South African, consumers who loosen their purse strings during the upcoming holiday season and buy local instead of imported products could help improve South Africa's economic outlook by making a dent in the R1.1tn per annum presently spent on imports. At the same time, they would be contributing to developing a stronger job market and rebuilding South African businesses - a win-win for all.
Although 2020 has been tough and the Covid-induced economic malaise contributed to a 48.9% drop in household spending, the festive season’s direct spending could help the hotel, restaurant and recreational sector, where income plunged by 99.9%. It is here that spending could immediately help the sector regain some of its lost ground, says Eustace Mashimbye, chief executive of Proudly South African.

“Most important, however, is reducing the R1.1tn spent annually on imported products. As pointed out recently by President Ramaphosa, if we redirected some of this spend to locally manufactured goods, we could add 2% to national GDP. Enabling our local manufacturers to supply just 2% of Africa’s imports (about R2.9tn annually) would add another 1.2% to GDP,” added Mashimbye.

Spending on local goods may seem like taking a small chip out of a mountain, but would help to reduce the pain of the ‘severe punch in the gut’ (StatsSA) which saw GDP drop by 16% between the first two quarters of 2020, giving an annualised growth rate of -51%.

“The lack of demand for South African goods, and our reliance on imported instead of locally manufactured items are dragging down local manufacturing. Purchasing locally-made clothing instead of items made in Asian countries would help the local textile and clothing industries, in which about six people a day lose their jobs,” says Mashimbye.

SA fashion is going local, and it's a good thing

Traditionally, South Africans spend most between November and January and retail sales spike. The drivers of this activity are payments of bonuses and the Black Friday sales campaigns which have now been extended from a once-off event to cover a month or more of discounted sales.

Previous statistics from 2018 have shown that 66% of all local shoppers who take advantage of Black Friday sales spend at least R1,600 each on Black Friday bargains. In the final mix, billions of rand are spent during this period.

Mashimbye says that if many bargain-hunters took the time to examine the ‘made-in’ labels on the goods for sale and opted for locally manufactured and produced goods, the impact would be positive for the economy as a whole. For many South Africans, this would equate to jobs retained and the opening of new opportunities.

During the Covid-19 crisis, the focus on buying local increased as ports of entry were closed, and the movement of goods and services was restricted. “This had the effect of introducing local buyers to the high-quality local options available at retail outlets. We need to emphasise that our economy and people need this buying trend to continue. If we can make the return to local goods permanent, we will benefit.”

“There is no time like the present. As our ‘game time’ campaign emphasises, the time for buying local is more important than ever. We are in the second half of the game; we need action if we are to win and build a strong future. We need committed, proud South Africans to take action through their purses and wallets,” says Mashimbye.
NextOptions
›
Email Print PDF
Read more: Buy local, Proudly South African, buy South African, SA manufacturing, Made in SA, Eustace Mashimbye, festive retail 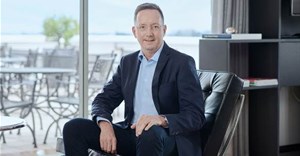 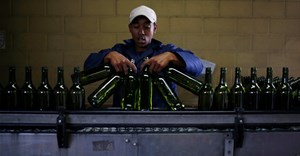