#StartJLM: The rise of the startup nation

By: Jessica Tennant
Start JLM 2018 took place 11-17 November in Jerusalem, Israel, which has seen an influx of entrepreneurs emerge over the past six years, especially in medical and biotechnology. This year, 20 winners in the life sciences sector from 18 countries (including South Africa) gathered to connect with local tech leaders in an intense week-long programme, featuring fireside chats and panels, how-to workshops, site visits, and networking meetups with the city's startup community.

According to Saul Singer, co-author of Start-up Nation: The Story of Israel's Economic Miracle, they call Israel the 'startup nation' because they view the country as a startup.

This whole country is a startup.

A lot of people call a lot of things startups, but not everything is a startup just because it started, Singer clarified. “When I say Israel is a startup, I mean that sort of in the technical sense in that startups start with an idea, and when you start talking about your idea... it takes a lot of drive and determination and willingness to take risks to turn that idea into reality. That’s true of startups and it’s true of Israel."

He pointed to a photograph taken about 100 years ago of a crowd of people standing on a sand dune that is now Tel Aviv. These people lived in Jaffa (one of the oldest cities in the world), right next door to this contrasting "brand new" city.

Proximity seems to play a key role here, as not only is the hospital (Hadassah Medical Center) on the same property as the Hebrew University of Jerusalem, but amongst these are numerous co-working spaces, incubation hubs, accelerators and various other shared facilities and equipment, including expert technicians on site, which is especially useful for the research and development (R&D) stage for most med- or biotech startups. And this extends to the country as a whole. As Israel is quite small compared to other countries, this serves as the ideal testing ground for scalable ventures.

Dr Amiram Appelbaum, chief scientist at the Ministry of Economy and Industry and chairman of the Israel Innovation Authority, showed a 10-year comparison of the world's largest companies by market capitalisation to demonstrate what’s been happening globally over the last few years. In 2007, the top largest company in the world was Exxon Mobil and five of the top 10 (Exxon Mobil, Total SA, Shell, PetroChina and BP) were in oil and gas. Only one company was in data (Microsoft).

"Fast forward 10 years and look at the largest companies in the world today, 6 out of 10 companies (Apple, Alphabet, Microsoft, Amazon, Facebook and Alibaba Group) are in the ‘virtual world’, and they’re making their money on data. And all of them have representatives in Israel; they’re all going to Israel for R&D."

"Entrepreneurs in Israel are rockstars"

Some major exits over the past few years, the most recent being the Intel-Mobileye deal, have escalated to rockstar status the aspiration of Israelis to become entrepreneurs, said Ran Natanzon, head of Innovation and Brand Management in the Media and Public Affairs Division at the Ministry of Foreign Affairs. So much so, that “when someone exits, the news goes straight to the front page”.

Moreover, Nitzan Adler, CEO of Siftech (a non-profit accelerator, one of the first and fastest growing startup hubs in Jerusalem, having raised approximately $25m to date) added that around this time, there wasn't much going on, but today Israel's startup scene is all over the media.

The country has the highest number of entrepreneurs per capita with more than 6,000 startups to almost 9 million citizens, making it the second biggest startup ecosystem after Silicon Valley.

"As small as we are, I think the innovation, the new technologies that are coming out from here are out of proportion to our numbers," added Appelbaum.

Perhaps the main reason for Israel's startup success is that entrepreneurs have the support of the government through four main pillars, namely academia, the military, a strong venture capital (VC) industry and multinational corporates.

According to Heidi Zaidel, VP of Investor Relations - Delegations at OurCrowd, there are four reasons for this, namely Israel’s history, military, diversity and chutzpah:
It's not just this that makes Israel's entrepreneurial ecosystem unique, but the entrepreneurs themselves have an uncompetitive rapport in the sense that they too support each other and almost work together for the greater good of the ecosystem and country as a whole as opposed to focusing solely on their respective businesses.

"Creating bridges between people... and nations"

This is facilitated through numerous accelerators, incubation hubs, co-working spaces and regular meetups, such as the global Creative Mornings, and more specifically to them, a monthly event series called 'F*ckup Nights', seeking to destroy the taboo around failure, which is yet another thing Israeli entrepreneurs are getting right, that is that they consider the risk of failing one worth taking. (What's interesting is that of the 1,100 to 1,380 startups established in Israel every year, 80% fail. This is according to Start-Up Nation Finder, the innovation discovery platform from Start-Up Nation Central.)

Start Jerusalem is one such project to introduce Israel's startup ecosystem to innovative, early-stage startup founders from around the world.

"When we started the Start project, the idea was to create bridges between people... and nations. Even places that do not have automatic ties with Israel have quite strong ties because of Israeli innovation," added Natanzon.

This year’s cohort was made up of life sciences startups, the sector dominating the Jerusalem startup industry. The city is currently comprised of 150 life sciences companies that employ more than 3,000 people and these have accounted for 27-29% local VC investment over the past 6 years.

Watch some of the highlights of this year's programme:

More will be published on Start JLM over the course of the next couple of weeks, so follow #StartJLM to get a taste of the so-called 'secret sauce' of Israeli innovation.
NextOptions
›
Email Print PDF
Follow 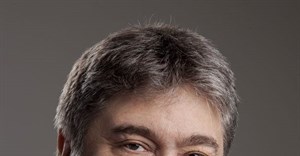 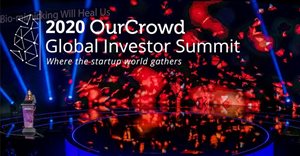 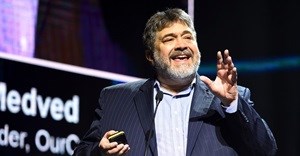 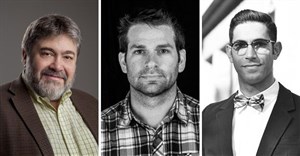 #StartJLM: The roadmap to the fully autonomous vehicle28 Nov 2018 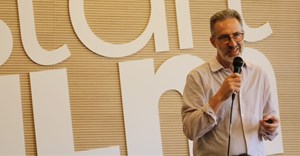 #StartJLM: Reinventing healthcare... it's not as technological as you might think22 Nov 2018 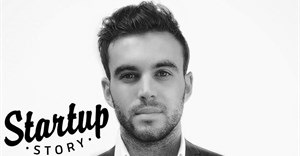