27 Aug 2018 | Email | Print |  PDF
By: Heather Dugmore
Africa has all the ingredients to drive global agripreneurship. The continent has land and resources that are pivotal to meeting global food and agricultural needs.
SA is favourably positioned as an African agricultural leader. The full agricultural value chain plays a significant role in the economy, but there is vastly more potential.

"Global agricultural expansion and food security will increasingly be focused on Africa. There is such opportunity for governments, farmers, businesses, academics, and civil society organisations to develop and implement innovative and sustainable food and agricultural systems," says Tatjana von Bormann, senior manager of the policy and future unit at conservation organisation, WWF-SA.

Nedbank Business Banking head of agriculture, John Hudson says climate change and over-consumption are tipping points for the planet. Africa’s population is growing and global population is estimated to reach 9-billion by 2050, a huge incentive for farming. "What is encouraging is that so many innovative products, start-ups and industries are already available and constantly being developed," he says.

Hudson cites dairy farmer Nigel Lok, who farms in Tsitsikamma, Eastern Cape. He has 920 Holsteins producing 25,000 litres a day for Parmalat in Port Elizabeth. He uses the computer programme for herd management and feeding he helped innovate and develop, which helped him increase milk output by 30% at the same cost.

Agriprotein, a Cape Town-based "waste to protein" firm, turns fly larvae from food waste into a high-value protein feed for chicken, pigs and fish. This takes the pressure off fishmeal — it takes 1.5kg of fishmeal to produce 1kg of farmed fish.

Farmers are among the most active users of drones, and Aerobotics uses satellites and drones to capture bird’s eye view, multispectral images of orchards to help farmers optimise yields and manage costs. It processes data through an in-house programme to help farmers assess crop health and control pests and disease.

Aerobotics also provides tree-crop farmers with regular satellite imagery, which helps them monitor their crops and plan irrigation and fertiliser requirements. The farmers receive accurate statistics for their orchards, with every drone flight assessing individual tree health, flagging diseases and how much fruit it will bear.

The company has built a client base of farmers and agricultural consultants in SA, Africa, Australia and the UK. Co-founder James Paterson says the start-up is finalising pilot projects with large agricultural, finance and insurance firms in SA and around the world.

Renewable energy is another key aspect of sustainable agriculture. Villiera Wines in Stellenbosch, for example, has 950m² of solar panels mounted on its cellar roof to supply all their daytime power outside of harvest time.

At Nampo in May, grain farmer Jaco Minnaar, who participated in the Nation in Conservation panel on how new technology and data-driven farming will change the face of agriculture, said: "The only way forward for greater productivity and conservation is through technology and innovation. You use less water and less fertiliser because you know the precise moisture content, soil quality, fertiliser needs and when to plough."

Wynand Malan of Mezzanine, a Vodacom company, says "connectivity increases agricultural productivity" and service providers are sorting out rural connectivity issues. He says 4G technology has the potential to provide ultra-broadband access for mobile devices, but the department of communications has not made the frequencies available yet.

"If you look at the evolution of cellphones and connectivity over the past 10 years, you can only imagine what will happen to the Internet of Things over the next 10 years. There will be an explosion of usage and agriculture is one of the big growth areas," says Malan.

Tavonga Alex Siyavora, from the John Deere sub-Saharan African branch, says agriculture technology has evolved from ploughing with oxen to tractors to machinery with artificial intelligence. "We recently acquired Blue River Technology, a Silicon Valley company focusing on artificial intelligence such as ‘see and spray’ where the tractor knows exactly how much to spray. It does not make sense for us to innovate everything on our own; we need to collaborate," he says.
NextOptions
›
Email Print PDF 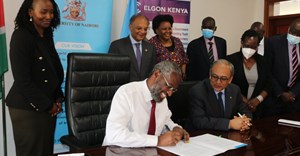 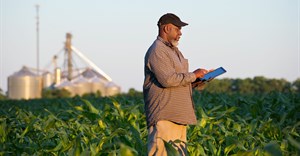 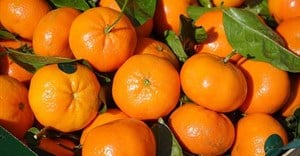 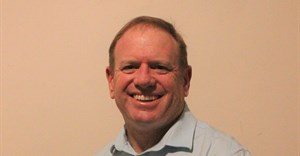