By: Jacques van Wyk
Once an employee has proved that he or she was dismissed unfairly during arbitration proceedings then the arbitrator may make an order for reinstatement or compensation. However, if the employer takes the order on review to the Labour Court then the question arises whether prescription continues to run against the order while the review process is underway.

In the recent case of Circuit Breakers Industries Ltd v NUMSA obo Hadebe and Others (JR 1958/08) [2013] ZALCJHB 286 (1 November 2013), the employee had obtained an award for reinstatement with back pay in August 2008. In September 2008 the employer filed an application to review the award, which the employee opposed. In July 2012 the employer filed an application in which it sought an order that the award had prescribed. Its main argument was that the employee had failed to take any steps to enforce the award or to claim payment of a 'debt' in terms of the Prescription Act 68 of 1969 ("Prescription Act").

The Labour Court confirmed the applicability of extinctive prescription to employment law. It was held that the filing of a review application does not interrupt prescription. The Court noted that this would often result in unfair consequences for employees when employers delayed review proceedings to the extent that an employee's award would prescribe if it had not been made a court order. It was noted that the imminent amendments to the Labour Relations Act 66 of 1995 ("LRA") would rectify this unfairness.

It was held that an award for reinstatement (with or without back pay) creates a right in favour of the employee that stems from the right to fair labour practice. The court confirmed this as the primary remedy in the case of an unfair dismissal. Accordingly, it was held that the legislature could not have intended that a reinstatement award could be undermined by prescription. The court distinguished such an award from an award for compensation. It was held that a compensation award would be considered a debt in terms of the Prescription Act.

This case draws a clear distinction between arbitration awards for reinstatement and awards for compensation. The former type of award can never prescribe. As such, the longer an employer takes in prosecuting the review timeously the more potential exposure to risk for such employer. This is the case because an order for reinstatement will often be coupled with full back pay from the time of dismissal until the time of the reinstatement.

In contrast, when a compensation award has been granted then the claim to compensation will prescribe if the employee has taken no steps to enforce the debt within three years. The case also reconfirms that the filing of a review application does not interrupt prescription.

Jacques van Wyk is a director in Labour and Employment Law at Werksmans Attorneys. He was named as a recommended lawyer in Labour & Employment by the Legal500 (2010-2012), and co-authored 'Labour Law in Action - A Handbook on the new Labour Relations Act - 1997' with Frances Anderson. Jacques specialises in commercial employment transactions arising during mergers and acquisitions, corporate restructures, executive employee terminations of employment, drafting employment contracts and letters of appointment; disciplinary codes and procedures; and grievance procedures. 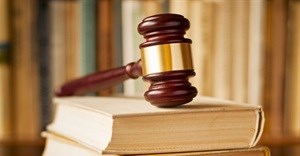 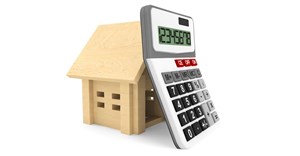