Saluting the king in Private Presley

By: Eugene Yiga
Following two sold-out seasons of Queen at the Ballet last year, Bovim Ballet is set to pay tribute to the king of rock 'n roll in Private Presley. We spoke to director and choreographer Sean Bovim about the show.

Eugene Yiga: What is the show about?

Sean Bovim: Private Presley is a two-act ballet about the king of rock 'n roll. The work delves into the star's private and social life from the mid-1950s through to the early 1970s. This includes his interaction with friends and starlets in a typical diner, his move to Germany as a soldier, his Hollywood years, and his move to Graceland with Priscilla.

SB: I was in Vegas in 2007 and saw Elvis impersonators everywhere I went. There are more than 48 000 of them in the world! This man and his voice captured my attention. He did so much in his life: not only did he record well over 700 songs, but he starred in more than 30 movies and his rags-to-riches story was too good to pass on.

How did you choose which of his many songs to perform?

SB: Elvis' music is eclectic. Not only did he love gospel, R&B, and rock, but his own interpretations of the songs that he sang captured a nation and the world. Elvis' voice was effortless and his classic ballads remain timeless. I have almost entirely used original recordings of the king to remain true to the star and his aesthetics.

Could you tell us more about the costumes?

SB: Craig Port, Malcolm Klük, CGDT, and Ian West have created all the brand new costumes for Private Presley. Craig was responsible for the men's costumes as well as some of Elvis' costumes. Klük and CGDT created all the ladies' costumes. And, lastly, it was Elvis' speciality costumes that were recreated by Ian West. It is a privilege for me to work with designers of their calibre and their hard work creates another level of enjoyment for the audience, some of whom don't know much about ballet, but know that when they come to see a Bovim Ballet production, they are in for a visual feast!

Who can we expect to see on stage?

SB: Henk Opperman and Sven-Eric Müller have taken on the daunting task of playing Elvis. This role is extremely physically demanding and both dancers have risen to the occasion to play a vulnerable, exciting, and enigmatic star. Priscilla Presley is danced by Elzanne Crause and Nicola van der Merwe with technical adeptness and beauty. Other roles include Faye Dubinski as Juliet Prowse, Tanya Futter as the seductress Ann-Margret Ollson, and Nicola van der Merwe as Natalie Wood. Featured male roles include James Bradley as Nick Adams and Devon Marshbank as Billy Smith.

After paying tribute to Freddie Mercury last year and Elvis Presley this year, who's next?

SB: These men brought magic to the world: Freddie as an entertainer of note, Elvis as the king of rock 'n roll. My focus on ballet is to bring audiences iconic music set to exhilarating choreography. These men have provided the world with the most memorable moments in music. I hope to do the same with dance. As to who's next, you'll have to wait and see!

Eugene graduated from the University of Cape Town with distinctions in financial accounting and classical piano. He then spent over two-and-half years working in branding and communications at two of South Africa's top market research companies. Eugene also spent over three-and-a-half years at an eLearning start-up, all while building his business as an award-winning writer. Visit www.eugeneyiga.com, follow @eugeneyiga on Twitter, or email moc.agiyenegue@olleh to say, um, hello.
Read more: Bovim Ballet, Sean Bovim 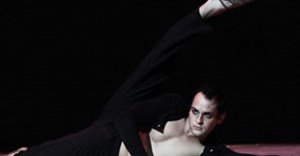 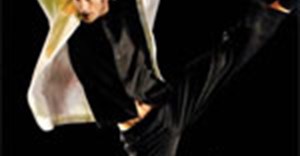 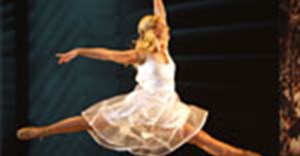 Contemporary ballet at its best14 Jun 2010 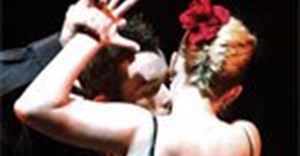 Ballet meets The Beatles at the Baxter12 May 2010 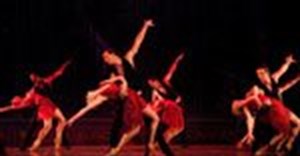 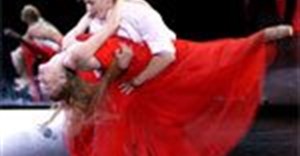