Close encounters of the heard kind

By: Eugene Yiga
Where were you on the day that the earth stood still? I'm talking about 9/11. After more than a decade, the feelings are still pretty raw, which is what Extremely Loud and Incredibly Close tries to tap into. To some, this movie will be way too close for comfort. To others, it won't be close enough. 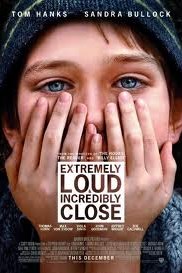 The movie is about Oskar, an 11-year-old boy (played brilliantly by first-time actor Thomas Horn). To help him overcome his social awkwardness, his father (Tom Hanks) comes up with several "reconnaissance expeditions". These elaborate scavenger hunts force Oskar to interact with a world he'd much rather shy away from. It's so simple that it actually works.

Unfortunately, everything changes when Oskar's dad is killed in the attacks. But then things change again when the boy finds a key in an envelope marked "Black". Oskar is convinced that this is another adventure that his father set up just for him. And so begins his quest to find who the key belongs to and what it unlocks. He'll have to visit 472 New Yorkers with the last name Black, but it seems like it's the only way that he'll find the closure he so desperately needs.

Many parts of this movie are really painful to watch, even for those of us who might not have been directly affected by this tragic event. This is especially true when Oskar listens to the answering machine messages that his father left right before the towers came down and when he lashes out at his mother (Sandra Bullock), telling her that she should have been the one who was killed.

Unfortunately, too much of the emotion in these and other poignant scenes is drowned out by the incessant narration. Oskar's voiceover tells us absolutely every single thing he's thinking or feeling at any given time. Why not show instead of tell? That way, we're free to interpret in our own way (or at least hear a little more of Alexandre Desplat's score). Perhaps it was meant as a way to contrast the role of a man known only as "The Renter" (Oscar nominee Max von Sydow), a mysterious mute who joins Oskar on his journey. Whatever the reason, it just doesn't work.

I don't know if a movie will ever be able to pay proper tribute to 9/11 (although United 93 is still the best so far). Extremely Loud and Incredibly Close doesn't quite cut it. Then again, perhaps the fact that it wasn't afraid to try is tribute enough. 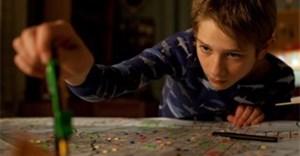 Lost and found in Extremely Loud and Incredibly Close28 Feb 2012