29 Jul 2020 | Email | Print |   PDF
Figures released on 22 July showed that South Africa's retail sales plunged by a record 50,4% in April and 12% in May on an annual basis. Statistics South Africa said the April annual figures were the lowest since 2002 when the agency began compiling the data. 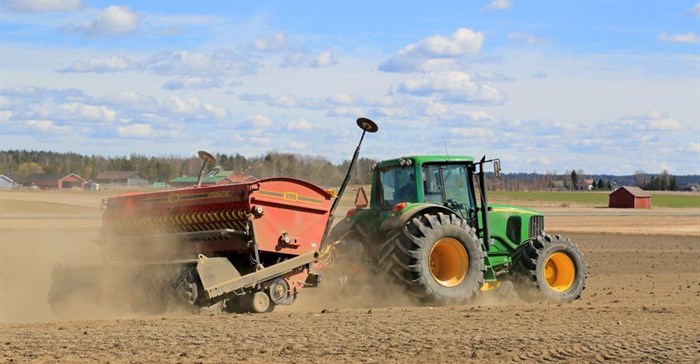 Retail and trade accounts for around 15% of gross domestic product, but increasingly indebted consumers kept indoors by the lockdown are unlikely to increase spending soon. Sectors such as manufacturing and mining also remain constrained due to the recent surge in Covid-19 infections.

The central bank has slashed lending rates by 275 basis points since January to stimulate spending, and it cut rates by another 25 basis points on 23 July, but economists argue that will not be enough to revive the consumer sector. The governor of the South African Reserve Bank, Lesetja Kganyago, has now said in his MPC address that the Reserve Bank expects South African GDP to contract by 7,3% in 2020.

In contrast, the agricultural sector is showing itself to be an anomaly, and it grew almost 30% during the financially turbulent first quarter of 2020. The agriculture, forestry and fishing sector increased by 27,8% on a seasonally adjusted, annualised basis.

Evon Jeewan, a Corporate Finance Principal at investment banking firm Bravura, considers that despite the sector’s uptick, trepidation in the face of South Africa’s economic outlook appears to be thwarting the ability of agricultural producers and investors alike to act on the sector’s potential.

Wandile Sihlobo, chief economist at Agbiz, said that the expectation is for solid growth in the following quarters of the year across all agricultural subsectors (livestock, field crops and horticulture production), averaging at about 10% year-on-year This is encouraging in comparison to the -6,9% year-on-year contraction in 2019, where four consecutive quarters of contraction came on the back of factors such as drought and foot-and-mouth disease.

SA agriculture sector 1Q20 recovery - where to from here?

According to an article in The Africa Report, this year the citrus industry is exporting record volumes to Asia, following a surge in demand for lemons. The maize industry has also enjoyed large yields, which has seen producers able to pick around 15 million tons for this season. The soya bean yield is expected to be between 2,5 million to 3 million tons.

Furthermore, table grape, macadamia nuts and deciduous fruit had a good season, and the export season for avocados, pecan nuts, wool skin and wine is generally performing to expectations.

Despite the potential investment opportunities that this robust growth might signal, the Agbiz/IDC Agribusiness Confidence Index (ACI), which is widely regarded as a good indicator of the growth path of the agricultural economy and covers agribusinesses operating in all agricultural subsectors across South Africa, fell from the 50-point mark in the first quarter of the year to 39 in the second quarter. This is the lowest level since the third quarter of 2009, at the height of the global financial crisis.

A level below the neutral 50-point mark suggests that agribusinesses are downbeat about prevailing business conditions in South Africa. This is predicted to continue throughout 2020 due to the negative sentiment caused by Covid-19, even though agricultural output and trading conditions are in relatively good shape.

The ACI figures suggest that there is a disconnect between agribusiness confidence levels and the actual economic performance of the sector. This might be compounded by the unfortunate turn of events at the Land Bank, South Africa’s largest agricultural-focused lender and historically sound funding partner for many significant agri-initiatives.

The bank defaulted on R50bn worth of loan repayments in April this year and in June failed to make interest payments of nearly R120m. National Treasury, which guarantees about R5,7bn of the Land Bank’s debt, has granted it R3bn in emergency equity funding.

The defaults occurred due to the Bank’s liquidity position, which has suffered as a direct consequence of two credit rating downgrades of the Land Bank by Moody’s Investor Service in the first quarter of this year. (The first downgrade in January was of the Bank’s issuer rating from Baa3 to Ba1, and its long-term national scale issuer rating (NSR) from Aa1 to Aa3.

For agricultural producers and investors, the growth expectations for 2020 make a compelling case to act on those strategic initiatives that will consolidate and/or strengthen their positions, given that 2019 required a significant focus on trouble-shooting and solution-seeking in order to head off the wave of environmental challenges.

The sector’s current growth outlook could place agricultural producers that hope to expand operations without taking the full risk on their own balance sheets, in a strong position to seek out suitable long-term partners. Exploring the disposal of certain core or non-core assets can concretise sound additional value for the business, be this to raise capital for the business to create liquidity for either balance sheet optimisation, or to diversify from a product, geographic or currency perspective.

Many South African agriculture groups that remain largely family owned have never before taken the opportunity to realise value from these multi-generational enterprises. Here, a like-minded incoming investor could enable existing shareholders to realise value without losing sight of the family’s interests.

The key now will be for business confidence to rebound, and for stakeholders to act on the sector’s strengths and its testament to having survived a previous tough cycle to deliver economic growth. As one of the few sectors that seems able to successfully rally against South Africa’s economic challenges, agriculture’s investment potential is worth exploring.