Deals predictions, stores to watch and business case for SA retailers who adopt US Black Friday

By: Bandile Ndzishe
The annual retail price slashing marathon and shopping bonanza - Black Friday - falls on Friday, 25 November this year. Just like in 2014 and 2015, queues are expected to start gathering before store opening times in almost all retail stores.

In 2014, South Africans witnessed the arrival of Black Friday from the US with an alacrity that took even retail watchers by surprise. In 2015 the delightful shopping mayhem rose to greater heights when additional stores jumped on the bandwagon and new shoppers entered the fray. Once again this year, the country will be gripped by a frenzy of Black Friday. Many South African shopping centres, supermarkets and shopping districts will resemble the Christmas Eve sales with crowds of shoppers battling, quite literally, for bargains. This speaks volumes about how the retailers will try anything to make the sales and how consumers will do anything to lay their hands on good bargains.

What led the South African big retailers to adopt the big and brash US festival of consumerism?

Gone are the enrichment golden years of milk and honey where it was great to be in South African retailing. There are no unprecedented levels of consumer spending. Retailers are not aggressively adding new stores, launching new concepts, building an online presence, and expanding internationally.

Even though such retail activities still happen, they are not on a massive scale of yesteryear, but rather in a more moderated and controlled manner.

Revenues no longer rise sharply. Profits do not balloon as they did years before and today's share prices cease to soar like Halley's Comet as they did in the good olden days.

Since the beginning of the 2008 financial crisis and recession, if not way before then, retailers have been hitting a wall. Store sales dropped by double digits for many chains. Store closures accelerated, store openings have decelerated, and shareholder value destruction has been massive.

To add more stress and anxiety to retailers, consumers now have more choices than ever before in virtually every category of products and services, as well as in the channels used to acquire them. Shoppers are taking advantage of all the information they can now access to make better decisions. They are getting better at tracking the best prices.

This increased choice and transparency adds to the pressures on retail business. Consumers benefit from increased product selection with lower costs. They compare products online, read reviews, go to the store to interact with the products, and then purchase through whichever channel meets their needs, from lower prices to immediate gratification to personalised service.

For retailers, the increasing number of channels to serve shoppers can lead to a higher cost to serve each consumer. To satisfy an ever-fragmenting consumer base, retailers also must continually upgrade and introduce new products. This increases product development costs and compresses product lifecycles, posing a big challenge for retailers. How will they maintain profitability when customers demand more for less? The long-term decline in ROA suggests that they aren’t, and they will continue to face mounting performance pressures as a result.

Despite all these economic challenges facing retail, resilient South African big retailers see hard times, even a deep recession, as an opportunity to win the loyalty of more customers, increase productivity, and strengthen market position. Hence the adoption of the US Black Friday. Conscious of the strain consumers are under in the current economic climate, South African big retailers adopted the big and brash American festival of consumerism.

The arrival of Black Friday in South Africa confirms just how Christmas, once a Christian festival, has now taken on an irretrievably Stateside materialistic sheen. What is Black Friday and what are its origins?

Black Friday is the American day after Thanksgiving Day that signals the beginning of the Christmas shopping season. It has been in operation in America since before the Second World War.

US retailers kick off the season by offering deep discounts on products for those shoppers lucky enough to obtain the limited supply. Brick and mortar stores traditionally open much earlier than normal business hours, including a few at 12:00 AM – midnight. In recent years, e-commerce sites have also begun offering discounts and free shipping on Black Friday, as well as creating their own shopping holiday in Cyber Monday.

Stores to watch and deals predictions

This year, many more retail stores will join the Black Friday mania to ensure the country experiences the same crazy sales that countries abroad enjoy.

Each year it gets much bigger than the last. A wide range of products and more product categories will be added this year with massive deals ranging from 30% to 50% and 80% discounts on:

To name a few, these are South African big retailers, both online and brick-and-mortar, who adopted the Black Friday in 2014 and 2015. They are the retail stores to watch again during this year’s Black Friday and will be offering from 30% off to 50% off and up to 80% off deals:

The above deals predictions are based on the past promotional behaviours of big retailers during the 2014 and 2015 Black Fridays, which included the following:

It is a well-known fact that Checkers was the first official South African food retailer to fully adopt the US Black Friday sales promotion day. On 28 November 2014, they cut prices up to 50% off on a range of selected general merchandise, food and liquor items for Black Friday. Then, it was their most successful sales and marketing campaign, fuelled by the up to 50% off basic items. The food retailer continued this promotional tradition during their impressive 2015 Black Friday price cuts. I expect that Checkers will continue with this Black Friday tradition this year as well. It has proven to be a hit with their customers and last year they introduced deals that surpassed the 2014 Black Friday deals. This year will see even much bigger deals. Pick n Pay slashed prices by up to 60% on selected products on Black Friday, 27 November 2015. The retailer’s Black Friday catalogue featured several food items, some electronic appliances, and some beverages. Pick n Pay’s Black Friday promotional material captured in the attached flyer shows a price-slashing promise worded, “One day only sale up to 60% off”.

In the past, Makro termed their Black Friday a Pink Friday sales day, playing off their corporate colours. The company had great Black Friday deals and saw customers flock to their stores.

E-commerce companies like Kalahari, Spree, Zando and Superbalist also had Black Friday takeovers of their sites and the companies battled to keep up with the unprecedented response from consumers.

Previously, Kalahari had such great success they ended up extending their Black Friday sales promotions to midnight on Sunday. The company acknowledged that customers want to see big discount deals and once they do, they spread the word socially.

Shopping Spree had a 528% increase in orders compared to the average number of daily orders placed in November 2014’s Black Friday.

Generally, South African consumers embraced both the 2014 and 2015 Black Friday promotions overwhelmingly. The response was unprecedented compared to other previously held promotions of different nature with varied themes. Yes, there were negative sentiments as well, some consumers felt that this was yet another Americanisation of South Africa.

I took time to read online reviews about South African Black Fridays and I came across the following: 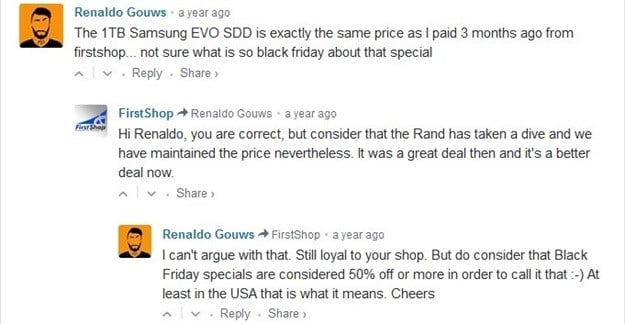 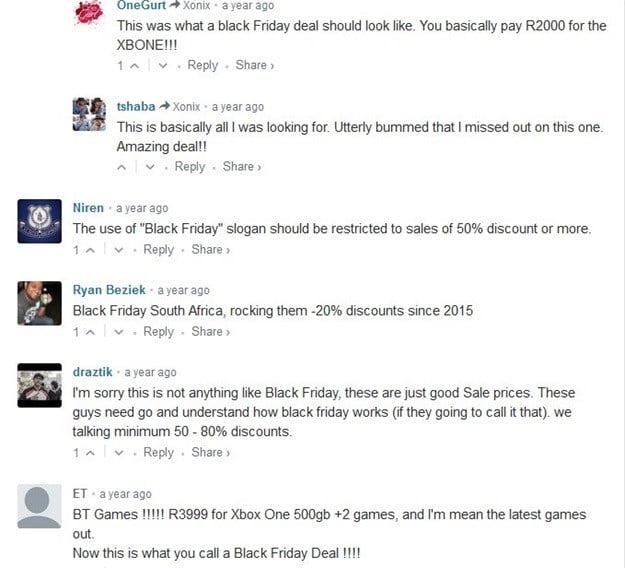 If your brand equity is high, you need to consider whether discounting could devalue your brand in the eyes of your customers. Do your products have high margins that can sustain discounting or do you have a lot of stock to shift? Understanding these areas as a first step will help you to work out whether Black Friday price slashing would be right for your business.

Knowing whether participating in Black Friday discounting is in keeping with a retailer’s brand image is important. It may not be the right move for every retail business, and those that do participate should be well prepared to meet the shoppers' needs as advertised during the shopping mayhem. 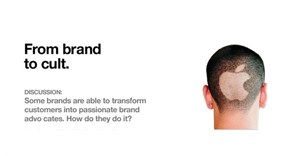 #ABSA-&-Coca-Cola-GET-IT: But can they convert the lives they changed into active brand communities?3 Nov 2016 Is it wise for brands to insult black township consumers who are worth R100bn?12 Oct 2016 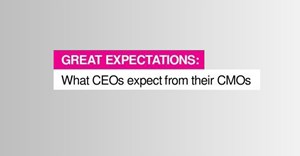