8 Jul 2013 | Email | Print |  PDF
The University of Cape Town (UCT) hosted the first ever African Urban and Youth Language Conference on 5-6 July 2013 at the Lady Hamilton Hotel, Cape Town. Leading scholars from around the world discussed language variation and change at the conference, which was organised by Dr Ellen Hurst, a lecturer and researcher in UCT's Humanities Education Development Unit. 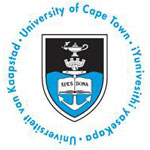 Tsotsitaal was one of the topics at the conference where language experts from around Africa shared their knowledge and research. African urban and youth language varieties provided striking examples of mixing, coinages, syntactic change, lexical innovation and other dynamic language phenomena.

Princess Bembe (PhD student in Linguistics, UCT) talked about a subcultural group in Kwa-Thema, Johannesburg, who call themselves "Pexars". They are extravagant in their clothing and lifestyle, and use mainly the language variety, Is'camtho, with a slight "twist" which they claim is influenced by Is'tariana (a broken version of Italian). Her research additionally features a juxtaposition of two youth groups: those who attend ex-model C schools, use English and reside in townships; and those youth who reside in townships and attend township schools.

Roland Raoul Kouassi, Alain Laurent Aboa (both from the Université Félix Houphouët-Boigny, Ivory Coast) and Jeffrey Heath (University of Michigan, USA) discussed Nouchi (aka Noussi), an urban lingua franca that initially developed among ghetto youth of several ethnicities in Abidjan, Ivory Coast, in the mid 1970s. Research by Kouassi, Aboa and Heath outlines a plan for the documentation and preservation of samples of Nouchi speech and music. This plan also includes the recording of interviews about the cultural status of Nouchi, which will be disseminated later in written and multimedia form to academic and popular audiences.

Heather Brookes (Schools Development Unit, UCT) and Tebogo Maribe (MA student in Linguistics, UCT) explored the nature and social meanings of gestural styles among black male youth in a Johannesburg township. Brookes and Maribe found that gesturing was most elaborated in the communication of male youth in their teens and twenties when they gather together on their local townships' or neighbourhoods' street corners.