By: Earle Holmes, Issued by: AFDA
Dr Janet Van Eeden will be taking on the title of Afda Durban Campus Dean officially come 1 July 2020.
Janet's years of service at Afda have created in her an innate sense and understanding of our culture, our pedagogy and educational promise - coupled with leadership skills and effective relationship building - we have no doubt she will prove to be very valuable in her role.

"I am honoured to be offered the position of Dean of Afda Durban. It wasn't an easy decision for me as I've loved my tenure as Head of Post Grad these past four and a half years. Post Grad has been a very happy home for me. However, I felt it was time to explore a bigger challenge and to contribute more to the greater good of the Durban campus. I was one of the original staff members of this campus in 2013, and I've watched the institution grow up through the rubble. From my early days as Production Course Administrator and Screenwriting lecturer, I've always put my heart and soul into developing the students to become the best they could be. I now look forward to continue this role in a larger way, and to enable the staff, as well as our students, to reach their full potential, as filmmakers, playmakers, academics and human beings. I hope to make Afda Durban a creative hub of excellence and aim to specialise in certain areas, but - most importantly - I want to make the campus the place everyone wants to be. I'm under no illusion that this is an easy task, but I'm going to do my best in this endeavour," says Janet.

Janet has written over 20 feature-length screenplays as well as numerous short films, written and produced six stage plays (and directed two) and taken each one to the National Arts Festival, with funding from the National Arts Council. She writes and script-edits many feature films for the KZN Film Commission. A full-length feature film she wrote, White Lion, was released internationally in cinemas in February 2010.

She won the 2011 Vodacom Journalist of the Year Award as a Columnist for The Sunday Independent. She wrote and produced the short of A Shot at the Big Time, directed by Stephen de Villiers, which premiered at the Durban International Film Festival in July 2013. In May, 2014, Shot, the short was selected for the Cannes Short Film Corner, Metrage.

In 2015, the Writers' Guild of South Africa nominated three of her stage plays for the Award of Outstanding Achievement in Produced Stage Plays. She won the Muse Award for A Matter of Time. She is currently producing A Shot at the Big Time, the feature.

Janet is also a script evaluator for the KZN Film Commission and the Durban Film Office and was the Overall Chairperson of the Simon Sabela Awards in 2018 and in 2019. She was also the Supervising Juror for the 2019 Durban International Film Festival.

Janet was an invited speaker at the 2018 London Screenwriters' Festival in London and was invited to speak this year too. Unfortunately, the festival was postponed to 2021 due to Covid-19.

The National Film and Video Foundation (NFVF), an agency of the Department of Sports, Arts and Culture and custodian of the South African Film and Television Awards (SAFTA's), selected Janet to act in the capacity of the Overall Judging Chairperson of the SAFTAs Judging Committee for the next three years.

Janet is on the National board of SWIFT (Sisters Working in Film and Television) in charge of Skills and Mentorship. 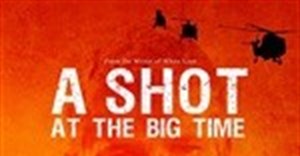 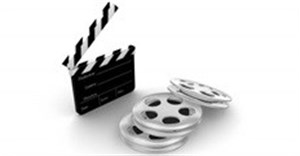 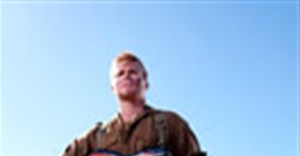