17 May 2022 | Email | Print |  PDF
By: Lance Branquinho
Toyota SA's Prospecton plant was severely impacted by recent flooding in KwaZulu-Natal. Now South Africa's biggest vehicle brand must begin its recovery... but it won't be a simple task. Corolla Cross hybrid production was another benchmark project for Toyota South Africa and its KZN assembly facility.
There might be many brands that trade locally, but Toyota is the cornerstone of the South African new-vehicle market. It dominates, with a 30% market share.

Every day, Quantums mobilise most of the country’s labour force; Hilux bakkies make the mining, engineering and agricultural industries work. And, in a market that has lagged badly in terms of electrification – with few petrol-electric, let alone battery-electric vehicles available to consumers – well, Toyota has set new hybrid sales records with its Corolla Cross.

Toyota South Africa rarely makes mistakes. Okay, the Innova was one, but insofar as product strategy and shaping model ranges to South African customers’ needs are concerned, the Prospecton-based firm schools most of its rivals.

For other product marketeers, Toyota is a nightmare. Toyota’s vehicles aren’t technically superior to those of its rivals, but they are durable, perfectly specced, and distributed through a well-resourced, respected dealer network.

But even Toyota can’t control the weather. The company’s South African production asset is an anchor of KZN industry and employment. And it’s not going to be building any new Hilux, Fortuner, Ses’fikile or Corolla Cross units for a while.

Record sales – then a big drop

The tragic flooding has impacted all aspects of life in KZN and, for Toyota South Africa Motors (Toyota SA), it represents the company’s most severe production disruption in South Africa.

Toyota SA’s success best illustrates the scale of this issue. For the first three months of this year, the Japanese brand tallied new-vehicle sales of 12 480, 13,458 and 15,008 units. That last number was for March and set a new record – despite a global supply chain issue due to a shortage of microchips. About two-thirds of Toyota SA’s sales volume is also locally built and, if you follow this logic, you start to understand the problem.

How bad is the disruption? Toyota’s sales fell by 40% from March to April. And that’s due purely to supply disruption. In a recent news interview, Toyota CEO Andrew Kirby mentioned a total production disruption of 45,000 units being possible. For context, that’s nearly three times the size of Isuzu’s entire South African new-bakkie business. Imports will come to the rescue, to an extent. But the Hilux won’t have a record sales year in 2022.

Where else will they get Hilux?

Going from a record sales month to nearly half of that is not something that can be smoothed over. Parts suppliers predict that Toyota’s South African production will be out of commission for three months.

Local executives have admitted that the plant is still being cleared, and a comprehensive damage assessment is yet to be made. A realistic timeline for restarting production is not even on the table, at least not yet. That said, Toyota has experience managing climate and natural disaster emergencies across its global portfolio of production assets.

A total of 57 maintenance engineering experts from Toyota’s global pool of specialists are now on-site in KZN. They understand severe weather-related damage and restarting complex automotive assembly and restoring supply chains… Lessons were learned after the 2011 tsunami disaster in Japan.

Toyota customers are going to experience significant disruptions. The company has a powerful global network of facilities that produce Hilux, but none of them is close to us. Global shipping remains a mess and the port of Durban, not to mention KZN’s road infrastructure, will require a lot of repair work.

Cars don’t have to be parked in containers for shipping. The container shortage afflicting much of global trade is one less thing for Toyota SA to worry about, but the logistics of landing and distributing a vast number of imports, many times more than has been done before, will be challenging. Toyota had raised and insulated electronic modules after previous floods, but this time, the water level rise was immense.

Is SA-spec a unique challenge?

No, not really. Few companies are quite as skilled at industrial engineering as Toyota and the Japanese company has amazing global integration, with the ability to build what it needs, wherever it wants.

Beyond KZN, Toyota’s global production assets for Hilux are in Thailand, Argentina, Malaysia, Pakistan and India. Since the millennium, Thailand has positioned itself as a global centre of excellence for mid-sized bakkies.

The market most similar to South Africa is Australia. Toyota Down Under’s Hilux bakkies come from Thailand. This could be from where the local Hilux shortfall might be supplemented… Australian Hilux customers are of a similar user profile to South African double-cab owners and enjoy high-level ownership satisfaction with their Thai-built bakkies.

What could be different? Possible limitation on Dakar spec graphic kits? As a purely cosmetic add-on, it should hardly be an issue. Prado is imported. So is RAV4. But the loss of Fortuner supply will be notable.

Despite the best alternative sourcing, Toyota will have a shortfall of Hilux supply during the next few months. The discrepancy between demand and supply will be available for conquest by rivals, but which brands are likely to swoop in?

Ford is navigating the complexities of preparing to produce the new-generation Ranger at its Silverton facility, which could limit any potential surge in supply. Nissan Navara? Despite the brand’s Rosslyn facility having greater product diversity than before, its sales numbers remain low – the Navara has hardly threatened the Hilux’s dominant position in the market, so why would buyers flock to Nissan dealerships unless they absolutely had to have new bakkies right away?

The big winners could be Isuzu (new D-Max) and GWM (P-Series). After making local bakkie customers wait a ridiculous two years beyond the model’s global launch, the D-Max is finally in stable production locally. And Isuzu possesses the brand legacy and product portfolio to rival Hilux and act as a fair substitute for customers who want a new bakkie – and don’t want to wait.

GWM’s competitive pricing (allied with generous specification) could see those who are desperate for a new Hilux, but can’t get one, pivot to a Chinese brand. Granted, it’s something that a legacy Toyota Hilux customer would not ordinarily consider, even at the lower spec grades. But long waiting lists could tempt some to switch brands – and there’s no arguing with GWM’s value offering.

Toyota should recover some of its 40% Hilux shortfall (from March to April) in the coming months, so don’t expect that 40% discrepancy between demand and supply to continue. However, there might be a few hundred units of Toyota bakkie customer demand up for grabs in the local market for the next quarter.

What happens with those export credits? They can be used to reduce tariffs on imported vehicles (usually premium models) in the broader Toyota product portfolio. Export credits can also be sold to other brands that wish to reduce the import-tax burden on their vehicles. Trading at record residuals even before the production disruption. Expect full-spec Hilux values to soar.

Will customers wait? Or move to other models?

For Toyota dealers, who are easily the most profitable in the local industry, the disruption of Hilux, Fortuner and Corolla Cross supply spells disaster. Record demand has enabled Toyota outlets to run an enormously successful business.

The RAV4 is imported and could be an acceptable alternative for some Fortuner customers, but the latter’s volumes are huge. With Hilux, there’s little option but to wait. Few double-cab customers will consider trading up into a Land Cruiser 79.

Stock-issue shortages will be the biggest challenge Toyota’s local operations and dealers have faced in decades. Future planning around better containment of the Umlazi River, when it floods, must be an infrastructure project of the highest priority for Durban authorities.

One thing is for certain. There will be no discounting on any Hilux price negotiations, new or used, for the next few months. 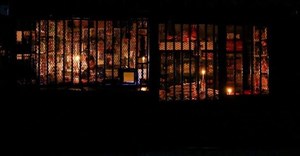 eThekwini residents told to brace for load shedding17 hours ago 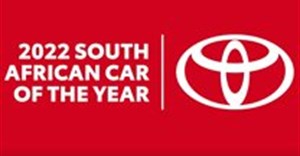 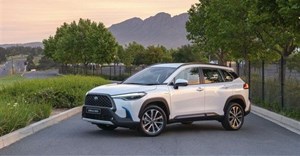