2015: The year the consumer found another way

By: Jaco Pienaar
It seems for every two steps forward, the media landscape in South Africa has taken one step back in 2015. From an increase in the number of local paywalls and the elimination of many comment sections on news sites, to the #feesmustfall and freedom of information movements, this was quite an eventful year.
Underpinning all of this is the rise of connectedness in the country.

Thanks to more affordable mobile devices, faster internet speeds, and an ever increasing number of public WiFi hotspots, many South African consumers have made a relatively smooth transition to the digital world. This brings with it not only access to information but also an awareness of many societal issues that was once considered hidden from the media agenda.


The fact that several news sites have redoubled their efforts to get readers to pay a subscription fee to access content online, has not halted the spread of information. While some have reluctantly subscribed, many have found other sources of content. Social networks seem to be the winner in this tussle with Facebook, Twitter, and Instagram all benefitting from increased active members. Even instant messaging platforms like WhatsApp and WeChat have shown solid growth in South Africa this year as a result of this.

With News24 and IOL leading the charge of disabling reader comments, discussions around articles and other matters of interest have moved to social. Irrespective the merits of this media strategy, many commenters (as opposed to commentators) have found alternative platforms for their discourse.

The ever-increasing reliance on social has seen more people using alternative sources for their news content. This has had the unintended benefit of even faster social content sharing as related to not only local issues but international ones as well. From #feesmustfall to the Paris attacks, social has played a continued role in acting as the glue tying multimedia content together whether that is live from the protests or viewpoints from survivors.

Disintermediation of the media is certainly not a new construct. Many analysts have predicted this for years but 2015 has certainly heralded a change in the way many South Africans view their content. They are more aware of media bias (reporting on the Lebanon bombings versus the Paris attacks), brands in crises and how they manage it (Woolworths is always a popular target), and the importance of freedom of information.

More content sources bring with it more data being disseminated. Companies (whether in corporate or media houses) have woken up to the potential that analysing this influx of data in real-time could have for the business bottom-line. Suddenly, analysis and understanding data in the context of business strategy have taken on new meaning. With consumers demanding real-time engagement, brands need to approach their end-user touchpoints better.

Momentum has clearly shifted to favour the connected citizen in the digital landscape. If companies and the media are to remain relevant in the eyes of their target market, they need to adapt faster to new requirements and embrace change more fully.
NextOptions
›
Email Print PDF
Follow #BizTrends2022: 3 trends to consider in the ever-changing SA digital landscape5 hours ago 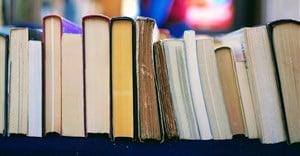 7 Questions to ask your digital media partner: From an agency MD20 Jul 2021 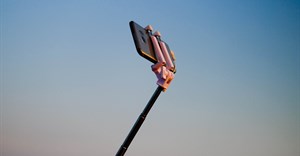 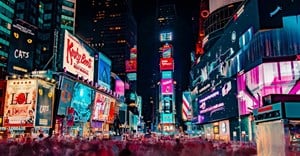