Russian Bear Vodka gets the growl ahead

16 Oct 2006 | Email | Print |   PDF
Last week, the Advertising Industry Tribunal ruled in favour of Russian Bear Vodka in the dispute between Russian Bear and Smirnoff Red Label Vodka when it dismissed the appeal against a former directorate ruling. Advertising agency JWT had lodged a complaint against the Edward Snell & Company with the Advertising Standards Authority (ASA) of South Africa on behalf of Brandhouse, the proprietors of Smirnoff Red Label Vodka.

According to Chris Weeden, marketing manager for E Snell & Co, the ruling is satisfactory: "We are delighted that the appeal was dismissed. Liquor packaging is undeniably influenced by international fashion trends and vodka is no exception. The new Russian Bear bottle reflects this shift in vodka packaging trends to taller, slimmer bottle shapes.

"There are in fact 13 significant design differences between the two bottles and the Russian Bear bottle has been designed to appeal to a completely different target audience. Russian Bear remains triple distilled, charcoal filtered with zero impurities and zero guilt."

Smirnoff submitted that the advertising campaign for the recently released new look Russian Bear Vodka packaging exploited the advertising goodwill of the Smirnoff Red Label campaign. The complaint against Russian Bear also objected to various elements of the campaign, including the packaging and bottle shape.

The ASA Directorate ruling stated that "It is certainly fair to conclude that Russian Bear has consciously brought itself in line with the international market norm. There is not, however, sufficient similarity for the Directorate to conclude that Russian Bear has consciously copied the Smirnoff Red bottle. This is particularly true if regard is had to the very different labeling of the two bottles. As such, the Russian Bear bottle shape does not breach Clause 9 of Section II of the Code."

"While it appears to be the case that the bottle shape has been used extensively in the Smirnoff advertising campaign, the Directorate is not satisfied that consumers in South Africa would make the necessary association between the bottle shape and the product.

"It is also noted that the bottle shape has not been emphasised as distinctive in the advertising campaign. The labelling of the bottles is distinctive, and seen in this context there is no potential for confusion arising out of the shapes of the bottles. The respondent's packaging is therefore not in breach of Clause 8 of Section II of the Code."

After listening to argument and considering all the documentation and evidence placed before it during the appeal, the AIT could find no reason to disagree with the initial ruling of the ASA Directorate. The AIT found that the reasoning of the Directorate is sound, and should be read as if specifically incorporated in the AIT's ruling.

The full ruling can be found on www.asasa.org.za. 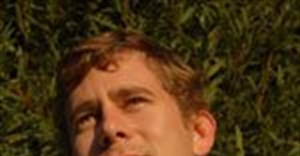