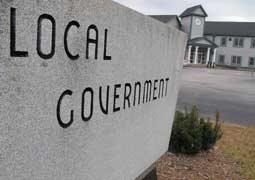 The new law aims to improve the lives of South Africans at the local level by, amongst others, ensuring accountability and barring senior officials in local government from holding political office.

“The amendments passed by Parliament show that the concerns of communities have been heard and been acted upon.

“A capable, ethical state requires a strong foundation at local level, and the new law will go a long way to building communities’ confidence in local government and enabling stronger partnerships and cooperation between municipalities and the communities they serve,” President Ramaphosa said.

In a statement, the Presidency explained that the new legislation is important for “preventing the abuse of public resources and stamping out the sheltering of officials who move from municipality to municipality following wrongdoing”.

“Among its far reaching interventions, the new legislation provides for the Minister of Cooperative Governance and Traditional Affairs (Cogta) to make regulations relating to the duties, remuneration, benefits and other terms and conditions of employment of municipal managers and managers directly accountable to municipal managers,” the statement read.

To strengthen governance and to attract quality expertise, local municipalities will now be able to cast their recruitment net further than they could before.

In addition, the Presidency explained what is meant by the holding of political position while working for a municipality.

“Political office refers to the position of chairperson, deputy chairperson, secretary, deputy secretary or treasurer of a political party nationally or in any province, region or other area in which the party operates. Other political rights of senior managers are unaffected by the amendment and they remain entitled to enjoy and exercise these rights freely,”

In order to root out consistently ill-disciplined officials from local government, municipalities will now be barred from hiring would be officials who were found guilty of wrongdoing for at least five years.

“A staff member dismissed for financial misconduct contemplated in the Local Government: Municipal Finance Management Act, 2003 (Act No. 56 of 2003), corruption or fraud, may not be re-employed for a period of five years.

“Municipalities are now required to maintain a record regarding the disciplinary proceedings of staff members dismissed for misconduct and forward it to the provincial Member of the Executive Council for local government, who must forward it to the Minister to keep and make available to municipalities as prescribed,” said the Presidency. 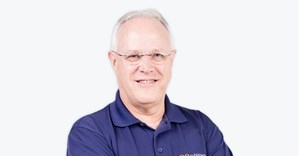