Africa to work with China on food security

26 Jan 2015 | Email | Print |  PDF
During a meeting with the Agricultural Delegation of China's Sichuan Province in Kampala in August 2014, Ugandan vice-president Edward Ssekandi requested that China increase its investment in African agriculture.
He added that the agricultural mechanisation of Uganda needs to be promoted, agricultural output should be increased, and that the government of Uganda welcomes Chinese investment and will continue to devote itself to strengthening relevant cooperation between the two countries in the agricultural sphere, as well as work to protect China-Africa food security.

Currently, the productivity of African agriculture is extremely low, as are its levels of internationalisation and technology. As such, there is much room for international cooperation and investment.

Said Adejumobi, chairman of the Southern African UN Economic Commission for Africa (UNECA), pointed out that African economic development depends to a great extent on agriculture, and that 60% of African people depend on agriculture for a living. He emphasised China's role in this regard; he believes China has always been an important partner of Africa, and that further cooperation between China and Africa is possible in terms of investment in agriculture.

African agriculture has much potential for development. As Senegalese prime minister Abdoul Mbaye said at the conference, on The Implementation of Detailed Planning of Agricultural Development of Africa, Africa has very large and rich agricultural resources, but is still the only net food-importing continent in the world. He added that under the double blow of soaring grain prices around the world and the global financial crisis, African food security is seriously threatened.

Mbaye said the government of Senegal believes the problem of feeding its own people should be solved through a series of effective measures for promoting agriculture output, and not by relying on foreign food aid.

Self-reliance has always been the basic agricultural policy of China. Under globalisation, China and Africa will need to put more emphasis on food self-reliance, and try to reduce dependence on foreign imports. Although the comparative benefit of the food industry is low, it is in fact the most important aspect to ensuring national security.

Maintaining national food security should be done on the basis of domestic reality, and should also adapt to the new reality of economic globalisation. Opening up at "home" and opening up to the outside world will better integrate their "bring in" and "go global" strategies.

While the potential for scientific and technical cooperation between China and Africa in agriculture is huge and has an extensive future, overall there is currently still a lack of deep understanding on the development level of agricultural science and technology in Africa.

Due to the environmental and climatic differences between Africa and Asia, it is difficult to know whether many advanced agricultural breeding and production technologies of domestic scientific research academies and institutes can truly promote sustainable application on African soil. It is also uncertain if improvement and adjustment should be made on the basis of enhancing the training in and enlarging the popularity of Chinese agricultural technology, and through a variety of methods such as joint capital, low-cost finance, technology appraised as capital stock, and technology transfer.

Kenny Chiu is an executive in, and head of, ENSafrica's China Practice Group.

Under globalisation, China and Africa will need to put more emphasis on food self-reliance, and try to reduce dependence on foreign imports.
Source: The Times
NextOptions
›
Email Print PDF 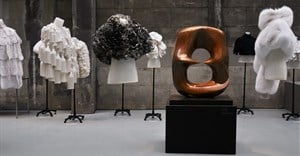 Globalisation is irreversible, despite protests24 Jul 2017