Internet radio: It's all in the numbers

4 Jun 2012 | Email | Print |  PDF
By: Richard Hardiman
One of the most consistent questions we get working in internet radio is where we get our numbers? Predominantly the question comes from those working in commercial radio and people interested in how we operate and create revenue flow. 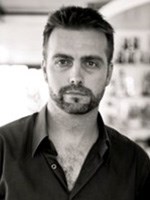 The irony of course is that were we just a straight website operating in the online environment, people wouldn't ask the question. In the online world of websites, we have established a measurement for traffic, assigned a value to it over the last ten years that is accepted and traded upon. To get to an audience size via a website we count the number of hits to the site on the server and then work out unique hits against overall site hits and derive an audience figure and reach from there.

In the online world it is that simple; it is ones and zeros.

In terrestrial radio, audience is worked out on a quarterly basis, and while it is based on some very sound statistics and analysis it is at the end of the day worked out on a qualitative basis rather than quantitative. Such is the nature of the way information is collected via diaries it is prone to data errors and of course the subjectivity of those being interviewed for information.

Very simply what are known as "diaries" are put into general population with statistic gatherers knocking on doors and asking you what radio station you listen to, how often you listen, when you listen etc. Added to this are age, race and the important statistical information required to build a decent picture of who listens to radio and how they go about doing it. It is akin in many respects to a Census count for radio listeners.

The number of diaries that come back are then extrapolated according to the population district they come from and a figure for each station, age and population group worked out.

I am over simplifying this I am sure. The actual statistical breakdown is very complicated and in-depth process but the fact remains it is prone to statistical errors and subjectivity.

While it's not an exact science it is an industry benchmark; everyone sings from the same hymn sheet and growth and decline can both be measured against the competition.

I should add that after 15 years in broadcasting I have yet to have anyone knock on my door, stop me in a shopping mall or the street to questions my radio listening habits. I can categorically state, I do not know nor have heard of anyone who has ever been through this process. Obviously it is happening but as yet I haven't come across someone who has been through the process.

So where does the irony come in?

Measuring the audience is quite exact

While Internet radio is still finding its feet in many respects in South Africa, it is still online. We deal in binary code as much as the next online entity. Just as you measure a website's hits on a server, so you measure an audience for online radio.

IP addresses allow us to measure how many are listening, for how long, from where and when. It's not extrapolated data, its not based on qualitative research; it's very much in black and white which, just like online entities in the digital era, means that measuring an audience is quite exact.

Combined with online questionnaires aimed specifically at our audience we can further break down our knowledge base into LSMs, race, spending power and beyond.

One of the strongest USP's for an online station is the ability to know their audience quite intimately. Combined with knowledge down to exactly what device there are tuning in on, it's a powerful tool for any media planner or client wanting to pinpoint an exact audience fit for their brand or product effectively.

In the last two years we have found a growing interest in spending online on radio and a growing base of clients who are seeing the results.

At the start there was a lot of passing the buck with agencies. Digital would hand us over to the guys that dealt with radio, and the radio guys would immediately hand us off to the digital desk; whilst we were unknown quantity, we were defiantly online so not within in their gambit.

Much of that education process is now coming to the fore and the understanding that online radio offers a real audience based on real numbers is starting to become a very appealing opportunity to both agencies and direct clients alike.

The benefit of knowing exactly whom you are talking to has obvious and far-reaching advantages. While quoting large listenership figures may sound impressive to clients, if you are a blue chip company or are selling a product that 80% of the population could not hope to afford then are you not wasting your cash? Would you not rather focus on those who can afford to interact with your message and do so with results?

An online audience in SA is a prequalified audience from the get-go. To be web enabled in South Africa immediately puts you in the upper echelon of our society and therefore removes the lesser 80% of the population that may hear your message but are unable to act on it.

*2oceansvibe radio gets its audience statistics from an independent company (www.netdynamix.co.za) and does not compile its own audience figures.
NextOptions
›
Email Print PDF

Richard Hardiman: After 15 years in with one foot in the world of the internet gambling industry and the other in the world of commercial radio, Hardiman attempted to make his life uncomfortable. Betting on online radio as a new content platform in SA, he got behind 2OV.fm, partnering with the author of "the vibe", Seth Rotherham founder award-winning blog-turn-news site, 2OceansVibe.com In two years the station has established itself as a leading digital brand in its field and now boasts studios in Cape Town and Johannesburg and an average listenership of 35 000 an hour and growing.
Don't miss BizTrends2022 - 7 keynote speakers forecast trends shaping business in our region! Register now! 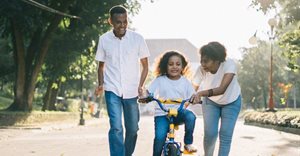 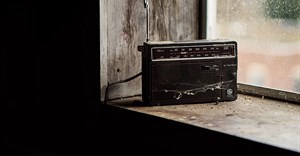 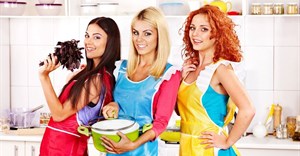 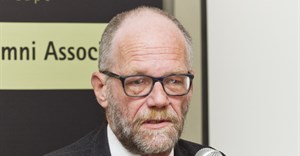 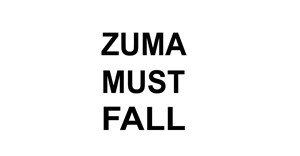 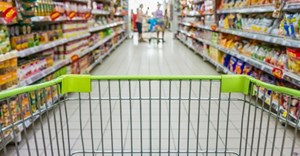