Education in South Africa - improving the system with art

By: Robin Fredericks
Non-profit organisation, Dreamer Education teamed up with Youngblood Arts and Culture Development to showcase how music, dance and art can be used as a learning tool for teaching mathematics in schools.

The month-long exhibition, titled Vanguard: A month where math meets art, was created with the aim to connect ideation, dialogue and collaboration between education and the arts. It includes dialogue sessions, pop-up dance events and workshops, which focus on teaching basic math concepts through dance and music, as well as a three-storey mathematics inspired visual art exhibition featuring artists such as Robyn Pretorius, Lindsey Appolis, Kelly-John Gough, David Griessel, Kosie Thiart and Raebeam.

Kurt Minnaar, founder of Dreamer Education, gathered prominent voices in both the education and art industries – including Laura Collura, principal of the School of Hope; Jesrael Jacobs, Lead SA ambassador; Ashley Visagie, founder of BottomUp; and Yaseera Adonis, provincial chairperson of NAPTOSA – to focus on the conversation of education in South Africa for the first leg of the dialogue sessions, which took place on 12 October 2017. Minnaar opened the dialogue session by introducing the panel to guests, stating that it was designed with the hope of finding ways to change the education landscape and change the conversation surrounding it, as well as getting the youth to become critical thinkers.

Visagie opened the session by saying that we need to seriously address the dropout rate within South Africa and look to finding solutions and asking ourselves, what it is that’s actually disconnecting the youth from the system?

With reference to Minnaar’s fusion of education and maths, Visagie said that school work has the ability to end up being interesting and fun if done the right way. Quoting Norma Gonzales book, Funds of Knowledge, Visagie read out loud that “'The key point is that human beings and their social worlds are inseparable. They are embedded in each other, thus human thinking is irreducible to individual properties or traits; instead, it’s always mediated and distributed among person, artifacts, actives and settings'.”

“What Kurt is doing is amazing. To be able to fuse hip-hop with mathematics. I think what we need is relevant teaching methods that actually draw on the cultural funds of knowledge of the students that we’re working with. Hip-hop actually transcends race and boundaries. We need to be able to, as educators, draw on those funds of knowledge, on that force of life and find ways where schools can actually become a place where you want to be. An art gallery actually piques your curiosity, but the moment you walk through a school gate it's bland and boring and it’s not really a place that invites you in and that you want to be at,” says Visagie. Adonis added to this, saying that what we need in the Western Cape is to access a curriculum, addressing a question like, “How do I allow my educators the space, time and resources to be beneficial in the classroom?”

“A teacher has to be a social worker, an occupational therapist, a counsellor, with limited amounts of time. How will the system engage these teachers and the pressures that they face? How do we even address the child’s interest; which should come first? That should be parallel. Without educators we don’t have a schooling system – how do we look after these two vital components in education so that we, as citizens, can make a difference?” said Adonis.

The problem of inequality

With the rising number of unemployment in South Africa, it is clear that the youth are no longer interested in school – in being better – and for the most part, it is as a result of the socio-economic challenges that they face.

Collura suggested that one of the main problems identified is inequality, with not many of the youth having access to Wi-Fi, or parents that care or even a supportive environment. “There’s no Wi-Fi, no guidance, from the basics, even your stomach growling, there’s a disparity there. A huge gap. Art has a way of transcending and closing the gap between the haves and the have-nots.”

Collura continued to say that implementation is important to fill this gap. “Sometimes there isn’t time to get into the content to make a real difference for the student. Educators end up hoping that someone will help them at home. Another problem is parents who don’t value education. Then there’s also the factor of fear. For most of the kids, getting to school could be life-threatening. We don’t know what’s going on at home and that needs to be addressed.”

When it comes to considering the youth of today, Jacobs says that it’s important to be able to shift our minds and therefore the culture – that we’re going to have a teacher with dreadlocks, that wears a hat in class. “We not going to say, well Mr. Minnaar, I would much rather prefer you wear a bow tie and shirt, so much so that it stifles his creativity as an educator thereby only giving 50% of himself, a diluted version of himself to a learner who is desperate to soak up as much information as possible, for me, that’s a travesty.” On the issue of national government's proposal to no longer make maths a compulsory passing requirement for Grades 7 - 9, Jacobs says that for him, could affect the youth’s capacity to think critically and that that is something which also needs to be addressed to move forward, progressing their grades and implementing programmes that could be beneficial in the long run.

“The curriculum seems to be the biggest barrier at the end of the day, not the teacher," says Adonis. "There was time to review things before; today, education has become compact and so dense and if kids don’t get it the first time, then they are completely lost. How do we address this, how do we get kids to be interested? There’s no time to take things into consideration.

"Our educators had all that time. Time has depreciated. No one was ostracized. Now we find kids are not going to school, that they can make more money on the streets – that they say that they don’t belong," Adonis continued. "It always comes down to the psyche, making a difference, being a part of that. Are our schools giving that to our learners, are our educators trained to understand that about our learners? Does the administrative burden become such a burden to just follow the mandate and let kids go and the work is done? So, it’s not the educator who is the barrier, it could be the policy created. The barrier seems to be greatest between the curriculum and what is expected of the child.”

Minnaar concluded the session by saying that we need to shift the way in which we teach and the way in which we connect with the kids. “There’s more visual available when you’re younger, but as you grow, it stops. What do we need to do in class to change the game? It’s about using various methods, innovating and changing the classroom. Educators need to tap into the kid’s world and become a part of it. It becomes dangerous when you don’t do this.”

The next Maths meets Art session will take place on 19 October 2017 at 6.30pm at the Youngblood Art Gallery - for more information, visit the Vanguard: A month where math meets art on Facebook. In conversation with our new Miss South Africa22 Aug 2022 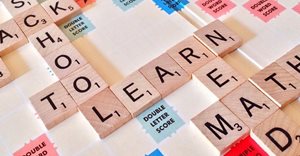 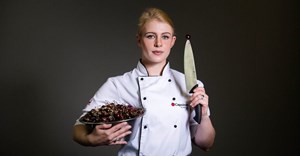 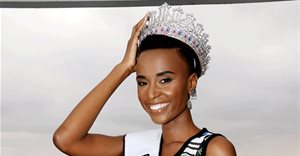 SA needs to move away from traditional teaching methods11 Apr 2019 Full STEAM ahead: Practical approach to building confidence in the classroom9 Apr 2019 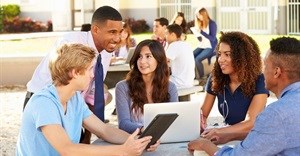