By: Frank Graewe
Professor Frank Graewe teamed up with the World Craniofacial Foundation and Smile Foundation SA to help give normal lives to two African girls who suffered from serious skull defects. The international teams utilised advanced 3D printing technology in order to prepare for the gruelling surgeries.
Grace, a seven-year-old girl from Zambia, was born with her eyes extremely wide apart and with no bone separating her brain from her oral cavity. Last year, she had received extensive craniofacial surgery in Mexico City that resulted in a severe postoperative infection. The infection left her with a serious bony skull defect that, without further surgical intervention, would necessitated her having to wear a helmet and constant protective gear for the rest of her life. The World Craniofacial Foundation (WCF) facilitated bringing her to Cape Town to be treated by Professor Graewe and a team of visiting WCF surgeons at the Tygerberg Academic Hospital.
Akikere, a six-year-old from Nigeria, suffers from Crouzon syndrome, a genetic disorder characterised by the premature fusion of the skull bones and cranial base. The surgery was necessary to improve an upper airway respiratory obstruction and to improve intracranial pressure and the shape of her skull. During the surgery, her face and forehead were detached from her skull, and over time, her face will gradually be pushed forward with the aid of specially designed "distractors" implanted during the procedure. This kind of surgery is only performed in highly specialised craniofacial centres around the world.

"Neither of these patients would have been able to lead a normal life without these surgeries and both patients are recovering well," says Graewe. "I sit on the advisory board of the WCF and have a longstanding relationship with the organisation and its founder. The WCF were looking for a reliable unit to conduct the surgeries, and I was happy to put our team forward."

Each patient was initially admitted to Tygerberg Academic Hospital, where CT images were made of their skulls, then were sent to the US where models of the skulls were made using 3D printers. In Grace's case, the model of her head was of critical help in the manufacture of artificial bony structure that, over time, will be transformed into natural bone. Few patients in the world with such a massive skull defect have ever been successfully treated and her prognosis is now bright.

The materials for the modelling and framework alone cost about $70,000, and without funding from the Smile Foundation SA and the WCF, the surgeries could not have taken place. Assisting Professor Frank Graewe in both surgeries was Dr Kenneth Salyer, the Founder and Chairman of the World Craniofacial Foundation and two neurosurgeons, Professor Bennie Hartzenberg, the Chief Neurosurgeon at Tygerberg Academic Hospital and Dr Derek Bruce a paediatric neurosurgeon from Washington.

"As chairman of the WCF," says Dr Sayler, "I am thrilled that these surgeries were performed here in South Africa. The expertise and passion that the team showed was incredible and we are very happy with the progress of our young patients."
The two surgeries took the team, who offered their time and expertise free of charge, eleven combined hours to complete and both patients are doing well. Grace has returned to Zambia and Akikere is recovering well at Tygerberg Academic Hospital. "We need to push the limits and boundaries of technological advancements to ensure that patients with these types of defects have the best possibility of leading a normal life," says Dr Bruce. "Our work on Grace's case was groundbreaking and we are very pleased to be able to utilise 3D printing in order to bioengineer bone for the surgery."

To donate to the Smile Foundation South Africa, go to www.smilefoundationsa.org and for the WCF, go to www.worldcf.org.
NextOptions
›
Email Print PDF
Follow 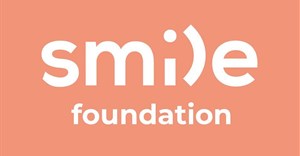 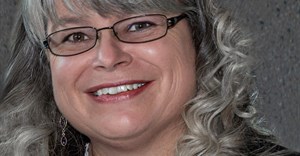 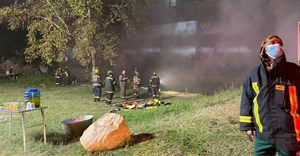 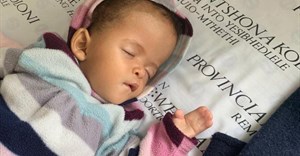