Keeping up the Vigil

By: Eugene Yiga
Following its premiere on the main programme at this year's Grahamstown National Arts Festival, Vigil brings together three multiple award-winning South African theatre luminaries for a season at Cape Town's Fugard Theatre. We spoke to actor and producer Graham Hopkins about his role in this black comedy. 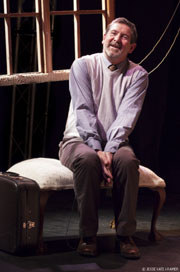 Eugene Yiga: Without giving too much away, what is Vigil about?

Graham Hopkins: A nephew receives a letter from his old and dying aunt. He rushes to her bedside. What transpires is not what he expects. In fact it is not what anyone expects, but you need to see this highly entertaining play to experience the absurd and funny twists in Vigil's tale.

It is a quirky, dark comedy, which is constantly surprising and, by turns, both hilarious and deeply moving. It is about life and death, family, loneliness and the often unlikely connections between people. It is wildly irreverent about death, without ever being obnoxious or distasteful.

EY: And why do you think it's been so well-received around the world? [The play has been translated into 19 languages.]

GH: In its madness and sometimes almost farcical nature, it somehow manages to strike a chord of universal truth. The usual boundaries of continents and cultures fall away in the essential humanity of the characters and their somewhat absurd situation. Everyone, everywhere, enjoys a good laugh, particularly when that laughter is based on recognition. 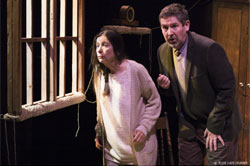 EY: Could you tell us more about your character?

GH: Kemp is a self-confessed misanthrope; a middle-aged bachelor, for whom life has been a lonely and painful struggle. His absurd and cynical views of himself and the world are expressed with a candour and unconscious wit that make it impossible for us to dislike him.

EY: Can you relate to the role you play? Or are you totally different people?

GH: We are totally different people, but these are often the most enjoyable roles for an actor to play. For a start, I am fortunate to have had very happy family relationships throughout my life. I also had a very privileged childhood, quite unlike anything that Kemp experienced, and I like to think of myself as cheerful and optimistic about people, despite our many shortcomings. But one empathises and connects with Kemp on other levels. And it is a very challenging role to play, Kemp being a motor-mouth of note! It is also great fun to be acting with Vanessa [Cooke] again.

EY: What has it been like working with a renowned director like [Fleur du Cap Lifetime Achievement Award-Winner] Christopher Weare?

GH: It has been a great experience. Chris brought a level of analysis to the piece that was very necessary. I think it might be quite easy to fail with this play, if you don't get the tone right, but Chris has expertly guided us along that journey. Opening at the National Arts Festival is always challenging, because of the time pressures when getting into the venue, but we felt very secure in Chris's hands. I think we are really ready for a good run at the Fugard and hopefully in other cities thereafter, but that will depend on its reception here I guess. So please come and see it Cape Town! I can guarantee that you will enjoy yourselves.

Vigil runs at the Fugard Studio Theatre in Cape Town from 13 to 27 July. Performances are nightly at 8pm with matinees on Saturdays at 4pm. Tickets can be purchased from Computicket or by calling the Fugard Theatre box office on +27 (0)21 461 4554. Generous discounts are available for Friends of the Fugard, which you can sign up for by calling the box office or by going to www.thefugard.com.

Eugene graduated from the University of Cape Town with distinctions in financial accounting and classical piano. He then spent over two-and-half years working in branding and communications at two of South Africa's top market research companies. Eugene also spent over three-and-a-half years at an eLearning start-up, all while building his business as an award-winning writer. Visit www.eugeneyiga.com, follow @eugeneyiga on Twitter, or email moc.agiyenegue@olleh to say, um, hello.
Read more: Graham Hopkins, Christopher Weare, vigil 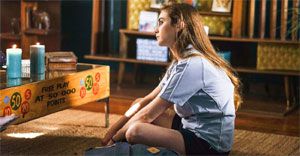 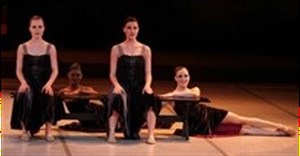 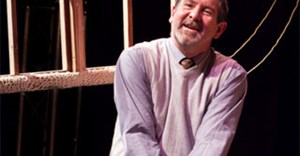 Refined artistry at its most profound23 Jul 2013 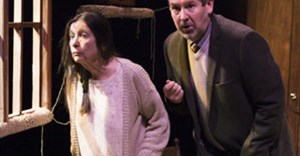