Why is loneliness becoming an epidemic?

By: Raleen Bagg
With 7.3 billion people to connect with, why is loneliness becoming an epidemic?
There was a time when larger families were the norm: the more children, the better the chance of survival of the family, and the family name. However, as time has progressed, household size has decreased with more and more people are choosing a solitary life. Why the shift? Family size in the modern day has less to do with mortality rates and more to do with the cost of living, family dynamics, and an ageing population.

Humans were not designed to be solitary creatures

We evolved to survive in tribes; the need to interact is deeply ingrained in our genetic code. So much so, says John Cacioppo*, that the absence of social connection triggers the same, primal alarm bells as hunger, thirst, and physical pain.

*Cacioppo, the director of the University of Chicago’s Center for Cognitive and Social Neuroscience and author of Loneliness: Human Nature and the Need for Social Connection (W. W. Norton & Co., 2009), has been studying loneliness for more than 20 years.

In small doses, it can be a valuable tool that enables us to read social cues. But chronic loneliness can be dangerous.

Loneliness is not designed to be chronic. It’s very much like physical pain or hunger. It’s a tacit cue that alerts one to pay attention. It can also lead to depression and it’s thought that, adapted along the same lines, depression reduces your desire to try to break back into the group.

Loneliness increases vascular resistance, which moves blood to the muscles and heart. That’s helpful when there’s a specific threat, but lonely individuals exhibit this over the course of a normal day. As you age, that translates into higher blood pressure. Loneliness also increases base-line levels of cortisol – a powerful stress hormone. If cortisol in animals is increased by exposing them to chronic stressors, they die earlier due to organ deficits.

Studies have shown that when one is lonely, the brain remains alert for threats and results in more micro-awakenings or sleep fragmentation.

Loneliness is associated with altered gene-expression, which makes people more susceptible to viruses; a correlation that has been shown in humans and animals.

Isolation and the resultant loneliness are increasing; generating a new industry in companionship

A Los Angeles man charges a per-mile rate to walk and talk with customers. Billed as a novel form of social interaction, his business is expanding. He now has five assistant walkers and the service he offers is part of an emerging trend. Like others in what might be called the companionship industry, he’s packaging social connection into something we can buy.

You can now Rent-a-Friend, pay for cuddles, or dine with strangers. It’s only a matter of time until paying for connection in the form of walks, coffee dates or dinners becomes mainstream.

The top ten loneliest countries in the world:

*South Africa ranks 8th in terms of the world’s loneliest countries with 24% of the population living alone. What is driving this trend? Slowing growth in the housing market has contributed to more people being able to afford to live alone. Additionally, fewer individuals are getting married due to the exorbitant cost of marriage. This leads to an increasing number of individuals living alone as well as single parent households.

*Interestingly, Sweden tops the list due to its stable welfare system. Single occupancy apartments are extremely affordable and plenty of these affordable apartments available, almost one-half of the nation’s population lives alone. According to Statistics Brain, 47% of Swedish households are currently occupied by only one person.
NextOptions
›
Email Print PDF
Follow

Freelance writer for any business or service which reveres gracious grammar, interesting ideas, and superb spelling. A wealth of experience in conceptualising and writing high-impact advertising campaigns across all media, original and effective social media content, and everything in between. 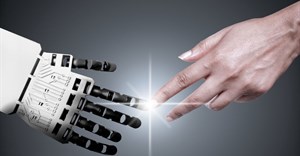 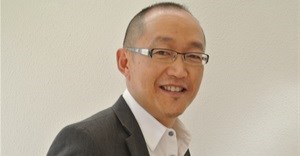