#WorldEmojiDay: Businesses divided on using emojis in the workplace

16 Jul 2021 | Email | Print |  PDF
Originating on Japanese mobile phones in 1997, the colourful emoji icons gained popularity in the West and worldwide in the 2010s. Now a common form of expression via text or email, over 10 billion emojis are exchanged between people every day. But how welcome are these familiar faces in business communication? 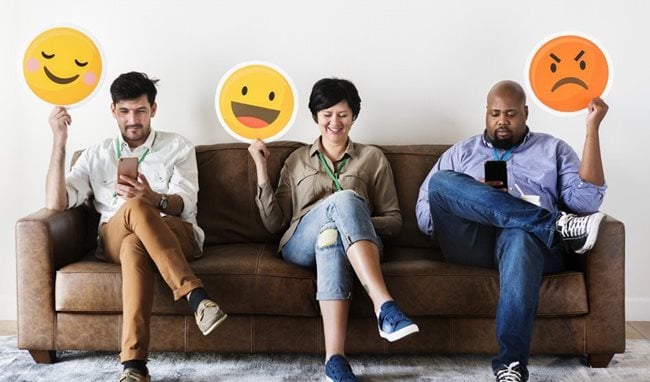 According to a survey done by Customer Experience Specialists, nlighten, not all in the business world have embraced the loved emoji.

In light of the upcoming World Emoji Day (17 July), the CX company asked owners, directors, and middle and senior management across multiple industries how they felt about using emojis in their day-to-day business comms. While the scales tipped in favour of emojis in business (60%), there was a perfect 50-50 split when asked if they currently use emojis in business practice.
“It seems to be a personal preference, but it’s interesting to see how regardless of whether or not you use emojis in your business communication, it’s become an acceptable form of professional communication,” says Nathalie Schooling, CEO of nlighten.

The humble smiley face got the majority vote (54%) as the most used emoji in business communication, followed by the thumbs up emoji (41%).

Fun and approachable vs. professionalism

Over 60% of the survey respondents fell within the ages of 25yrs- 44 year. Thirty-seven percent (37%) were between 45yrs – 64 year old, and the majority were either company owners or directors. The number one reason businesses gave for using emojis was that it made them more approachable (51%) and added an element of fun, while 45% said it was unprofessional and that customers won’t take them seriously. The undecided respondents said they would only consider using emojis if they had an established relationship with a client.

How to manage workplace communication in the millennial age

“The type of industry you work in will influence your stance on emojis. A lot of the respondents mentioned relationships as being a deciding factor on whether or not to use emojis. If you work in the B2B sector, relationships are key to client retention so it makes sense that some would only consider using smiley faces in their emails if they had an established relationship with a customer,” says Schooling. Financial services, marketing, technology, education, outsourced services, and the retail sector made up the predominant industries in which the respondents worked.

According to behavioural specialist, Justine Jackson-Fraser from Psychology at Work, how a business uses emojis can tell you a lot about their company culture and says that normalising emotional expression in the workplace is in fact healthy. “Using emojis can help convey complicated emotional expression. I see people matching emoji use with their written word as a form of EQ (emotional intelligence). Companies that ban emojis or frown upon them actually risk coming across as a bit stuck up or old-fashioned.”

Covid normalising use of emojis in business

Despite a sizeable portion of those surveyed (41%) agreeing that using emojis in business practice is unprofessional, almost 60% think that emojis should be used in marketing mailers and communication to customers. Since emojis are processed by the brain as non-verbal information, they are interpreted as emotional communication, and can therefore evoke an emotional response. “This can be useful in sales when dealing with customers, as it can make the customer feel like they are interacting with a human. Tone of voice and context can be easier to express with visuals, and many companies have embraced the emoji as a way to convey empathy and authenticity during the pandemic,” says Schooling.

How the emoji could help democratise online science dialogue

According to Antonia Oakes, CX and Responsible Business Executive at Old Mutual Insure, the emoji tool is a hygiene factor right now.” In this virtual bubble we find ourselves in, where real-time feedback and an “always on” approach is required to drive service delivery, we’ve noticed heightened customer expectations. This has to do with us working from home in an online world and with telephone quality sometimes being poor, the use of emojis can help close loops.”

Jackson-Fraser says she has seen line managers and internal teams using emojis more frequently now that the use of on-line meetings is normalised. “Emojis are used in chat functions, to raise your hand in a meeting or send a thumbs up. This is likely to increase in the business world across all platforms of communication.”

Verdict still out on emojis in email subject lines

Over the years, there have been conflicting studies about the open rate of emails if emojis are used in the subject line. Some tout an increased open rate, whilst others show that emojis in subject lines increase negative sentiment toward a brand and does not increase the likelihood of an email being opened.

Given the varied results from different studies, Schooling says it comes down to knowing your audience. “There really aren’t any hard rules when it comes to emojis and perceived professionalism, but it’s also not something to be lackadaisical about. Knowing your audience or customer will enable you to communicate in a way that resonates with them. This is where one can easily get caught up in what they would personally prefer rather than what would be best for the customer.” 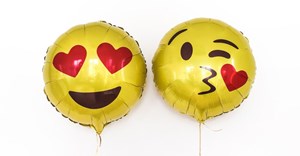 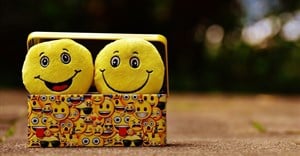