27 Nov 2020 | Email | Print |  PDF
Researchers at Stellenbosch University (SU) are searching for the safest and most effective treatment for babies at high risk of contracting HIV.
“Babies with HIV constitute a small proportion of the HIV-positive population, and only a few antiretroviral drug formulations and little pharmacokinetic data are currently available to inform optimal treatment,” says Professor Adrie Bekker of the Department of Paediatrics and Child Health at SU’s Faculty of Medicine and Health Sciences (FMHS). “We have made significant progress in the field of HIV, but a gap remains regarding optimal prevention and treatment of babies born to women with HIV.”

Bekker and Dr Tim Cressey from Chiang Mai University in Thailand are the principal investigators of the Petite study, evaluating the pharmacokinetics and safety of a novel fixed-dose combination (FDC) 4-in-1 granule formulation (abacavir/lamivudine/lopinavir/ritonavir) in neonates exposed to HIV. The study is funded by Unitaid as a part of the larger Benefit Kids project led by SU’s Desmond Tutu TB Centre. The Benefit Kids project primarily aims to improve children’s access to better treatment as well as the prevention of multidrug-resistant tuberculosis, and has included this complementary and vitally important study for this much neglected population of infants.

“This study is driven by a high-priority research gap identified by the World Health Organisation’s Paediatric Antiretroviral Drug Optimisation (Pado) Group in 2018. We have since presented the study protocol to the Pado Group and will be sharing the results as we progress. If proven to be effective and safe, this study has the potential to inform global policy,” says Bekker.

Although effective prevention of mother-to-child transmission programmes have had a major impact towards reducing mother-to-child transmission of HIV globally (<1% in South Africa), there are still pregnant women who are either not on treatment or not virally suppressed at the time of delivery. Babies born to such mothers may be at high risk of acquiring HIV. “In these scenarios, where neonates are at high risk of developing HIV, or are infected with HIV at birth, there is definitely a role for more effective combination antiretroviral therapy,” says Bekker.

In high-income countries triple drug therapy is recommended for neonates at high risk of contracting HIV, but very few antiretrovirals are actually approved for use in neonates (defined as the first 28 days of life). Formulations available currently are also hard to administer to babies – mothers and carers have to use a syringe to measure specific volumes that also change as the baby gains weight. Furthermore, some of the existing combinations have high concentrations of alcohol and polypropylene glycol that can be toxic if used from birth.

The new FDC formulation does not require to be dissolved in alcohol, as it is in the form of a powder that is mixed with a small amount of breast milk. It also has a more pleasant taste and does not require refrigeration. If proven to be effective, a high-risk baby could receive this for four to six weeks as HIV prophylaxis, or continue to use it if infected with HIV.

“This is the first time we will be studying a new lopinavir/ritonavir formulation from birth, and also the use of abacavir from such an early age – ascertaining drug exposures to inform dosing will be important. Using this drug combination from birth will be easy to administer and mean less drug switches later, making it less confusing for caregivers," says Bekker.

The study is a phase I/II trial and will ascertain the safety and pharmacokinetics of this new FDC in term babies. Approximately 50 neonates exposed to HIV will be enrolled at the FMHS’ Family Centre for Research with Ubuntu (Famcru). The study will enroll healthy, full-term babies born to women with HIV. For the first phase, they will be given a single dose of the new combination in addition to the standard of care. The pharmacokinetics analysis will be performed at the AMS-PHPT laboratory at the Faculty of Associated Medical Sciences at Chiang Mai University.

“If the drug concentrations and safety looks good we will continue on to enrol lbabies at high risk of HIV acquisition to give a multi-dose of the new FDC. If any baby becomes infected we will revert to standard of care," says Bekker.

The first infants were enrolled in September. It’s expected that recruitment will continue until September 2022 with results be available shortly thereafter.

Data generated from the study will allow evidence-based guidance on the use of this new formulation in neonates.

“You couldn’t do this kind of study easily anywhere else. This study can only be done in a setting with high HIV prevalence and excellent neonatal care. South Africa has a unique mix. Our neonatal services put us in a good position to study these neonates and to provide recommendations on how to optimally treat them," says Bekker.
Source: Stellenbosch University
Email Print PDF
Read more: HIV, treatment, trial, high risk 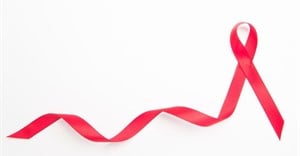 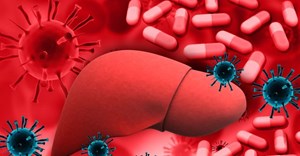 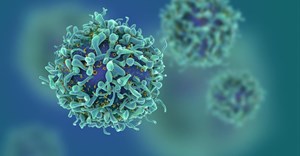 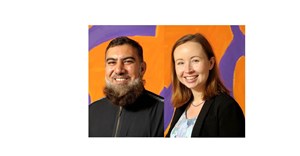 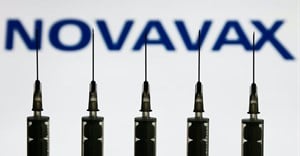 Results from Novavax vaccine trials in the UK and South Africa differ: why, and does it matter?2 Feb 2021