By: Candy Dempers, Issued by: MediaHeads 360
In the 90s there was a television commercial for the SABC's RadioActive. The commercial depicted a family huddled around a television set. The initial shot showed the back of the TV with the family tuned into some gripping action. The grandfather was seated in the middle, the rest of the family around him as they stared at the box. As the camera started to pan to show the front of the TV, you could hear the action reach fever pitch. At the moment critique in the audio, with the action now at its highest level, the camera focused on the television set. The screen was broken, and the glass had been removed, in the middle stood an FM radio. The family had been transported into a world of entertainment that gripped them. It was an advert that reminded the audience how powerful radio is. Almost thirty years later that advert remains relevant to the power of sound. Despite the convergence of technology and content and the rise of the mobile device, audio still connects with audiences more intimately than any other media.

In South Africa, radio remains a powerful way to communicate with people. The latest BRC Radio Audience Measurement (Ram) indicates that 89% of adult South Africans (just under 36 million people) consume radio on a weekly basis. BRC Ram shows that a bulk of listening still happens in the home environment with motor vehicles being the second most popular place where radio is consumed.

Traditional FM receivers are the primary form of receiving the audio while mobile devices continue to grow as a platform to consume live radio.

Despite the pressures of technology and new media, radio remains an integral part of the South African news, information and entertainment mix. Added to the prevalence of radio is the high loyalty factor that audiences have to their radio brands in South Africa. BRC Ram further indicates that 68% of listeners are loyal to one station with extended listening periods being common place, especially on the SABC African language stations.

The beauty of mother tongue broadcasting is that it speaks to both the literate and illiterate listener in their language with great ease and with no cost to the listener.

Radio has built a trust relationship with audiences. Telling open and honest stories, being relatable, consistently delivering news and information (that has proved to be true and factual), delivering personable and relevant content; radio is a curator of lifestyle and culture. Radio personalities are also more than a voice, they are a friend, the audience trusts, who share common values in an intimate and authentic manner.

Understanding the value of one-on-one connections and the power of creating unique images for audiences, it is the open and honest storytelling that makes radio the original Netflix. Radio is the original storyteller. Radio took individual stories, moments in time, events and milestones and shared them with thousands of individuals who all created their own motion picture based on a common message.

It is the collective message and subsequent action of the audience that proves radio’s ability to move people. The famous adaption of War of the Worlds in the late 1930s and the ensuing chaos during the broadcast is a testament to this. The human imagination can bring about action and propel people to change. People are the centre of their own drama.

Does all drama create action and change?

In a radio environment, the audio drama has long been a popular way to connect with audiences; it places the audience and listener in the centre of the action and the story. The building of characters, scenarios, the creation of emotion, suspense, intrigue and action delivers the drama.

Exclusively using dialogue, sound effects and music, the audience – either actively or passively – join the cast and become part of the script. With social media adding an additional layer of information and direct engagement, the radio drama has never been in a more dominant place.

The changing socio-economic nature of audiences, the need for on-going education as well as a general thirst for information has allowed radio stations to offer brands, who have niche information or products, an opportunity to create engagement through storytelling. Understanding station loyalty, time spent listening, formatics and the power of appointment listening, brands are able to harness the attention of audiences to deliver their messages and information.

Both short and long-form radio dramas have the ability to connect with audiences, listeners will consume stories and content when they feel engaged and rewarded for giving their time to listen. The longer the audience is exposed to the content or story over a period of time, the more that content, or story, will form part of their narrative. The content will become part of what they speak about to friends, family and colleagues, it has the ability to become a shared experience and point of reference. Think of the way people speak of shows that they have binged on Netflix, radio has been doing this amongst listeners for years.

The great podcast resurgence and the rebirth of radio

I mentioned that audiences want to feel that they have been rewarded for giving of their time. The reward does not necessarily have to be physically tangible. Take for instance the Easy Come Easy Go radio drama commissioned by the South African Reserve Bank. The drama followed the lives of Lesego and Piet, a newly married young couple experiencing financial problems.

Then one day a “too good to be true” offer crossed their paths and changed everything. In following the story, the audience was rewarded with information about how to avoid falling victim to “419” scams and “illegal deposit-taking” schemes. Furthermore, it encouraged them to advise others of the danger of these scams, it became a conduit within the conversation.

Yes, the end of each episode had a tag on with new products and specials available in-store, the audience, however, remained the central focus of the story.

Understanding that financial literacy was key in getting consumers to more effectively use their products, Standard Bank launched Iketsetse Zenzele. The drama series, which is currently in its 7th year, helped Standard Bank become a trusted source of banking and financial knowledge within their specified target market.

[[https://www.bizcommunity.com/Article/196/59/173497.html | embed
Research, conducted after the second year, showed there was an increased awareness of Standard Bank products and an increased level of trust in the Standard Bank brand. Listeners also mentioned the content was easy to understand and personally relevant, not just relevant to their communities.

Branded content is a buzzword amongst content creators and brands at the moment. The ability to remain authentic to the needs of the audience is however key. There are far too many instances where the essence of radio programming is diluted to include hard sells and product mentions in the guise of storytelling.

I don’t believe there is a problem in amplifying a story to create emotion and raise the drama. To be effective remember to take the audience on a journey, don’t let them watch it from the side lines.

Candy Dempers has loved all things media for twenty-three years. A sales and marketing specialist, her first love was radio and bringing brands and platforms together. 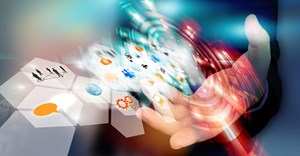