13 Sep 2017 | Email | Print |  PDF
Issued by: Enterprises University of Pretoria
On Friday, 31 August 2017, a function was held to celebrate the 20th anniversary of the Programme in Project Management (PPM) - a continuing education course to develop practical project managers. A number of clients that regularly send their employees on the course, and several other stakeholders attended.
The course is a joint venture between the Graduate School of Technology Management (GSTM), University of Pretoria (UP) and Enterprises University of Pretoria (Enterprises UP). These two organisational units also celebrated the two decades of successfully collaborating on the course.

After welcoming drinks and starters, the Programme Manager, Ms Bontle More, introduced Prof. Birgit Kuschke, one of the lecturers who has been teaching this course since 1997. Prof. Kuschke gave a historic overview of the programme: 20 years, 154 intakes and more than 7,000 delegates. She acknowledged the lecturers as seasoned practitioners with sound academic credentials.

She also explained the role that the PPM played in the establishment of the Master’s in Project Management (MPM) at the University and how the MPM, in turn, led to several PhDs and subsequently to the publication of several project management papers. She also gave a light-hearted description of the different types of students that are to be found in every class.

The Head of the Academy of one of the leading construction and engineering companies, Group 5, Mr Jacques le Roux, reflected on the ten years that a tailored version of the Programme in Project Management has been presented in-house at Group 5. He told how, towards the end of 2006, the Academy was instructed by the executive to invest a million rand on project management training in order to achieve on-site improvements, and how the PPM was selected.

He elaborated on how what is taught on the programme, is applied in practice. He also highlighted the positive role that the Group 5 Executive plays in the successful application of what is taught and in the continuing collaboration with the University.

On each intake, the student with the highest average marks receives – in addition to the customary certificate – a “best student” award. Mr Tlholohelo Lesetla, one of the students who received this award in 2006, explained how what is taught on the course relates to his work and career.

In the concluding remarks, Prof. Herman Steyn said that, “In moving into the third decade of this programme, business as usual is no longer an option... we have to embrace the Fourth Industrial Revolution as an opportunity to stay ahead of the pack, and will have to innovate at various fronts.”

He thanked a variety of team members and other stakeholders who contributed to the success of the programme over the past two decades, including the backing of three deans and three heads of department (HODs). Prof. Tinus Pretorius was HOD for 16 of the 20 years.

Ms Bontle More handed a small token of appreciation to Ms Anita van Wyk of Schoongezicht Guest House. The main course, dessert (including the birthday cake – courtesy of Schoongezicht) was enjoyed and later on everybody left the Schoongezicht venue with complimentary bottles of wine, hallmarked with the Enterprises UP corporate image and “20 years of developing practical project managers”.

This article was originally published on www.projectmanagementsa.co.za.

For more information about our short courses in project management or related advisory services, contact us on az.ca.pu.sesirpretne@ofni or call us on +27 (0)12 434 2500.
NextOptions
›
Email Print PDF 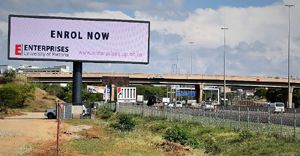 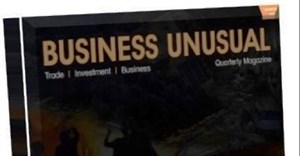 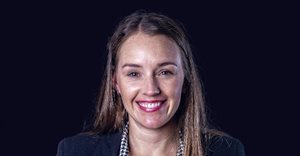 The missing piece in the project management puzzle21 Jul 2021 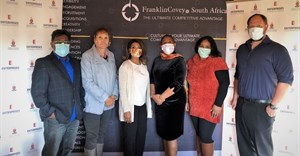 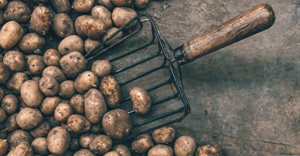 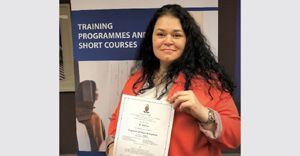