By: Herman Manson
The 2010 Design Indaba might turn out to be the most memorable to date. Bizcommunity.com brings you the highlights of the third and final day, as well as Li and Martha. [view twitterfall]

The Design Indaba might be over [it took place last week 24-26 February 2010] but it won't quickly be forgotten. The third and final day especially proved to be controversial but still managed to end in a conference highlight.

Day three featured the two most over-hyped presentations of the Indaba, that by trend forecaster Li Edelkoort, the other by Martha Stewart.

Li Edelkoort returns to Design Indaba year after year, and year after year the local design press hangs on her every word. She started with the obvious, namely that the 'new man' is a publicly tender man, one that can display public affection to his children. She stayed with the obvious, talking about sisterhoods of girlfriends, or all-girl nights out and how it has a flexible group dynamic, and allows the boys to have they own get-togethers. Kids and their parents are bonding again for the first time in years, according to Edelkoort, and there is a new and strong economic bond between kids and their grandparents. Who knew kids only recently figured out how to milk the old folks!

All this bonding and sensitivity leads her to conclude that we need to create merchandise that relates to us like pets and with their own auras. There you go, leash your Coke Light and smoke some crazy joints, I guess, 'cause that's the only way sweet commercialism is going to pop a kindly aura for you.

Her comment that designer yellow is the new pink had journalists typing away furiously [I thought her prediction of grey from last year's Design Indaba was supposed to last for a good while... acting editor]. We swiftly moved on to “the bordello of the 21st century” - a place Edelkoort imagines as a pleasure mall for the whole family where sex is the overall idea even if it does not lead to the actual ‘Act'.

One delegate was moved to tweet that "Edelkoort's whorehouse family mall vision terrifies me". Indeed.

The worst in Design Indaba history

Partly at least this speaks to the exceptional quality of the event and the majority of its speakers. Even nervous speakers such as Faith47 and Ronan Bouroullec proved to be charming and inspiring and both were very well-received. Two and a half days of sheer genius is a lot to live up to.

The problem with Stewarts' presentation lay in its blatant self-promotion and near complete lack of anything resembling a design orientation. It's a pity because she is a hard-nosed entrepreneur that successfully manages a media empire specialising in design for mass audiences, be it in print or online. Delegates turned to Twitter to vent their disappointment, leading to a rather entertaining ‘twitterslap', followed by escapees on the Bizcommunity twitterfall broadcasting outside the auditorium. [See Bizcommunity blog posts Martha Stewart flamed and Martha Stewart: what went wrong for the full story].

Two presentations stood out on day three. The first was that of Christien Meindertsma, a truly amazing designer who presented on her One Sheep, One Cardigan project, as well as on her other products using wool. The image of the giant, hand-knitted, woollen rug she created may well be the most beautiful object showcased at the Indaba.

But it was architect Alejandro Aravena who wowed the audience with his approach to social housing that ultimately redeemed the day. Aravena views design as the strategic use of form, and creativity as "what you do when there is not enough knowledge." He works on the basis that design should be relevant, precise and irreducible.

Aravena was clear in his belief that creativity will not change the world. "It's because the world changes that we need to be creative." He believes cities are powerful tools to create wealth and provide shortcuts towards global equality. This means it's imperative for investment to focus on public infrastructure, public space, housing and transport.

It's in respect of housing that Aravena astounds with his realistic, people-focused approach to design. Social housing means limited budgets which translate into what South Africans know as HOP houses. Small, 40m2, box-like homes.

Facing this reality, a designer should accept that families will add informal structures to their homes. If you can build half a house, the question becomes, “Which half?” The answer, says Aravena, is the half that families cannot build themselves.

So he focused on some key issues out of the hands of the families who will end up living in the social grant homes he designs. These include location, urban lay-out, positioning of units, structure and providing middle income DNA to the housing.

Since a social grant for housing is the most money any household will receive from the state, it is important to provide it to these families as an investment that will grow in value. Which means location is all important. Araveno seeks to pool social grants to buy better value land close to where families work, and then create units that also provide structure for future informal additions that still ensure overcrowding don't become an issue and that the units continue grow in value.

The South African Ministry of Housing would do well to engage with its Chilean counterparts on the issue of social grant housing and the successes with which Araveno's projects have been met in that country.

For me, Araveno's solution-oriented approach, his asking of critical questions, and his genuine interest in the people who will inhabit his structures, are what designers and the public in South Africa really need exposure to. There are answers out there and they are even more humane than we dared imagine.

Herman Manson is a freelance business journalist and media commentator who helped Bizcommunity.com cover Design Indaba 2010. He blogs at http://www.marklives.com and his writing has appeared in newspapers and magazines locally and abroad in titles as diverse as AdVantage, Business 2.0, the Mail & Guardian, Men's Health, Computer World and African Communications. He co-founded Brand magazine. Follow him on Twitter at @marklives.
Email Print PDF 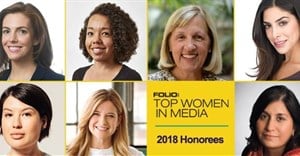 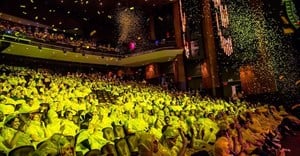