By: Issa Sikiti da Silva
The long-running and bitter dispute between South Africa's fast-selling newspaper, Daily Sun, and the Media Monitoring Project (MMP) over the tabloid's labelling of foreigners as ‘aliens' and its alleged xenophobic reporting has finally been settled amicably.

This is after the Daily Sun bowed to pressure and printed a statement earlier this week, pledging not to refer to foreigners as ‘aliens' in the future in any of its articles. However, the newspaper stopped short of apologising as initially requested by the MMP.

The statement reads as follows:

The Media Monitoring Project (MMP) and the Consortium for Refugees and Migrants in South Africa (CoRMSA) lodged a complaint against Daily Sun concerning its use of the word ‘aliens' to describe foreigners.

The Press Ombudsman, Mr Joe Thloloe, found in favour of Daily Sun. The Chairperson of the South Africa Press Appeals Panel, Judge Ralph Zulman, then granted the MMP and CoRMSA leave to appeal against that finding.

After a hearing of the appeal before the Press Appeals Panel on 22 October, the parties agreed to settle their dispute on the basis that Daily Sun will no longer use the word ‘aliens' to describe foreigners. Daily Sun regards itself as bound by the Press Code. The dispute is now finalised.

“At the close of the hearing, and presumably because of the manner in which the MMP presented its case and the validity of its complaints against the Daily Sun, the newspaper's legal representatives approached the MMP and CoRMSA and indicated that their client wanted to settle the matter and not await the ruling of the Press Appeal Panel,” Roberts added.

“The MMP considered this and determined that the long-term benefit of settling and restricting the Daily Sun's coverage of foreign nationals was worth settling the matter.”

The SA press ombudsman has come under a lot of criticism lately from various quarters which claims that most of his rulings are meant to protect the media at the expense of other ordinary citizens, who are starting to believe that media self-regulation is not working properly and must be replaced by something ‘more relevant'.

Issa Sikiti da Silva is a winner of the 2010 SADC Media Awards (print category). He freelances for various media outlets, local and foreign, and has travelled extensively across Africa. His work has been published both in French and English. He used to contribute to Bizcommunity.com as a senior news writer.
Read more: MMP, xenophobic attacks, Daily Sun, Daily Sun, Media Monitoring Project 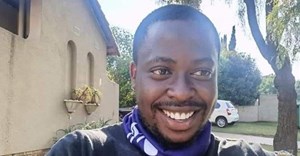 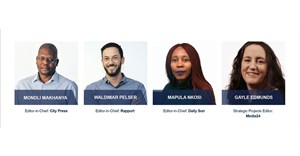 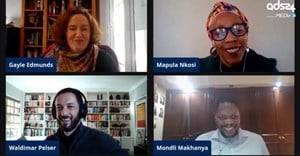 Telling stories of hope through news and brand partnerships10 Jul 2020 Xenophobia and your business9 Jun 2015