By: Danette Breitenbach
Brand South Africa launched its 20 Years of Freedom campaign at an event yesterday that hosted media and stakeholders at its offices in Houghton, Johannesburg.
The 60 and 30-second advertisement is due to launch on domestic television next week, while the radio advertisement is currently being aired on a number of radio stations nationally. The print component will run in a number of newspapers across the country. The campaign also has a huge digital component.

Wendy Tlou, head of strategic marketing communications for Brand South Africa, explained the motivation behind the campaign, which she says took six months to conceptualise.

"After 20 years we need to take stock of our achievements, and say, despite the challenges that we are facing, that we have lots to be proud of," she explained.

Tlou says it's a good story that they want to tell and that they are adding on to it by saying that there is a reason to celebrate the achievements of the past. "Our manta is that in 1994 a new South Africa was born and that marked the beginning of a journey of trials and challenges, but also significant strides. The campaign says cheers to us, but the journey does not end here - but we must use the momentum created to drive forward the ambitions of our country."
The Television Commercial (TVC) creative revolves around this, showing the key milestones achieved over the past 20 years. The first scene in the TVC is the 1994 election, and is in a rural area and shows the long queues of people waiting to vote. It says it is an achievement that we can vote and make a choice in how our country will look like in the future.

The next scene is Johannesburg and shows the infrastructure that has taken place and led to a growing economy. "We know our place as the gateway to Africa is being challenged but we believe we are that gateway and so we are saying so."

The commercial shows the Port of Coega and international cargo, representing international trade and relations on the continent and globally. Science, technology and engineering advances are shown though visuals, such as SKA, world-class highways and the Gautrain. "We could not talk about achievements without showing houses and how many people we have homed and by doing this and giving them access to services, such as electricity, we have given them the opportunity to have a better life."

The campaign does not forget Nelson Mandela and the sacrifice he made. "We are in awe of him and it is now on [up to] us to take up the baton and take this country into the future to the benefit of all. He is the embodiment of who we are and the spirit of forgiveness," says Tlou.
The final scene is a classroom of young people. It says yes, we have achieved a lot, but what future are we building for these young people, the future of our country?

McCann, the agency responsible for the campaign, Business Unit Director Masego Motsogi says the big idea was that this is a landmark year for the country. "The theme is celebration and key to the concept was the number 20. While 20 is a tiny number, it is significant. We anchored the commercial by using the number 20 throughout."

We need to remember what we have achieved

She also said that the agency wanted an upbeat and pacey feel to the TVC. "South Africa is in a sober place at the moment, but we should not forget to value what we have achieved as a country. It is also about the contribution of every person, be it a pothole filler or a teacher... Now we want to inspire ourselves to achieve more. We are a country on the rise and this is a reminder of that."

In addition to the 20 Years of Freedom campaign, Brand South Africa also launched Play Your Part, a local campaign encouraging South Africans to contribute towards a better nation.

The campaign is a 13-part, 48-minute television show in a drama reality genre that will be broadcast on SABC 2 from 15 June at 9pm. It will feature a combination of well-known as well as ordinary South Africans.

The website is www.playyourpart.co.za and on various social networks you can say what you doing to make a difference. It is a call to action. The campaign aims to make the country competitive by looking at the stories of ordinary people who are making a difference.
NextOptions
›
Email Print PDF
Follow 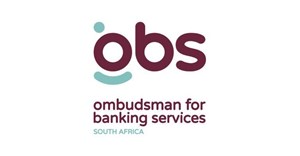 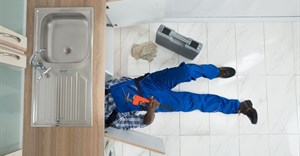 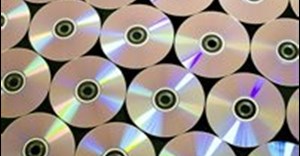