Alex Lemille, founder of Wizeimpact, a South African company that aims to change wealth-centred businesses into value-centric ventures, comments on the effect that the circular economy may have on South Africa: "While the circular economy in Europe could translate into €1.8tn in net material annual savings by 2030, a circular South Africa might not see similar huge numbers. Yet the benefits of entering a well-designed SA circular economy could go beyond just 'closing the loop' into a highly beneficial 'closing many gaps' effect."

Another approach that encourages the move to a circular economy relates to Cradle-to-Cradle products and designs, which Wizeimpact describes as: "a holistic economic, industrial and social framework that seeks to create systems that are not only efficient, but also essentially waste-free."

The term 'Cradle-to-Cradle' was originally defined by William McDonough and Michael Braungart in Cradle-to-Cradle: Remaking the Way We Make Things. Wizeimpact explains that McDonough and Braungart’s research had a biomimetic approach and "explored materials as biological or technical nutrients, as well as their use periods and evolution" and, based on this, they devised accreditation for businesses to produce safer, more environmentally conscious products.

The Cradle-to-Cradle certification, available to South African businesses from Wizeimpact, encourages businesses to make the move towards circular economic principles. The certification, which ranges from Basic to Platinum, recognises companies that adhere to the following five criteria:
According to Wizeimpact: “The certification process is made in such a way that both the intention to improve as well as the achieved levels are recognised. The Basic level is provided on a two-year basis during which the company has set itself some targets to reach the Bronze level.”

The image below provides an example of the factors taken into consideration when determining a company’s Cradle-to-Cradle certification. The least results of the five criteria affect the level of certification that can be displayed on the company’s product.

Having rebranded from Use-It to Rambrick, this company serves to minimise waste through several projects, one of which involves creating environmentally friendly bricks from compressed earth and the remains of waste soils.

"Most importantly, the re-use of waste soils and rubble that would otherwise go to landfill to make bricks that are environmentally friendly is a prime example of how innovative thinking can be beneficial on many levels – from a clever use and re-use of resources, to job creation in the green economy, and a contribution to effective waste management strategies," explains Chris Whyte, managing director of Rambrick.

"These earth blocks will also supply desperately needed housing to Africa that is not only higher quality than conventional methods, but represents truly green and sustainable alternatives that are also cost-competitive," adds Whyte.

“The Western Cape Industrial Symbiosis Programme (WISP) develops mutually beneficial links between companies from all industrial sectors, so that under-utilised resources such as materials, energy or water from one company can be recovered, reprocessed and re-used by others,” explains Oliver Bonstein, WISP programme facilitator at GreenCape.

“WISP's free facilitation service creates opportunities for new business and increased profitability of existing business through the sharing of resources. Previously under-utilised or wasted resources become valuable inputs to other manufacturing companies. In short, WISP works to boost the circular economy of the Western Cape.

This company provides heating solutions which involve the burning of biomass (such as the remaining woodchips created by the furniture industry, for example) instead of oil or coal.

“In short, Sustainable Heating’s furnaces burn biomass. Biomass being any residual carbon-based waste such as wood, sawdust, bagasse, grain husks, maize, sisal, etc. The heat from the combustion is used to feed local industries with steam, hot water, hot air or thermal oil. The flue gases are filtered to European standards. The byproduct is ash from the combustion, this can be given back to the farmers to enrich their soils,” explains Bruno Migliorini, business manager at Sustainable Heating.

View a video released earlier this month explaining Sustainable Heating’s product and how it relates to the circular economy: 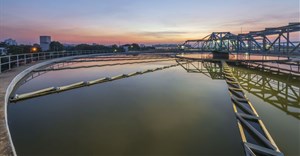 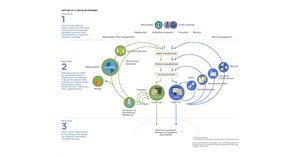