By: Leigh Andrews
Loeries CEO Andrew Human is an extremely busy man. I tracked him down while he was in transit at the airport late last week, for a catch-up and preview of all things #Loeries2018-related.

Human shared interesting insights into how the local Creative Circle’s judging of creative work ties in to the regional Loeries; as well as changes in advertising since the Loeries’ inception and how these have in turn changed award categories, from TV to social media; how their most recent logo refresh differs from the rebrand when Human took on the role of Loeries CEO back in 2005; and all that’s in-between.

Sit back, relax and read on…

How the Loeries tie in with the Creative Circle

Human set the scene by stating that the Creative Circle is an excellent complement to the Loeries, especially in terms of how regional participation in the Loeries has grown over the past few years. Some don’t realise the Creative Circle has been in existence for a very long time, and it’s in no way a form of duplicating, but rather enhancing what the Loeries offer, as Human says there’s no point in merely awarding the same work, over and over.

The reality is that the Creative Circle is actually the best showcase of South African work, and as it’s judged monthly, you’re getting smaller judging that takes place more often. While the Loeries recognises work from across the whole of Africa and the Middle East.

Human explains, “There’s an expectation that to judge at Loeries, you have already judged and already have solid experience, as the Loeries is less of a learning environment than the Creative Circle judging.”

Sharing his highlights of the Loeries over the years, Human says there’s a definite story to the Loeries’ foundation back in 1978...

“As a result of apartheid and the political climate at the time, television actually wasn’t allowed in South Africa – it wasn’t technically delayed, it was politically delayed. We had our first TV broadcast in 1976 when the SABC started, which was followed obviously by commercials. So, TV commercials in South Africa at that time were like the internet today. You had this crazy new idea: ‘Hey everybody, you can make TV ads’, similar to how with the advent of the internet you could say ‘Hey everybody, you can have an email address or a website.’ So people always think ‘I’m doing something new,’ and something even newer is just around the corner.”

Human says that’s the first thing to understand, and the nice thing about this environment is that we always evolve. We’ll be doing things in the future that we haven’t done before. We don’t even know what they are yet, but we will be doing them. The Loeries work as a nice window of just that: If you take a look back from 1978 to now, at the categories in particular, they started with television only, then slowly added categories along with print and radio, which were the cornerstones of advertising.

Funny enough, it’s not just about adding, says Human, as categories have also been taken away over the years where they’re no longer relevant, with some of the new categories becoming quite large. For example, there’s a major area of digital, and within digital, there’s social media as a category.

“That’s quite amazing as social media didn’t exist a few years ago, whereas no brand would not participate on social media today,” adds Human. The interesting thing is seeing where the work is going and what we are doing as a result.

Less Monday and more #Creativity! Imagination is the beginning of creation... There are no limits to how far your imagination will take you...��Explore it! #JustSaying #MondayMotivation #loeries2017

That doesn’t mean everything is new, though.

Something like outdoor isn’t very big in Cape Town because it’s quite restricted. Yet across Africa, outdoor is massive. If you go to Nairobi or Lagos, you can’t help but notice all the billboards when you exit the airport. So it’s a big part of media in our region. So is radio.

So it’s not to say that everything falls away and is replaced, it’s more a question of unpacking what you’re doing, pinpointing where you are, and what’s relevant in each city and country, and which audience you’re talking to and what your brand is. In doing so, it’s obvious that you have more creative opportunities today than you had 30 years ago.

State of the industry, 40 years in – then and now

On it being the Loeries’ 40th year, Human says creativity is more and more not only accepted but actually desired by a range of brands, and again with the range of media platforms, brands realise that creativity brings them success.

He points out there’s been a lot of questioning around award shows, with some asking ‘why have the award show?’ Human agrees awards should never be given out just for the sake of it, nor should work be done just for awards. He’s happy to note that in 2018 there’s much more acceptance in asking, ‘how do we use creativity to make a difference?’

“I think that’s the best part for me, to see that happening, and to see us present more and more to the whole region. Last year, our regional representation jumped to 20% of our overall entries. It’s great as we want the Loeries to truly be a mirror of the region. We will see the number of our regional judges grow this year, to reflect that.”

Celebrating the next generation from across the region

Human also shared ‘outsider feedback’ from a recent chat he had with a business leader from the Middle East. He said the Loeries’ brand is so strong and is known for such a high standard that many don’t realise it’s a not-for-profit industry organisation. Human says being a not-for-profit frees them in a lot of ways, as they don’t have to make decisions based on bringing in cash or delivering shareholder value.

So when you attend the Loeries’ award shows and you see the scholarship and the young creatives programme, it is really remarkable, something you don’t see in other shows. Some don’t realise those programmes are available for students and young creatives across the whole region to enter – and that the Loeries now present each year’s two young creative winners with a $5,000 prize.

Human says, “No more ‘Oh that’s not for us, we can’t enter’-thinking. I’d like to see young Kenyans’ and young Nigerians’ portfolios, and I’d like to see more students being recognised so we can promote their talent across the whole region. It’s an exciting area where we’ll be placing more awareness this year.”

Human confirmed the Loeries will also be holding roadshows across Africa again this year, travelling from end-February, with the regional roadshows taking place in March.

You heard it, time to get cracking! Lots to look forward to creatively from 2018 and everyone’s invited! 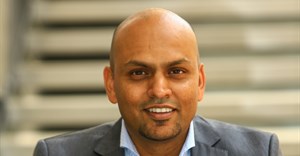 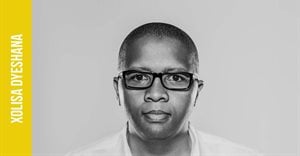 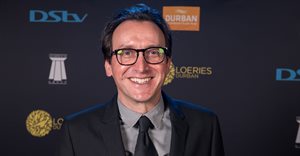 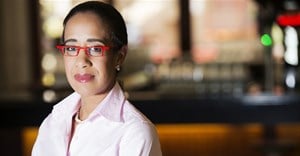 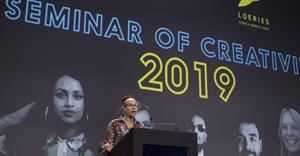 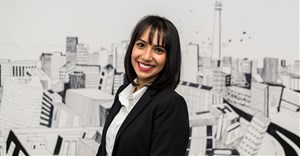 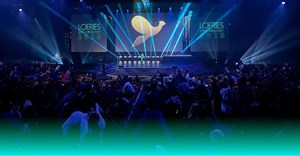