18 Jan 2019 | Email | Print |  PDF
Non-profit organisation Baz-Art has announced the lineup for the 2019 International Public Art Festival (IPAF), which will be held in Salt River, Cape Town from 9-17 February 2019. At least 20 local and international artists will create artworks on walls and in public spaces in Salt River under the theme of "Generation Next: Educate, Collaborate, Empower".

A culturally diverse group of artists

Once i’ve been offered to paint on the school somewhere in Romania, this took me back to my school time. I remember the time when i saw the first mural in my life. It was in the end of 80’s, i was 7 y.o. pupil of primary school. That was a series of indoor murals on the walls of my school, depicted scenes from well known folk tales. The mural I painted on the wall of Scoala Goga i called “Transcendental moment”. This is a sort of indefinable creative force based on knowledge and transformed into visual delight. / Thanx to the cultural association @launloc for making this happen. / #waone #interesnikazki #mural #painting #romania


Topping the lineup is Waone from Ukraine who has hosted numerous solo exhibitions in Italy, Spain, USA, Netherlands, France, and many more countries. He started painting in 1999 and considers his work visual storytelling usually depicting fantasy and surrealism.

From South Africa, IPAF 2019 features Dbongz who has been doing incredible works with organisations such as Global Citizen Foundation and the Embassy of Belgium among others.

The organisers have been overwhelmed by the volume of interested artists from home and afar and have strategically selected a culturally diverse group of artists of varied levels of experience to ensure a diverse content and a mixed group who may also learn from each other. This high energy public art festival encourages the sharing of skills and passion for the arts.

Through the festival, the organisers’ aim is to bring colour to the district of Salt River, showcasing the local and international talent and bringing art to the streets so that it may be accessible to more people.

The festival acts as a launch pad for many other programmes, including art classes for children, support for spin-off businesses and other interventions aimed at upliftment through art.


Baz-Art says the primary aim of the International Public Art Festival is to serve as a connecting agent, unifying communities, local businesses, artists and an array of different embassies under a shared mission of using art to transform lives while empowering street artists to become change agents. 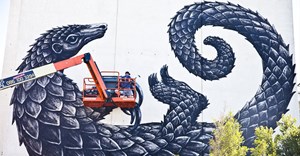 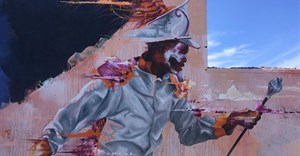 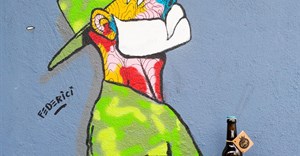