28 Jan 2010 | Email | Print |  PDF
PARIS, FRANCE: As light as meringues and mouth-watering as sorbets, Karl Lagerfeld's haute couture lines for next summer on Tuesday, 26 January 2010, looked inspired by the patisserie counter, even if the designer no longer allows himself such sweet indulgences since his draconian diet.
Models had their hair elaborately coiffed into heart-shaped Sixties beehives, adorned with bows and baubles, their feet shod in shiny silver ankle boots and hands in dinky fingerless silver mittens.

Even the guests reclined on silver upholstered sofas, while the salon was lit with fluorescent tubes in ice-cream shades of vanilla, strawberry and peppermint, reflecting the clothes on the catwalk.

For next season's daywear suits in the house's hallmark tweeds, Lagerfeld mostly dispensed with skirts, opting for tailored long shorts.

Jackets came with mandarin collars, a wisp of pleated tulle peeping out at the neck, and trimmed with passementerie or pearls.

He also showed double-breasted coat dresses with stand-away collars, and simple sleeveless shifts cut square across the shoulders with sunbursts of silver embroidery down the front.

Moving into the cocktail hour, Lagerfeld whipped up tulle into waffled, frothy, skirts as wobbly as jellies.

For evening, Lagerfeld turned up the glamour and piled on the couture detail, like the tiny pearl buttons running down the side seam of a draped column dress, with extra strings of pearls left dangling from the hip, or the rhinestone straps holding up an ice blue satin sheath with the bosom encased by pointed leaves.

The only black mark might be for Lagerfeld for completely avoiding the fashion crowd's default colour: for next summer he has decreed candy floss pink, apricot, almond green, lilac and primrose...anything but black.

French designer Stephane Rolland's collection, also shown on Tuesday, was sometimes more akin to sculpture than clothes, with outsize cowl necklines finishing in a point and trumpet sleeves like wind cones trailing to the ground and accordion-pleated lapels on jackets.

Witty trompe l'oeil dresses incorporated jackets which looked as if they were separate items from the front, but were all of a piece behind.

Deliberately modern and less opulent than the grand couture houses, Rolland relied on shock effects like the splash of crimson lacquer against a white dress, or spattered gold paint on black, to liven up his palette which centred on creams, browns and black.

Meanwhile in salons near the Champs Elysees Italian Giovanni Bedin unveiled a capsule collection of eight pieces for the house of Worth, which is being revived since its acquisition by Indian owner Delesh Metha.

English-born Charles Worth, whose house closed in 1956, is credited with being a founding father of haute couture.

Bedin delved into the archives for inspiration for a series of delicate bodices and corsets with exquisite details, like hand-painted ostrich feather to look like leopardskin. 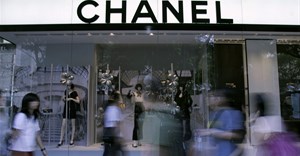 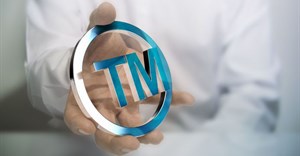 Chanel loses to Huawei in EU trade mark dispute3 May 2021 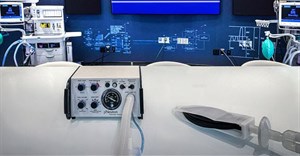 Why Ford, Chanel and other companies pitch in during a crisis - without the government ordering them to26 May 2020