28 Jun 2021 | Email | Print |  PDF
Issued by: Distell
Despite Johannesburg being known as the concrete jungle of Africa, the city is encouraging greener living for its citizens with a number of initiatives and environmental projects. The proudly South African Bain's Cape Mountain Whisky, and twice awarded as the World's Best Grain Whisky, has joined the movement by creating the Bain's Urban Forest in the heart of Johannesburg at the Modderfontein Nature Reserve.
In partnership with Greenpop and PlantNation, Bain’s Cape Mountain Whisky together with the assistance of 300 local volunteers, planted 5,000 indigenous trees in an effort to help restore and protect the local environment with the newly planted woodlands.


The reserve, managed by the Endangered Wildlife Trust, is being re-established and whilst invasive species are removed, the intention is to restore the area by planting a selection of carefully chosen species to help support the soils, clean the water/air and survive through the seasons, which present frost and fires.

The Bain’s Urban Forest celebrates the brand’s launch of a limited-edition green label earlier this year in recognition of the James Sedgwick Distillery, the home of Bain’s Cape Mountain Whisky, numerous international sustainability awards for their innovative environmentally friendly projects.


The James Sedgwick Distillery in Wellington, Western Cape, was recognised with the prestigious Green Company of the Year award by the Business Intelligence Group BIG Awards for Business towards the end of 2019.

Then, in 2020, was awarded the world title of Sustainable Distillery of the Year at the 2020 Icons of Whisky Awards held annually by Whisky Magazine in London, beating fierce competition from producers across the globe ranging from Scotland, America and Ireland to Australia. Most recently, again at the BIG Awards for Business, the distillery was awarded with the Sustainability Leadership Award.

Founder-distiller Andy Watts says the distillery, the only commercial whisky distillery in Africa, has been at the forefront of innovation with ingenious sustainability projects.

SA's Andy Watts to be inducted into Whisky Hall of Fame

“Making whisky is not just about the liquid. It’s about finding ways to lessen the impact on the environment,” says Watts.

Over the years, the distillery team have implemented several initiatives that include:

The Modderfontein Nature Reserve is an essential space for the protection of a wide variety of our local flora, fauna and wild mammals including being the home to the national bird, the blue crane.

Although initially established in 1894 to meet the growing gold mining industry’s need for dynamite manufacturing, the once dormant reserve is now frequented by city dwellers, hikers and cyclists to enjoy the fresh air, forests, wetlands, dams, grasslands and peacefulness of nature.

Similar to Johannesburg being a world-class African city founded in one of the world's biggest and richest gold rushes, Bain’s Cape Mountain Whisky was crafted with innovation and masterfulness in mind.

Harnessing the warm South African climate, which accelerates maturation, resulting in an exceptional smooth whisky with extraordinary flavour, the whisky is truly one of a kind.

“I wanted to create a whisky that celebrates our extraordinary quality South African yellow maize with it’s light, sweet taste, and instead of using the customary older wood, matured the spirit twice in first-fill bourbon casks for double the extraction of flavour over a five-year period. It’s time consuming but definitely worth the wait! Similarly, as with planting trees being monitored every six months for a year and then each year for three years to measure their growth and health, so do we taste the whisky over a number of intervals as it matures quietly in barrel, revealing incredible depth of flavour unravelling with each passing year towards the very moment when the whisky is ready to be called Bain’s Cape Mountain Whisky,” says Watts.

Distell, a global business with roots in South Africa, produces and markets a diverse portfolio of award-winning alcoholic brands that have been crafted by extraordinary people across the world. Some of these brands include Amarula, Savanna, Hunter's Dry, Durbanville Hills and Nederburg.
About Us | News | Contact
Email Print PDF 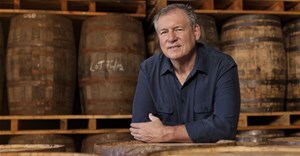 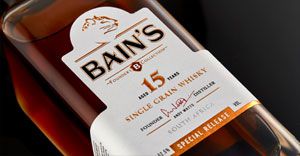 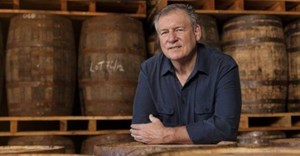 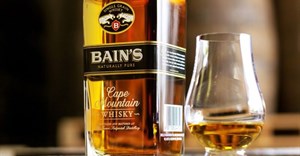