By: Mike Silver
It seems crazy to need to write an article stating the obvious but so be it. As we begin 2019, our industry sits quaking in its ethically sourced vintage leather boots. Panic and anxiety around data, consultants, insourcing, etc. But has this all not been self-inflicted? Is this all the final acknowledgement of an industry with an identity crisis? Circling back to the beginning, our craft was developed because people ultimately wanted to sell more sh*t! Now, I realise this may be offensive (the word ‘sell’, not the one with the *) but creativity was a means to an end, never the end in itself. Unfortunately, the decades that followed the birth of advertising would see an industry getting more and more intoxicated off their own Kool-Aid. With a growing dependency on creative awards for recognition, the cart was coming to a grinding halt before the horse.

Shots of humility and reality

Disruption was a big 2018 buzzword. Start-ups like Uber, Netflix, Airbnb have been held up as examples of businesses that believed an industry was fundamentally broken and they duly provided a solution. We are unlikely to find this single silver bullet in advertising; an industry far too nuanced or bespoke to fully commoditise. Maybe the silver bullet is simply a reality check of the industry’s purpose; in turn, swapping out the Kool-Aid for shots of humility and reality.

The psychology of advertising

So how do we administer said shots? Well, it’s about returning to the old cliché of customer (and consumer) centricity, not agency centricity. The obsession with awards and the big idea causes blinkers to what exactly our clients’ needs are (no wonder consultants are licking their lips for an extra revenue stream!). Imagine hobbling into a doctor’s surgery with a broken leg. The doctor takes a look at you and sympathises with your condition and how it’s affecting the way you walk.

He decides to come up with the most comfortable and sleek set of crutches in the world. He enters this crutch design into the Cannes Elephant for Medicine Awards and wins! On the way into the ceremony, you glance at yourself in the mirror, impressed by the aesthetic ingenuity of your new crutches but wondering if the pain in your leg will ever heal. Sound familiar?

Customers are more powerful than ever before

Similarly, our consumer is more powerful and complex than ever before. P*ss them off with an inflated weight on your pre-packed leg of lamb, your brand gets trashed on social media within hours (Hi Woolies). Overcharge for flights because you overinflate your brand value, get shown up on a price comparison site within seconds.

Rely on loyalty in a shopping aisle only for a last-minute switch to a competitor thanks to a customised e-coupon. Consumers’ experiences with brands are simultaneously more layered and more fickle than ever before. Understanding and answering to these needs is the only way to win at the last 3 feet or clicks (where your TV ad is by now condemned to the YouTube scrapheap).

Ending off with one final drinking analogy (god knows it’s needed after 2018). Greek mythology tells the tale of Narcissus; a man so in love with his own image that he dies of thirst while staring into his reflection in a pond of water. Well, folks, the pond is right in front of us and to survive, maybe it’s time to be a bit less shallow.

Mike Silver is the founder of Elevator, a brand experience agency now part of the Smollan Group. Mike has been working in the below-the-line and brand experience arena since 2000. Current clients include Lipton Ice Tea, Old Mutual and Pernod Ricard.
Read more: Woolies, Mike Silver 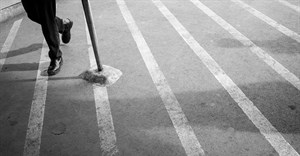 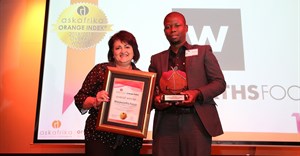 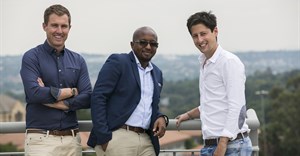 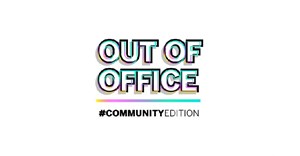 Making a difference one initiative at a time18 Apr 2016