By: Louise Marsland
We are entering a new era of brand activism as brands step up to speak out against political decisions they feel are morally wrong or to uphold the values of a democratic society. This was strongly apparent at America's stellar sporting show, the Super Bowl on Sunday, where it was all about the message and creativity in the advertising spectacular aligned to it. 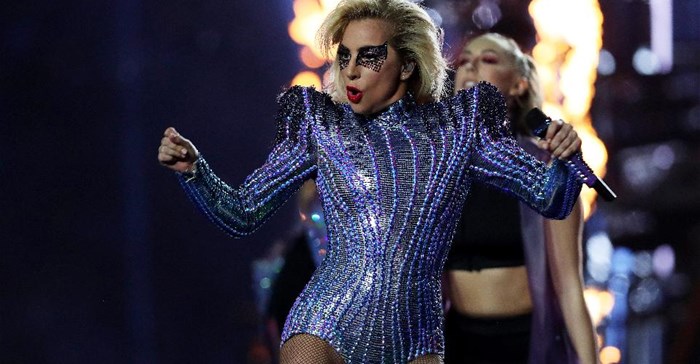 Lady Gaga rocks the Super Bowl half time show - @forbes
From half time featuring a flying Lady Gaga, to drones and ads that addressed everything from refugees to global warming and multiculturalism, the Super Bowl was politically charged from the advertising which goes for up to $5 million a spot, to the actual game at the centre of it all. And there was some nailbiting football too as the game was decided in overtime.

Apparently Lady Gaga slayed it during the half time show (Time gives a great review), as did the advertising, which included two totally live commercial spots from brands Hyundai and Snickers.

And to put the game into context, Tom Brady, who is married to supermodel Gisele Bundchen, plays quarterback for the winning team, the New England Patriots. The losing team were the Atlanta Falcons. The score was 34-28 in the Patriots favour and this is Brady’s fifth Super Bowl win. The subtext was that the owner of the Patriots is a Trump supporter and the owner of the Falcons, a Hillary Clinton supporter. Some pundits called it a “political grudge match”.

But enough about the football. The Super Bowl is without a doubt a creative showcase of note, as brands spend millions, bringing in superstar movie directors like the Coen Brothers, leading actors and celebrities, comedians and social media swat teams to troll competitors.

Political issues raised weren’t just about the tangerine toddler in the White House and his insane litany of executive orders since becoming President, but also about social issues such as gender pay parity and the environment.

As Fast Company writes, in any other year, some of the brand messages would not necessarily be seen as political or standing up for the values of a progressive society, but given the current political climate in the US, brands have had to step up: “It's not that advertising should have to weigh in on political or social issues, but what work like Audi's does illustrate, is that if brands know what their values are - something many marketers have been talking about and advocating long before this last election - letting the rest of us know what those values are makes the work that much better.”

The Audi Super Bowl ad, by Venables Bell & Partners, questioned the hypocrisy of loving our daughters, but paying them less in the workplace. The payoff line was “Audi of America is committed to equal pay and equal work”.

The Budweiser ad, by Anomaly New York, which also generated a lot of chatter, documents the immigrant founder’s journey from Germany to the US, which has more context in the light of Trump’s #Muslimban and anti-immigration stance. According to The Atlantic, Budweiser denied it was making a political statement.

The most controversial ad was by a relatively unknown brand, a construction supplies firm, 84 Lumber, that made such a strong statement about immigration and refugees and Trump’s intended wall between the States and Mexico, that Fox channels banned it, accepting a version without the wall. According to reports, 84 Lumber’s site then crashed Sunday, as people tried to see the end of the ad, part 2, at Journey84.com. “The will to succeed is always welcome here” is the stark message. Here’s part 1:

Going strong with an acknowledged political statement was Airbnb, a fierce critic of Trump’s immigration policies, which portrayed diversity with different faces in its #weaccept commercial, with the strong message: “We believe no matter who you are, where you’re from, who you love or who you worship, we all belong. The world is more beautiful the more you accept.

According to the New York Times, Airbnb used its Super Bowl ad to “highlight its commitment to provide short-term housing for 100,000 people in need over the next five years, including for refugees, victims of natural disasters and aid workers. The company has also committed to donate $4 million over the next four years to the International Rescue Committee, a group that helps displaced people around the world.”

Coca-Cola simply showed the diversity and multiculturalism of America in its ‘It’s beautiful’ ad, with the soundtrack ‘America the beautiful’ sung in many different languages and a payoff line that said “Together we are beautiful”. It was first aired at the 2014 Super Bowl and at the 2016 Olympics. But of course, is even more relevant in Trump’s America. Mic drop.

The Kia ad, which proved very popular on social media, embraces its climate change message full on. Starring comedian, Melissa McCarthy, the spot by David&Goliath, uses all of McCarthy’s comedic talents to punt the brand and its eco-friendly products. One of the funniest this year.

The weirdest Super Bowl ad award must go to the Avocados from Mexico, who were back this year with a secret society extolling the good fat virtues of the fruit. The #AvoSecrets ad was made by GSD&M.

The Coen Brothers direct the Mercedes spot by Merkley + Partners and German agency Antoni, and it is gritty, raw, funny and nostalgic, playing off the Easy Rider legend and Route 66. The payoff line is “Born to be wild. Built to be wild”. There’s a great cameo in it from a legendary actor too.

Hyundai and Snickers both went with live commercials on the day, trying a new, risky creative approach and sending out teasers in advance to promote the spots. Hyundai brought troops closer to their families watching the Super Bowl in a touching spot filmed and edited on the ground at a US army base in Poland, within three hours. Director Peter Berg and the production team worked on the ad spot from a trailer on the base, according to Superbowlcommercials.co. The agency was Aor Innocean. Apparently they had a backup ad ready if anything went wrong.

Actor Adam Driver (Star Wars) starred in the live Snickers Super Bowl commercial in which everything intentionally went wrong, the premise being if you are hungry, things can go wrong. According to Superbowlcommercials.co, 150 ad executives from Mars, ad agency BBDO, and production company O Positive, worked together to shoot the 30-second, western-themed spot during the actual football game.

These are Time magazine’s 10 Best Super Bowl commercials for 2017 and the most talked about: