By: Johan Walters
The Augmented World Expo is underway in Silicon Valley, USA, and Johan Walters shares highlights from Day 2 of the world's biggest AR/VR Conference. The overall theme for this year's conference is 'Entering the Next Dimension with Spatial Computing'.

Day 2 started off with good news for the Adobe community. The Tech & Art Co. announced the release of Project Aero, due later in 2019. Project Aero will enable the Adobe community to produce AR content on a new platform that integrates with other Adobe modules. This includes access to new AR stock content in the familiar Adobe Stock product and then brings this to life in the AR engine.

Who wouldn't want their own Star Trek holodeck?

Well, it's not too far off says VividQ. For them immersive experiences have not gone beyond ‘first base’ where the current generation is still using displays which lacks the necessary depth of field.

They presented their proprietary tech and projector that delivers holographic 3D displays of unparalleled quality. Use cases for their tech would include AR holograms, hologram heads up displays (for example for motor vehicle dashboards) and ultimately in a few years’ time, a Star Trek-like holodeck!

Milwaukee, a city in Wisconsin, argued that the developer could not publish AR games using their public parks. This case was eventually overturned and is the first legal precedent set for the AR industry in the US.

It does pose interesting questions going forward: how do brands, spaces and buildings protect themselves from AR experiences they don't endorse?

For me the highlight of the day was the session, augmented reality meets television, where the team of The Ellen DeGeneres Show gave insight into the Game of Games AR app.

My new game show, “Game of Games,” is coming December 18th! This is your first sneak peek. #GameOfGames pic.twitter.com/chlKDSX0tt

Essentially a second screen experience, the viewer would watch the Game of Games broadcast and could scan AR markers from their TV screen using the companion app.

These markers would then launch an AR experience into their living room, enabling them to play a game and enter a live prize draw.

Sophisticated backend tech enabled the Ellen DeGeneres team to select a winner and display the winner's name in AR, all within the time of the live broadcast. Absolutely amazing! 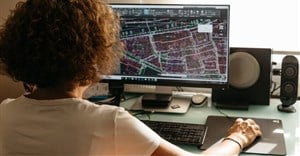 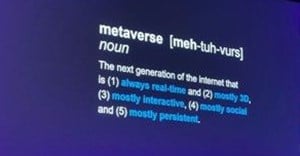 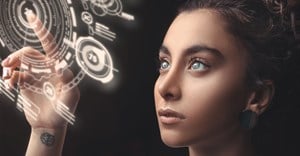 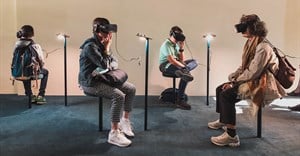 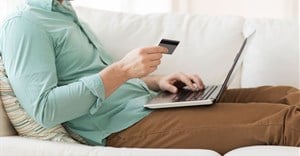