New home for SA fashion at Mall of Africa

15 Sep 2020 | Email | Print |  PDF
Mall of Africa is the new host of SA Fashion Week and has also welcomed the opening of Koop Studio, a new retail hub that showcases the work of local fashion designers. Koop Studio is a collaborative venture between seasoned retailer Sandy Rogers and industry stalwart, Lucilla Booyzen, who has been spearheading the development of local design culture as director of South African Fashion Week for the past 23 years.

Located on the shopping centre's upper level close to Town Square, the new retail space will carry at least 12 collections at any time, which will be interchanged regularly to ensure ongoing variety. According to Rogers, this highly visible retail presence in the centre of a popular mall will allow the young entrepreneurs to fast-track their brands.

“One of the greatest impediments to the development of a local fashion culture has been the prohibitively high rental costs in major regional centres such as Mall of Africa. By necessity, young designers are typically in studios off the beaten track without access to target markets who could afford to support them," she says.

The Mall of Africa retail hub is an extension of the Koop Studio in Victoria Yards in Johannesburg led by Rogers. The Victoria Yards studio facilitates the design and product development process from concept to customer for its clients, and is also available to young designers as a workspace for their own brands as well as to get involved with Koop Studio projects and clients.

A modern showroom, Wi-Fi, workspace, cutting tables, access to pattern makers and sampling facilities, as well as manufacturing capabilities with Koop Studio's manufacturing arm, The Faktory, are all available to designers under one roof in Victoria Yards.

"Koop Studio and The Faktory, where we design and manufacture, are fortunate to operate from the new Victoria Yards semi-industrial development in Lorentzville. This is an incredibly beautiful environment to work in but does not have any real retail footprint. A presence in the Mall of Africa will undoubtedly be a game changer for all these startups and the development of local fashion,” says Rogers. According to Michael Clampett, head of asset and property management-retail of Attacq Limited, the owners of Mall of Africa, the launch of Koop Studio follows on the heels of the enormous success that designer Laduma Ngxokolo has experienced with his MaXhosa knitwear since opening a small store on the mall’s lower level in 2018.

Within a year, the growing appetite for Ngxokolo’s signature Xhosa-inspired modern knits meant the brand had to relocate to a much larger flagship store on the upper level and Ngxokolo became one of the centre’s high profile brand ambassadors.

Visit the #KOOPStudio Pop-Up at @TheMallOfAfrica ! SHOP local designers like
Ezokhetho and support your local economy.


“Mall of Africa is firmly on track to become the continent’s premier destination for top local design. MaXhosa’s success confirmed our conviction that consumers are increasingly wanting to express a contemporary, yet uniquely African fashion identity. This, and the fact that we are acutely aware of the need to stimulate the local economy, and local job creation, lies at the heart of our strategy,” he explains.

#CNILux: The creative cultural legacy of MaXhosa by Laduma

SAFW kicks off in October

In line with tailoring its merchandise mix to support local brands, Mall of Africa has also recently become SAFW’s new host. The three-year partnership will kick-off in October with the staging of South Africa’s first hybrid designer collections showcase.

Twenty-six runway shows featuring collections shot at different locations in the mall will be streamed digitally over three days from 22 to 24 October.

This will be followed by the SAFW Trade Show from from 1 to 3 November in the mall’s Crystal Court with more than fifty designers of menswear, womenswear and accessories, and the SAFW Pop Up Shop where fashion lovers will be able to interact and buy directly from all the participating designers from 27 to 29 November, also in the Crystal Court. 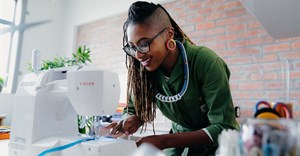 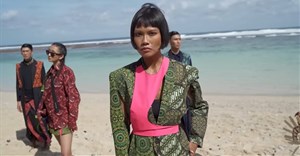 Stories of Hope: SA and Indonesia unite through fashion8 Jul 2022