By: Leigh Andrews
The legend of the 'curse of Bainskloof Pass', a lounge complete with board games, a piano just begging to have its ivories tinkled and the legendary Local Grill await you at Wellington's Val du Charron. “Enter the Theatre of Wine, which features Val du Charron’s three special blends. Let’s start with the 2015 Four White Legs, so named after the Bain's Kloof Pass toll system from 1853, where you could pass for free if your horse had four white legs, otherwise you’d pay. So strong was the desire to pass for free that many whitewashed their horses… with those who cheated being cursed by the tollkeeper. Little wonder local legend says the Pass is cursed, haunted by the galloping of those horses’ feet as well as the ghosts of the convicts that constructed it, as many fell to their death back in the day without ‘safety specialists’ on site. Next up is the Erasmus red, a Cape blend so named after the first owner of the farm Val du Charron. He worked on the 45 hectare farm from the year 1699 and it’s still a working farm today, complete with 4,500 olive trees. And the name Val du Charron? It’s French for 'Valley of the Wagon Makers', as this proved a popular spot for travellers to stop and fix their wagons. That’s why logo on the wine label is the wagon wheel fixer."

"Last on the ‘Theatre of Wines’ bill is the 2013 Black Countess. With an equally enchanting backstory, it follows the tale of ‘a drunkard English remittance man’ sent to Africa and seeking shelter for the cold, wet night. He eventually bedded down at a shebeen where he encountered Martha, the daughter of a freed slave. Our traveller returned home the next day, only for the enamoured Martha, right on his tail, disappointed to find he was married with children. Luckily for Martha, he convinced his wife to hire her as a maid, where she happily stayed for a decade until the wife fell sick. They then married and had a son of their own, and it’s only when he died that Martha discover her husband, actually the Earl of Stamford, came from money. This she inherited and – though scorned by aristocracy, as the resulting ‘Black Countess’ – and used to start-up local farm schools, regardless of the children’s gender or race.”

That's the enchanting opening story to our stay at Val du Charron, off the weeping willow track and along a dusty dirt road hugged by tall palm trees, seemingly out of place in a region known for its wine vines. It's nestled among the peaceful quiet of the Wellington valley, surrounding by protective mountains of the Bain's Kloof Pass and the snow-tipped peaks of Sneeukop himself and Paarl in the distance. Shaded by the protective cover of one of the largest oak trees known to man, our five-star Coach House accommodation was warm and welcoming, quite literally so with our own private outdoor fireplace and perfect-for-Summer but asking-for-Pneumonia-in-Winter splash pool, along with a jet bath and powerful air conditioning unit with wonderful warm setting to fend off that Wellington winter chill. There's a wall tiled in natural stone in the lounge on which the TV is mounted that faces a pillowy-soft bed, but despite the distraction of the telly – especially when there’s national rugby being played out elsewhere in the country, ahem – the natural view out of the sliding doors is much more of an attraction, and the perfect spot from which to view the sun setting over the edges of the picturesque valley at the foot of the Hawequa mountain range. Stare at the setting sun we did, much to our hearts’ content. It’s something you tend to skip over when you’re stuck in work mode during the week, rushing from one task to the next and postponing sunset viewing for that always elusive ‘later’, so we made the most of the natural pleasure of doing so.

Dinner that night at the on-site Local Grill restaurant with its panoramic valley views was equally delightful, with husband opting for the salmon starter, which came with slivers of cheese, creamy chunks of avocado and bursts of salty capers. He opted for the 300g grass-fed peppered fillet – your choice whether the meat is salted, peppered or rubbed in the house spice mix – with a side of sautéed mushrooms and chives sauce. Following the complimentary bread with balsamic vinegar and olive oil, I went straight into the melt-in-your-month cheddarmelt burger with super-crispy fries on the side and a chocolatey chocolate shake dusted with bits of real chocolate. By then we were full to the brim, so much so that we had to sadly turn down the amazing-sounding dessert selection. Instead we rolled - slowly, as t'was a bit of a downhill - back to our suite and were soon deep in the restorative type of sleep you need after a stressful few weeks at work. Back in the Local Grill the next morning, just 30 steps from our room and open since October 2015, breakfast started with Terbodore cappuccinos – it's well worth splurging on these over the complimentary filter coffee – and the muesli, yoghurt and fruit parfait starter, which I followed with a croissant liberally stuffed with grated cheese. After a literal coin-toss over various tempting options on the menu my husband went for the bacon, mushroom and tomato omelette and lots of brown toast. Just the thing for a Sunday relaxing in Wellington.

*Leigh Andrews was a guest of Val du Charron and The Local Grill. Contact them www.vdcwines.com for rates and availability for your stay at the five-star Coach House or four-star Guesthouse, and click here for current specials. 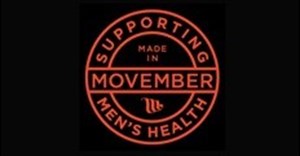 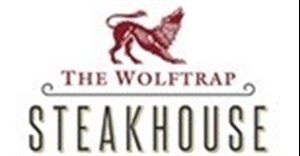