The evolution of influencer marketing

By: Ryan McFadyen
Over the last 15 years, give or take a few months, no one can deny that influencer marketing has grown in leaps and bounds. But, as with many areas of the digital space, the last two years has seen it become an even more critical component of the marketing landscape. Along with organic growth, the industry has seen new sub-categories emerge, which have either enhance the ecosystem or addressed marketer concerns. The two critical issues for this group have been measurement and brand partnerships.

As with most disciplines within marketing and advertising, measurement has been a contentious issue with the fact that different platforms utilise different algorithms and metrics adding to the confusion. The savvy players have looked to address the concerns, not through refining the awareness aspect of measurement, but rather looking to the conversion metrics.

Instead of simply focusing on educating their audiences around their passion points such as fashion, beauty or food, they’re linking to an e-commerce platform that allows their followers to purchase the product within their social feeds – and taking a cut. Essentially, influencers are becoming the store, or at the very least a combination between the store and the store assistant.

Live commerce, with influencers selling products while live streaming, has exploded in China and is already taking off in the US. The top influencers are earning millions. And brands are happy because those millions mean that they’re selling more products and, instead of utilising amplification metrics to measure the success of the campaign, measure the success of their campaigns using sales revenue.

A key point to make is that this is not a phenomenon only liked to e-commerce, as an agency, in the more developed markets we work in, such as Europe, we have the ability to measure an influencer’s ability to drive real-world consumers into real-world stores. This is a space that continues to evolve and one which will bring even more value to influencer marketing as it spreads across markets.

The problem with this is consumers seldom associate the link between the person and the brand as authentic, often regarding such campaigns as advertising as opposed to influencing. In fact, this exact approach has led to 54% of millennial consumers around the world stating that they no longer trust influencers. (shareable)

To address this, influencers have started to focus on their authenticity, finding their niche within the content landscape and ensuring that they commercialise their influence without compromising it. This has seen the growth of subcategories including but not limited to:

By staying true to their expertise and neutral in their recommendations, these influencers yield significantly more influence and provide higher conversion value for branded partners than traditional celebrities and lifestyle influencers who may have a larger audience but have lost that authenticity.

As influencer marketing continues to grow in importance within the marketing mix, influencers become more aware of protecting their influence and using technological advances to enable greater impact. And, as brands work with agencies who are evolving at the forefront of the industry, they’ll see the impact of influence done well.

Ryan McFadyen is Strategic Director at HaveYouHeard and a recognised trendspotter and guru. You can catch him weekly on Breakfast with Refilwe Moloto, or LinkedIn, or Instagram or follow HaveYouHeard's culture and trend resource on Instagram: @thisisin__
Read more: digital marketing, Ryan McFadyen, influencer marketing, social media influencer 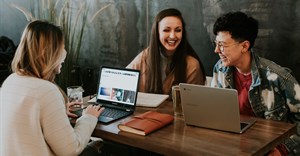 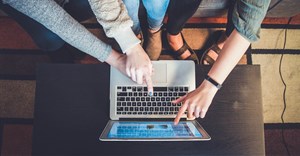 Influencer Marketing: a boom or bubble about to burst?3 Aug 2022 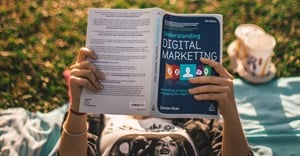 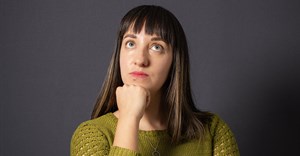