#Newsmaker: How Georgie Badiel-Liberty is bringing sub-Saharan Africa's water scarcity to the forefront

By: Juanita Pienaar
Model and activist living and working in New York City, Georgie Badiel-Liberty was in Cape Town this weekend to participate in the Doha Debate on water scarcity, which took place at the Cape Town International Centre on Tuesday, 10 September. 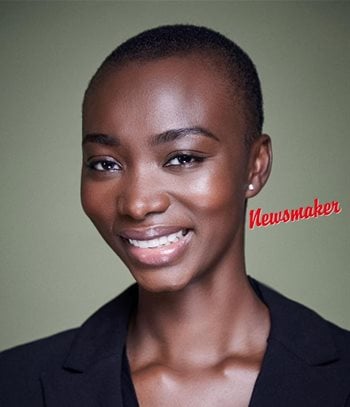 Badiel-Liberty is a Burkinabé model and was Miss Burkina Faso in 2003 and Miss Africa 2004. Shortly after being crowned Miss Africa, she began her modelling career in Paris, France. Her client list includes Louis Vuitton, Marc Jacobs, Lanvin, Zan Toi and Dianne von Furstenberg. She has also been featured in Russian and Italian Vogue, Marie Claire, GQ, Essence, among other publications.

Her modelling career eventually brought her to New York City where she began using her platform to take on the issue of the lack of potable drinking water in her West African homeland. She runs the Georgie Badiel Foundation, which is dedicated to building and restoring wells in Burkina Faso and Liberia. To date, the Georgie Badiel Foundation has provided access to water for over 270,000 people who previously suffered from water scarcity. She has also co-authored the book The Water Princess published in 2016.

Badiel-Liberty is married to Chid Liberty and was recently honoured with the Chevalier of Merit Burkinabe at the Burkina Faso mission in New York.

We caught up with her and asked her to tell us more about the important work she is doing through her foundation, the Doha Debate she recently participated in and what is next on her agenda.

Please tell us about the Georgie Badiel Foundation and the work you do to bring clean drinking water to sub-Saharan Africa.

To date, our foundation has provided clean drinking water for over 270,000 people in Burkina Faso. We have accomplished this by enrolling philanthropists, citizens (mostly women) and government in non-traditional partnerships to build, maintain and restore wells. We believe water is a human right, and we are working to make sure every human on the planet has access to water.

What made you so excited about participating in the Doha Debate in Cape Town on 10 September?

First and foremost, I've missed this place. I actually lived in Cape Town for a short stint while modelling. Second, I'm excited to have such a large platform to talk through the world's water crisis. I was really excited to learn from the amazing group that Doha Debates curated. Mostly I want to tell people that this problem is solvable, and it doesn't take rocket science to figure out how we get to my goal of water security for every human on the planet. In fact, it takes private and public sector generosity coupled with amazing on-the-ground partners to implement these projects in tough environments like Liberia and Burkina Faso, where I'm from. Unlike so many problems we face right now, water is solvable.

Tell us a bit about your life and experience, and how these experiences have equipped you for your role as an activist.

The lack of clean drinking water is theoretical for some. That is not the case for me. I grew up having to walk 3.5 hours for water, some days. I grew up using water for laundry and baths that caused rashes – which I wouldn't be caught using for anything today. Luckily, I had a special talent and was able to use modelling to get me out of that situation.

I went from walking for water in Cote D'Ivoire and Burkina Faso to walking runways in Paris, New York, Milan and London for brands like Louis Vuitton. In terms of my experience modelling, a big part of running a foundation is fundraising and modelling definitely has helped me understand branding and how to sell things.

What Cape Town's drought can teach other cities about climate adaptation

So, basically, I know the problem – intimately. I also got thrust into the fashion world where modelling was training me how to market. And I also have learned in life that it takes a village. I might be an activist that you see on TV or social media, but the work requires so many of us that you don't see.

How can students and others listen to you at the Doha Debate, and how can they participate?

If you didn’t get a chance to tune in live, you can watch a replay of the debate on the website or on YouTube.

After the debate, what’s at the top of your to-do list (at work)?

Right now, we have a huge data project we are working on. Basically, we are mapping every well in Burkina Faso (broken or operational) and then linking it with population data. This is the beginnings of our research that will help get 100% of Burkina Faso residents access to clean drinking water.

Mozambique water project: insights into supply and use in a peri-urban area

What are you currently reading/watching/listening to for work?

I just finished Mighty Be Our Powers by Leymah Gbowee. She is such an inspiration to me. That got me interested in Liberian history and politics, so I've started She Would Be King, the debut novel by Wayetu Moore (who is actually my husband's cousin). It's a fascinating magical realism novel – which takes place in colonial Liberia.

Tell us something about yourself not generally known?

Cooking is among my biggest passions. I've been apprenticing with a Michelin-rated chef in my spare time and learning how much love, attention and detail go into masterful cooking. I love to cook for my family but hope one day to make African food universally available outside of Africa. The time has come.

Juanita is the editor of the marketing & media portal on the Bizcommunity website. She is also a contributing writer. 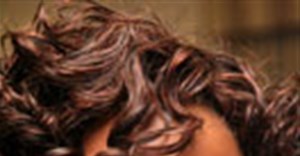