4 Sep 2017 | Email | Print |  PDF
The South African government has affirmed its support for the domestic poultry industry in the aftermath of the bird flu outbreak. Agriculture, Forestry, and Fisheries Minister Senzeni Zokwana on Wednesday said negotiations are ongoing to find a way to provide an incentive to farmers who have experienced massive losses due to the destruction of healthy birds and eggs in efforts to eradicate the disease. ©123branex via 123RF
"Negotiations with international trade partners are ongoing to ensure a continuation of trade from disease-free compartments with special biosecurity measures, as well as the export of fresh ostrich meat from a closed holding," the Minister said at a briefing in Cape Town.

Last week, Minister Zokwana held a meeting with executives in the poultry industry, who raised concerns about guidelines relating to the rules and principles of compensating affected farmers. The Minister on Wednesday said the draft guidelines have been completed and will be released to the industry and public by Friday, 1 September.

On the possibility of administering a vaccination against Highly Pathogenic Avian Influenza (HPAI), Minister Zokwana said all parties agree that the matter is a complex one that cannot be taken lightly. "It is a decision that should be based on scientific research for the long-term benefit of the sector and the country. We set up a task team consisting of representatives from industry and government to work on scientifically based considerations regarding vaccination.

"The first proposal was received by my team from the poultry interest group of vets recently and forms the basis of discussions. A detailed update will be communicated by the end of September 2017," the Minister said.

On the industry's request to be given permission to import fertile eggs to close the supply gap as a result of culled birds, Minister Zokwana said the department has received several requests, which they are considering. He said a thorough risk assessment is being conducted in order to avoid exposing the country to other disease risks.

"The basic work has been conducted and there are two options that have been presented to the poultry industry. The first option is for risk mitigation to be conducted in South Africa through stringent quarantine measures on arrival of the hatching eggs from their country of origin.

"A request for measures applied to compartments has been sent to Brazil, and we are awaiting this information. The requests can only be considered for imports from avian influenza-free countries, as well as those from which South Africa currently imports," the Minister explained.

Biosecurity measures that are recommended at farm level include:

• Keeping poultry away from wetlands and areas frequented by wild birds;

• Farmers must not provide an abundance of food on properties that may attract wild birds;

• Avoid the introduction of birds of unknown disease status into flocks;

• Dispose of manure and dead poultry in a safe way.

The recent outbreak of the H5N8 strain of avian influenza was first detected on 22 June 2017. So far, 24 outbreaks have been detected. These include 10 in commercial chickens, three in ostrich, three in backyard chickens and eight outbreaks in wild birds and birds kept as a hobby.

Localised outbreaks have been reported in the Highveld of Mpumalanga, Gauteng and recently in KwaZulu-Natal, North West and Western Cape provinces.

Minister Zokwana has reassured the public that the strain found in the current outbreak does not cause disease in humans. 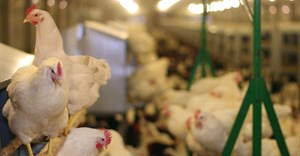 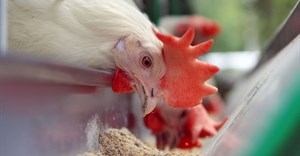