#WSF2017: How Africa should tackle the climate change challenge

By: Sindy Peters
Speaking at the recently held World Sustainability Forum in Cape Town, Professor Mark New discussed the current outlook for global temperature rise, as well as the mitigation and adaptation challenges Africa faces. Prof New is the pro-vice-chancellor and director of the African Climate and Development Initiative (ACDI) at the University of Cape Town.

The Paris Agreement, under the UNFCCC, aims to limit global warming well below 2°C above pre-industrial levels, but if we look at current policies implemented thus far, he explained, "these give us a best estimate of 3.6°C global warming by the end of the century, with a 95% chance virtually certain of keeping below 4.9°C, and virtually certain of being above 2.6°C." When accounting for policies still to be implemented, "that gives us a 50/50 chance of keeping below 2.8°C ... with an uncertainty range of about 2.3-3.5°C."

"What that really tells us is that the ambition, in terms of those pledges, has to really increase quite substantially over the next 5-10 years," said Prof New, who noted that the longer reducing global emissions is delayed, the more difficult it becomes to reach the Paris Agreement targets because of the continued accumulation of greenhouse gases in the atmosphere.

For Africa, where much development still needs to take place, in order to avoid contributing to its own vulnerability, the continent will have to invest in climate compatible development by taking low carbon energy pathways, emphasised Prof New. In doing so, the continent will need to leapfrog traditional industrialisation methods which have previously followed high carbon energy pathways - for many countries in Africa, this will require North-South collaboration, investment, and technical support.

Adaptation lies on the other end of the climate change challenge and it remains an area in which Africa is lacking in terms of implementation, said Prof New: "Across most of Africa, they're at the first few stages of [the adaptation process] - understanding risks. National risk assessments have been undertaken, there have been sectoral risk assessments... but very little in terms of actually then taking the next step."

The other issue to note in the implementation stage for Africa, noted Prof New, is that focus remains on current climate risks. "What has been missing is integrating this immediate risk against how that risk is going to evolve over time ... there's quite a big gap in a lot of instances at the moment linking action now to thinking what that action means in the longer term and maybe changing some of the actions now to take into account how the risks might change in the future."

Focus required on the fundamentals

There's large technical and socio-political research focused around this area, noted Prof New, in defining climate compatible development pathways and developing the necessary tools and methods, and building capacity to support policymakers in enabling this shift to climate compatible development planning. However, rather than doing new research, the focus needs to be on "bringing together existing knowledge, knowledge transfer between different parts of the world and within Africa, and translational work of taking existing evidence and knowledge and making it fit for purpose in the development planning space," he said.

"Although there's a big science around how to instill these other competencies in both undergraduate and graduates, it isn't really being implemented..." explained Prof New. "We really need to be thinking about the types of researchers that we produce and how our curricula and graduate training programmes can actually start to deliver graduates who are able to hit the ground running in terms of dealing with these problems." 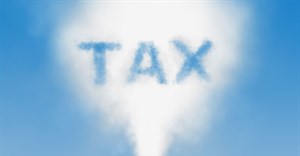 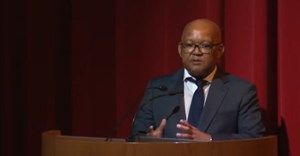