What is shaping culture? Cloudy deliveries

By: Brett Rogers
When Colin Mkhosi was tired of commercial non-delivery in Langa, his solution was to make an opportunity out of it, providing a platform to uplift himself as well as others.
At the back end of 2019, with his law studies overwhelming and being unable to even spend a couple of minutes going to the shops, an idea came to him. Colin put together his plan and with a donation of some second-hand bicycles and a collection of young men he began the process of creating something special: Cloudy Deliveries.

Cloudy Deliveries is a delivery service which services, for now, the 3km2 area of Langa and its 80,000 residents on 11 bicycles. The team first collects money from their customers; cycle off to collect whatever is needed, from restaurant meals to groceries and books, and return with the change less the R9 fee that they charge per local round trip.
That accessibility is what is strongly needed in places like Langa where population density is high and the spread of Covid-19 is that much easier. Cloudy Deliveries helps those unable to, or who just don’t feel like ‘trekking’ to the shops, maintain a greater degree of social distancing.

While Cloudy Deliveries benefits the consumer and the retailer, it also has done something special for Colin and his team of young men - helping them find a path to advance and build themselves a better future.

Colin describes his 18-strong team as “Impressive, they are all impressive. Their dedication and commitment to what we are trying to achieve is awesome. They have been pushing really hard and you don't get this type of dedication from just anyone. Whether it's hot, whether it's windy, whether it's rainy - they are always here. They put in just as much commitment as I do.”

Aside from the riders, Cloudy also employs self-taught bicycle mechanics to maintain them. They service each bike every morning to be made ready for the work of the day. With minimal tools and a lot of ingenuity, each mechanic spent hours learning how to build up and maintain these bikes, gaining skills as well as some money to help buy their own groceries. Perhaps most important is the mentorship and care they get from Colin, a firm but kind leader.

Structure and discipline hold Cloudy Deliveries together. Each morning at strictly 10am Colin holds a meeting with his team to outline their goals for the day, dispense money for cell phone data, check on their uniforms and inspect the bicycles, which are the backbone of his organisation.

Finding addresses in Langa is a mean feat. Even Google hasn’t managed to get locations correct on its system, as we found out when we arrived 400 meters away from Colin’s office in the morning. Local knowledge is a major benefit to Cloudy Deliveries - each rider knows where everything is and the fastest way to get there, something a driver with a GPS simply won't know.

At the end of the day, Cloudy Deliveries is much more than a delivery service, it's an allegory for our country. Cloudy shows us how important it is to consider all the people, not just the ones that can afford the most expensive stuff, and that caring for the elderly or infirm is an essential part of being human. It shows that uplifting those who have less than you is a way of uplifting yourself, it shows that if you look after those close to you, they will look after you too.

Brett Rogers, culture lead at Cape Town advertising agency HaveYouHeard and content curator for In_, a channel of content, which showcases cultural forces that are changing the world. It aims to inform, inspire and entertain the viewer and does so with multimedia posts, including podcasts, videos, google trends, mini Q+A's and more. in_ talks to those interested in in-depth cultural exploration and those curious about the world we live in.
Read more: human resources, service delivery, Brett Rogers 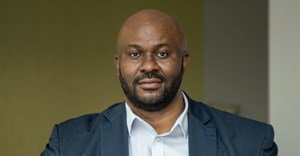