The South African nation brand is strong and resilient

By: Manusha Pillai
Brand Finance, an independent brand valuation and strategy consultancy, earlier this month released the list of the 100 most valuable nation brands. South Africa ranks at number 37 with a nett nation brand value of US$ 225bn.
Brand Finance measures the strength and value of the nation brands of 100 leading countries using a method based on the royalty relief mechanism employed to value the world's largest companies. The study measures a nation brand across the following pillars: goods & services, investment and society. These are divided into sub-pillars: tourism, market, governance and people & skills.

South Africa's place as number 37 amongst the world's 100 most valuable nation brands is quite an achievement within 21 years of democracy. In recent weeks South Africa has been ranked 49 (of 140 countries) in the World Economic Forum's Global Competitive Index and 4th of 54 countries in the Mo Ibrahim Index on African Governance.

These numbers tell a story about South Africa. They tell us that the South African nation brand is strong and resilient and after a mere 21 years of democracy, the nation can compete with the world's most developed countries. South Africa's brand competitiveness is more than just a series of numbers, it is a brand reality that is experienced and lived by citizens, visitors, investors. There are challenges undoubtedly, but this is part of the developmental and democratic experiment with which many other developing countries are seized.

Brand Finance's 2015 Nation Brand study was conducted in conjunction with fDiIntelligence, the largest centre of foreign direct investment excellence globally. Editor-in-chief of fDi Magazine - Courtney Fingar - produced by fDiIntelligence, says that "powerful brands are those that create a strong, permanent and positive association in people's minds. The best country brands are those that convey dynamism, energy, industriousness and respectability while also showing personality and a human touch."

What is it then that the South African nation brand communicates, what is the nation's brand personality and how is this linked to its brand equity?

Firstly, South Africa can be described as an innovative country that is open for business. This is attested to by the fact that many multinationals have recently entered the African market using South Africa as a base - Facebook, Google, Starbucks, Dunkin Donuts, H&M. Other international corporates have increased their investments in their South African operations: VW, Goodyear, Marriot Hotels, to name a few and Hisense has recently announced its expansion into the SADC region from its South African base.

Our cities are also growing in reputation with Johannesburg recently being described as the 33rd most economically powerful city in the world, and number one city in Africa. Johannesburg outranks established cities like Rio de Janeiro, Paris, Amsterdam, Moscow and Munich. Johannesburg quickly notched up another achievement being described amongst the 12 global cities which are the Art Cities of the Future.

Nation brand theorists have found that a high level of inward FDI is an indication of a strong country brand. South Africa has attracted just over US$ 3bn in FDI between January and July 2015. fDiIntelligence has further found that for the year 2015/16, "South Africa ranked seventh overall [in the Middle East and African region], and first among African countries, attracting the highest number of inward FDI projects in Africa." In addition, it is also significant that despite global FDI falling by 16% in 2014, South Africa was able to attract over R140bn in the 2013/14 financial year. This is almost double the amount of FDI in 2012.

A range of our home grown brands have been recognised internationally with MTN and Woolworths featuring amongst the 118 most well recognised brands in the recent 2015 World Branding Awards in London.

South African universities were also placed in five global university rankings released in 2015. In addition, the University of Cape Town is the fourth best university amongst the BRICS and emerging economies according to the World Economic Forum

South Africa recently earned 2nd place as the most innovative country in sub-Saharan Africa in the Global Innovation Index.

This ranking resonates with the outcomes of a study undertaken by Phillips SA and the Innovation Hub to ascertain how innovative South Africans are. According to this study, six out of every ten South Africans interviewed (base of 1000) claim that they are innovators, whilst 20% feel that they are not reliant on others to come up with creative solutions to challenges. Almost half (46%) feel that their idea will be the next big thing in their industry.

Three South African productions - of 19 countries - have been nominated for the 2015 International Emmy Awards to be held in November this year. Thina Sobabili, a film by Ernest Nkosi, will compete with the world's best actors, directors and movies in the 2016 Oscars.

Trevor Noah's antics are reverberating from New York the world over as he became the new host of the Daily Show. His brand of comedy is contributing to the South African brand personality as a nation able to laugh easily and heartily, a nation that is able to find humour in its challenges, and a nation whose resilience will inspire the world.

If the headlines are to be believed, South Africa is rather hopeless. However, South Africa's performance in a range of international indices and its daily achievements positions it as a globally competitive destination. South Africa's brand is valued at US$ 225bn. Just looking at the brands personality of innovation, excellence and leadership in a range of areas, the South African nation brand equity may be in excess of US$ 225bn.

Manusha Pillai is currently the Director: Stakeholder Relations and Communications. Prior to this she was General Manager: Communications at Brand South Africa and has also been at the Departments of Foreign Affairs and Home Affairs as well as Government Communication and Information Systems. She was also part of Dr Nkosazana Dlamini Zuma's transitional team as she prepared to take the helm of the African Union Commission.
Read more: country branding, brand research, south african brand, country brand, Manusha Pillai 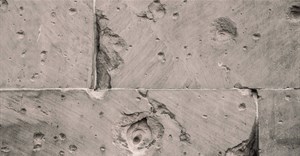 City brands as building blocks of the nation brand27 Jul 2017 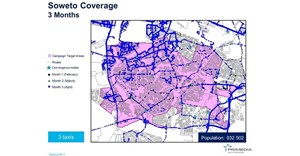 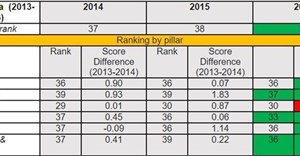 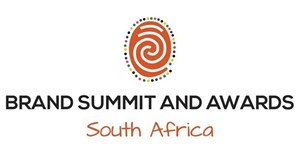 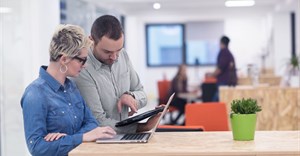