Image by Marcel Langthim from Pixabay

Researchers say that because penguins feed on local fish, studying their behaviour in the absence of fishing is difficult. But a rare closure of commercial fisheries around Robben Island, South Africa, from 2011 to 2013 enabled the researchers to track how penguins fed on fish within 12-kilometre radius of the island.

The study which was published in the Journal of Applied Ecology last week (21 May) shows that penguins’ foraging effort such as time spent diving, number of wiggles per trip and the maximum distance travelled increased as forage fish abundance declined.

If we could track penguin behaviour to understand ocean health, we could detect early warning signs that changes need to be made to marine management. - Kate J. Campbell

"If we could track penguin behaviour to understand ocean health, we could detect early warning signs that changes need to be made to marine management to reduce the environmental impact of human activities," says Kate J. Campbell, wildlife biologist who led the research while studying for a doctorate degree at the University of Cape Town, South Africa.

Campbell says that the study explored how endangered African penguins respond to variation in local fish populations. The research team collected 30,171 dive records from 74 penguins and used a technique called hydro-acoustic survey to measure sounds in water as the penguins chased their favoured prey — sardine and anchovy.

The study was conducted at the time commercial fishing of the prey was prohibited within the 20-kilometre radius of Robben Island from 2011 to 2013.

“When fish abundance was lower, adults increased their foraging effort by diving more, diving for longer amounts of time, swam further and did more wiggles per trip,” Campbell explains.

Jonathan Munguti, deputy-director and head of aquaculture division at the Kenya Marine and Fisheries Research Institute, says the finding "is a practical and unique way of relating fish populations to the endangered African penguin: Spheniscus demersus".

According to Munguti, policymakers should pay attention to the study’s findings because they can be used to boost marine conservation in Sub-Saharan Africa by ensuring that there is no seabird and fisheries competition. The findings can also be applied to other countries where the endangered African penguin exists.

"The research can be used to aid the implementation of dynamic ocean management," he adds. "The fisher community and other value chain actors in the fisheries sector are the greatest beneficiaries of the study because the findings directly influence their daily activities."

This piece was produced by SciDev.Net’s Sub-Saharan Africa English desk.

Stephanie Angela Achieng' is a young, brilliant and skilled science journalist from Kenya. She is one of the writers for SciDev.Net's Sub-Saharan Africa English Edition having cut her teeth in journalism profession in 2017. She is currently pursuing Bachelor of Arts degree at the University of Nairobi in Kenya. 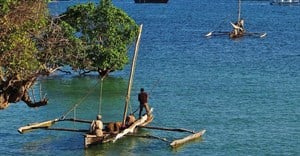 What Kenya's government can do to protect, and benefit from, ocean resources28 Aug 2017 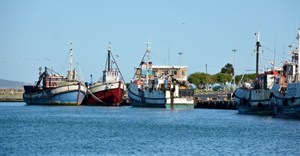