By: Robin Fredericks
With the conversation surrounding the Cape Town drought rising, and an increase in water saving initiatives launched, this year's International Public Art Festival (IPAF), created by non-profit organisation Baz-Art saw fit to incorporate the idea of nature and how much we need it into its theme this year.
Dubbed “We need nature”, this year’s IPAF focused on creating awareness around climate change, which affects everyone in the world. Through this message, IPAF hopes to alter behaviours toward nature.

Positioned in Cape Town’s Salt River, the creative spaces not only tell the story of the artist, but that of the community that it finds itself in. We were invited on a special guided street art tour where we got to see both local and international artists in action, showcasing 20 works at various stages of completion.

Baz-Art founder, Alexandre Tilmans welcomed guests to the tour – including the welcome of Patrick Chapple, Western Cape councillor for Salt River, Zvi Ramma, Flanders government and His Excellency Christophe Farnand, ambassador for France – by  saying that the festival is not only a platform for art and culture in Cape Town, but also for the artists and the team.

“This year, 12 different nationalities, from 12 different countries had their artwork represented. And with the theme, you can expect to see a lot of art that is green, as well as blue – it’s a powerful message not only to the residence of Salt River, but to you and everybody else to create awareness on climate change and have people speak about it,” said Tilmans.

Tilmans continued to welcome both IPAF Mexico and IPAF Montreal for their part played in this year’s IPAF, as both countries sent artists to be a part of the festival, and gave recognition to IPAF’s great achievement, not only for the organisers, but especially for Cape Town, placing it on the international art map.

IPAF’s main aim is to create awareness of public and street art by using multiple mediums to educate, uplift and inspire the community at large. All artists showcased recycling, green issues, global warming or the current water crisis into their artwork while also celebrating the beauty of nature. The tour was both visually appealing and informative. Each artist used what they had at their disposal and made use of Cape Town's culture and heritage, including that of the Kaapse Klopse.

Tatiana Hurn from Ukraine, shared her inspiration behind her artwork which comprised of fruit and vegetables – saying that these sort of gardens are popular in Ukraine and that she thought bringing them to the fore would be ideal.

Anthea Missy, a graffiti and street artist from Brussels, Belgium shared her piece with the tour group which comprised the message, ‘Save our trees, save us”. What was inspiring about this specific piece was that the wall she had sketched on had initially been grey and dingy. Missy met with the owner of the house, asked permission and transformed the wall into the image that you see below. For the most part, the festival is a collaborative process between the artists and the community. Missy's piece is an ideal example of this, as artists approach community members, to receive their input and thoughts. Missy said that residents take care of the artists including their art and equipment.


I found the walk both inspiring and encouraging. It is definitely something rare that brings a group of people together who can make a difference in a community through their experiences and artwork. There were so many children from the community who also threw themselves into what the artists were doing – it inspires them, peaking their curiosity for what art can bring to life. The community of Salt River is buzzing with colour, so be sure to pop in, take a walk around and get a feel for a community in living colour.

All the proceeds from ticket sales for both the workshops and the tours have been donated to art education activities for children within the Salt River community. 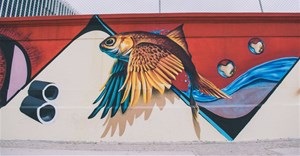 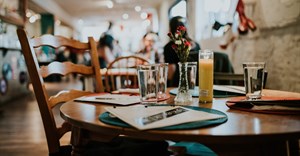 #Fasa21: Bringing life back to the restaurant industry - talking challenges and changes14 Sep 2021 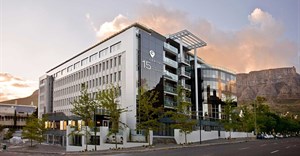 Feel at home at renovated urban oasis, The Capital 15 on Orange7 Sep 2021 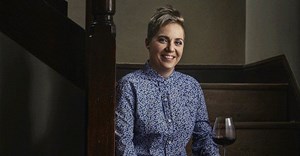