Manyi barking up the wrong tree with 'threats' of withholding adspend

By: Gill Moodie: @grubstreetSA
Tell the same lie over and over maybe people will start believing it - that's the government's big gambit. And look no further than 702 Talk Radio's interview this week with Jimmy Manyi, the government's new communications tzar, for evidence of this cheap chicanery.

(Listen to the podcast and read for an EyeWitness News story summing up the interview by 702's John Robbie.)

A few of the lies

Let's take a few of the lies Manyi is trying to get the unwary to believe (as told to Robbie on Tuesday, 21 June 2011):

In response, I wish to point out:

And let's not forget that the government has plenty of channels through which to communicate - the SABC's radio and TV stations, the openly government-friendly The New Age newspaper, the government's own website, BuaNews and the soon-to-be revamped government magazine, Vukuzenzele - not to mention its sizeable advertising budget and army of communications staff, all paid for by the South African taxpayer. The last thing the government is is underpowered in the communications department.

The criticism that four media houses - Independent Newspapers, Media24, Avusa and Caxton - own most of the country's press is pretty silly, when you consider that we have quite a small economy - and a small pool of readers. Four media houses is quite good when you compare us with Australia, for instance, which is dominated by two players - Rupert Murdoch and Tony O'Reilly's international empires.

Seems so unsuited to the job

Many of us media luvvies scratched our heads when Manyi was appointed head of GCIS. He seems so unsuited to the job as chief government spin doctor - such a goon, so stunningly unsophisticated. And indeed, the seasoned journalist Chris Vick - who understands this government well as he advises human settlements minister Tokyo Sexwale on communications - said recently in an opinion piece for The Daily Maverick: "What's lacking is a desire to understand how the media works, or how to work the media - whether it's mainstream or new technology. Instead, the attitude often seems to be that if you don't understand it, you don't waste time working out how to deal with it - you just hit it on the head."

Not so much a case of the media is from Mars and the government is from Venus, then - more the Sopranos stomping into town. The ANC - and Essop Pahad, Thabo Mbeki's chief enforcer, who seemed to start it all when he was in government - is wont to making a big scary noise and then sitting back to see if the other side will quietly make a concession.

Julius Malema is a master at this, the ANC and Cosatu frequently do it to each other, and I think Manyi's desired outcome of the suggestion that the government will only give advertising to government-friendly media is: media owners will mull it over and then pick up the phone and tell the editors: "I can't tell you what to do but this is something we have to think about."

Manyi could also, of course, be setting the stage for the government to pour advertising into The New Age newspaper (to be followed, I'm sure, by nice fat government contracts for the new press the paper's owners, the Guptas, are buying from Germany.) [And what about Floyd Shivambu's new youth magazine, Loocha?- managing ed.]

Ain't this also the ANC way?

Manyi seemed to step back this week on 702 from his previous scare tactics, saying the media can trust the government, that he did not threaten to withdraw advertising - but ain't this also just the ANC way? Make your displeasure known out and then ameliorate it, thereby avoiding a proper debate on your stance. Classic passive aggression, that - and more Machiavellian than goon-like.

Take Nceba Faku, the ANC's Nelson Mandela Bay chairman, for instance. After the local government elections, he told a crowd of people to burn down The Herald building becuase it supported the DA and Cope - instead of the ANC. He later denied saying this and the ANC disassociated itself from the comments but Faku got it out there, didn't he?

Fortunately, The Herald's editor, Heather Robertson, is made of sterner stuff and the paper is pursuing its quest through PAIA to get released a 2003 ANC forensic report that recommended that Faku be charged with fraud for his role in various municipal projects. (No prizes for spotting Faku's ulterior motive, then.)

It's hard to decide if the ANC is very clever or very thuggish but, ulitmately, when it resorts to scare tactics, it's not playing to educated South Africans who work in newspapers and who read newspapers. It's playing to the poor, its voters whom the ANC is betting will identify with the party painting itself a victim of a conspiracy. It's betting the poor and the working class will hate the educated middle class and their ponsy broadsheet newspapers. So really, it's clever to appear ignorant.

Quite a small part of the mix

Ironically, however, Manyi may well be barking up the wrong tree with his grand plan for government adspend. At least three newspaper editors (and it the newspapers that the ANC wants brought to heel) told me this week that government adspend was quite a small part of the mix for them - and what was there is mostly job ads in classifieds.

The Herald's Roberston believes an unofficial boycott of the paper by government is already in place since the paper started breaking stories about corruption in the municipality. She estimates that government advertising makes up about 10% of what's going into The Herald, compared with about 20% two years ago. Ads for municipal tenders, for instance, now go to The Herald's competitors, Son, the Eastern Cape edition of Die Burger and the Daily Sun.

Nielsen, which compiles the AIS/AdEx annual review of SA advertising spend, says the lion's share of national government advertising in 2010 went to broadcasting. (These figures can be generous as they are calculated on official ad rates and, therefore, cannot factor in discounting and cross-title deals within the same media house.)

According to the AIS/AdEx Nielsen numbers, national government spent R232 million in advertising in 2010. R80 million of this went to print, compared with R84 million to radio and R56 million to TV. (That's R140 million for the radio and TV broadcasters.) R6 million went to outdoor advertising, R2 million to Internet and R3 million to direct mail.

The national government came in as the 23rd biggest spender in 2010, after the likes of the FMCG sector such as Unilever SA, retail such as Shoprite and Pick n Pay, cellphone firms such as Vodacom, and liquor companies such as SAB Miller and Distell.

And so I say to Mr Manyi: Best you check the numbers before you bluster around all over the place. You don't scare us. The wary are watching.

Gill Moodie (@grubstreetSA) is a freelance journalist, media commentator and the publisher of Grubstreet (www.grubstreet.co.za). She worked in the print industry in South Africa for titles such as the Sunday Times and Business Day, and in the UK for Guinness Publishing, before striking out on her own. Email Gill at az.oc.teertsburg@llig and follow her on Twitter at @grubstreetSA.
Read more: media diversity, Jimmy Manyi, Essop Pahad, Heather Robertson, government adspend, government advertising, government advertising budget, media cartel 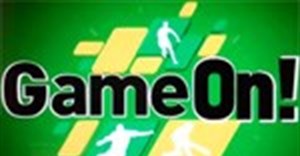 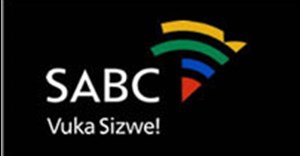