11 Jun 2019 | Email | Print |  PDF
Yuppiechef has announced the opening of two new stores in Johannesburg later this month happening on the same day. The six-time winner of the South African eCommerce awards and relative newcomer to the world of physical retail, Yuppiechef will open its doors in both Sandton City and Mall of Africa on Friday, 28 June.

Yuppiechef CEO Andrew Smith says that the two Johannesburg stores represent a new era for the award-winning brand. "Since the launch of our first physical store two years ago, and with four Cape Town branches now thriving, we've always had Joburg customers asking us when their turn was coming - and now we're opening two at once. We've found the right locations in two world-class centres, in Sandton City and Mall of Africa, and we’re thrilled to finally see our brand brought to life in Gauteng."

Yuppiechef has pioneered the concept of omnichannel retail in South Africa and Smith says that the vision for Yuppiechef in Johannesburg is no different. “We’re hoping that our customers in Gauteng will see us as Yuppiechef – not an online store, or a shop they pass in their local mall – but rather a single retail brand that they can choose to interact with on their terms, wherever and whenever they feel like it.”

The two new Yuppiechef stores will carry a selection of the products available on yuppiechef.com, but should an item not be available in the store, customers can order it while visiting the store and have it delivered to their preferred address. “Through the combination of our online and physical stores our customers have access to a much broader range, bigger than any single store offering,” says Smith.

No queue point of sale system

The Johannesburg stores will follow the design principles of the other four Yuppiechef stores with an industrial feel and premium features including the iconic wooden panelling and engineered quartz countertops. The stores boast a “no queue” point-of-sale system which means that customers can pay for their basket of items at any position in the store, aided by a store assistant.

Smith says he’s excited about the possibilities that the new stores present for Yuppiechef, “We want to reach as many people as we can, because ultimately, our belief is that quality kitchen tools and ingredients can change the way you feel about being in the kitchen and help you be a better cook – and that’s in our DNA across all of our channels.” 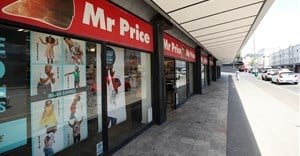 Mr Price purchase of Yuppiechef gets the go-ahead21 Jul 2021 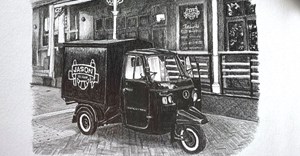