Going Back to the Crossroads at Kirstenbosch

15 Feb 2012 | Email | Print |  PDF
By: Michael Britton
You might think it incongruous to sit in the idyllic amphitheatre at Kirstenbosch Botanical Gardens and listen to the blues. After all, blues songs open with lines like, "Been down so long it looks like up to me", and "I had the blues so bad one time, it put my face in a permanent frown". But despite the pain of betrayal and the desolation of love lost expressed in so many blues songs, the music is a celebration of life - and what better place to celebrate life than in that magnificent setting? That poor, long-suffering, cheated and mistreated singer has survived to share real and imagined tragedy in a way that will make you smile and forget your own troubles. Taj Mahal, one of my blues heroes, prefers to play outdoor concerts because they encourage the audience to get up and dance. And that is what the audience did on Sunday evening. They danced, they sang along, they had a good time.

The show opened with Michael Roach doing a Sleepy John Estes song, accompanying himself on guitar, before calling the band on stage for the rest of his set. Potato Digging Man, another Sleepy John Estes song, had one member of the audience prancing around, throwing imaginary shovelfuls of dirt over his shoulder as he harvested his crop. The tone was set.

"Some folks are built like this, some folks are built like that, but the way I'm built, now don't you call me fat, because I'm built for comfort, I ain't built for speed. I got everything, baby, that a good girl needs." So runs the opening lines of Willie Dixon's memorable song, Built For Comfort, belted out with enthusiasm by Samantha Smith. What a fine voice she has, whether she was doing Jimmy Cliff's gospel-influenced Many Rivers To Cross or her rendition of Hit the Road, Jack, the Percy Mayfield song made famous by Ray Charles in 1961. By the time Sam Smith called Jimmy Thomas on stage to help her finish Hit the Road, Jack, I had heard so much good blues that my face had a permanent smile.

Thomas did not disappoint either. The man has stage presence and has performed with artists of the calibre of Ike Turner, John Lennon and The Rolling Stones. An unusual twist to his performance was asking a local rapper, called Lazlo, to come up on stage and do a short rap during a performance of Howling Wolf's Smokestack Lightning.

A vague sense of something lacking

Throughout the show the singers were expertly backed by Danny McCormack on keyboards, Paul Cory on sax, Matt Cowley on drums, Roger Innes on bass and Dave Day on guitar. Billed as "a musical journey through the history of the blues", the concert lived up to all my musical expectations: superb musicians, great performances from the vocalists, wonderful crowd, a perfect setting. Yet I left feeling slightly cheated, a vague sense of something lacking.

The show was too short. It will always be too short when fine musicians give such a professional performance, but I am well aware of the strictly enforced time limit imposed on the Sunset Concerts. (Two weeks ago, Jimmy Dludlu had the plug pulled on him before the end of a song because he went a few minutes over the seven o'clock deadline.) My quibble probably lies in the expectation created by one word in the concert's title. It would have been a perfect ending to hear Robert Johnson's Crossroads as the encore, but it was not to be, so I came home and listened to the blues until midnight. 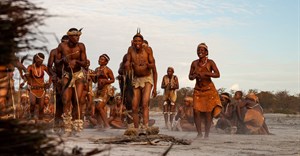 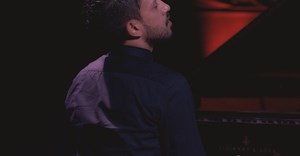 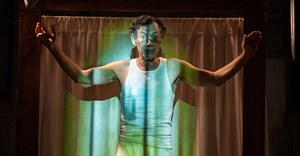 Vaslav explores the fine line between genius and insanity14 Nov 2019 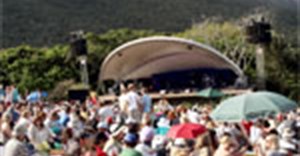 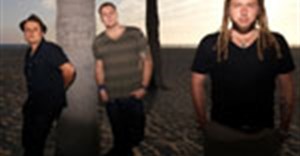