By: Felix Kessel
In 2015, media statistics show that in South Africa, Europe and the US, more advertising was spent on television, but some of the biggest spenders in the US and the UK were Facebook and Google. What this tells you is that we are now firmly split into two fundamental approaches to advertising. One model is interruption, and the other is the optional model. Therefore, we now need to start thinking about digital in these contexts.

New media and communications disciplines generally tend to be seen as the ‘next big thing’ to help bring your brand to a desired prominence. We have had activations. We have had the emergence of digital technology. Now we have social media, which is becoming more integrated into our daily lives. However, I believe there is a fundamental disconnect when thinking about a brand’s social media interaction possibilities that we need to bear in mind.

Social media was created as a human-to-human platform for its interactions. Brands, while they can have personalities, can never be people. Brands therefore need to understand what they could and even should do in their digital channels.

Perhaps first, we should heed the call to start dropping the ‘digital’ from ‘digital marketing’ and realise that digital activities should be part of the complete marketing process. The possibility of having digital silos within the marketing and advertising teams does still exist, of course, but this is a different conversation.

What is important is to remember that digital expertise needs to fall within the context of the entire creative process in the same way that people’s lives today blend what we used to call ‘offline’ and ‘online’ processes and events. At the same time, however, the digital aspects of a marketing campaign, while they should form part of a coherent whole, need to be subject to the same or at least similar objectives and measurements as the more traditional aspects of marketing and advertising.

Standard marketing objectives should still be applied to digital processes, including factors such as salience, relevance, reach, awareness, conversion and trial. Your digital technology channels need to be delivering these: not simply ‘likes’, ‘shares’ and other bits of technology that fundamentally affect only one person. In this way, you can make your clients understand the value-add of the digital side as part of the overall campaign.

When looking at a brand’s social media incarnations, we need to ask the question: Who is manning the particular medium? Ultimately it is, of course, a human – or group of humans – behind the brand. Remembering this is crucial, especially against the current context in which some companies want their brands to have a conversation with their potential customers.

Who is having the conversation?

I would ask: when a brand wants to have a conversation with you, what does it say? Who is driving this apparent conversation: a teenager, a copywriter approaching sixty or a secretary who has had this added into her list of daily work tasks? Is there a brand panel in this conversation that is approving the messages and helping to create the interplay?

I would argue that the conversational side of a brand is a fiction. When it is optional and I choose to follow it, then it can take me on a meaningful journey, but it is not a conversation.

Therefore, in this way, I think that sometimes the digital wool is being pulled over the eyes of both consumers and marketers. The former are forgetting that the brand they are ‘talking to’ doesn’t actually have its own mind, while the latter are thinking of digital platforms as being somewhat of a silver bullet in the quest to put their brand on top.

Yet we must not lose sight of the fact that more time and money is being spent than ever before on digital by both organisations and brands and, in some markets, more than any other media. So we need to understand and acknowledge that there is, of course, some value in this.

Previously, digital advertising was largely seen as an optional channel, but let us face it, Facebook ads are firmly in the interruption model, think banners and promoted posts. However, we tend to understand it as still being optional, because the Facebook user can choose what he/she reads or does not read, in other words filter the ads.

Even on television, advertising models are being adapted to better facilitate interruption models. We have learned that once someone is interested in a product, the optional model is a very powerful channel. However, advertisers still need to get the potential consumer interested, and for this, the interruption model will always be the dominant player.

Therefore, as with any other advertising channel, you need to know what you want from your digital channels, play it appropriately and then measure it correctly. In this way, we can bring brands more fully into consumers’ lives and well thought out advertising strategies, impeccable implementation and good ad-spend. In terms of not having the digital wool pulled over your eyes, it is critical to know what the different channels can actually deliver for you, because none of them alone represents a global panacea.

Born a long time ago in a galaxy far, far away, where writing was the only way to survive the suburban ennui of his homeworld, Felix wrote his way into a strange land called advertising. Currently, he is the creative lead at WPP's agency for Distell, Team Liquid.
Read more: Facebook, Google, Felix Kessel 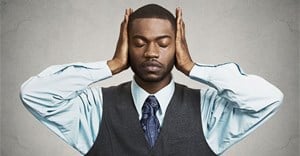 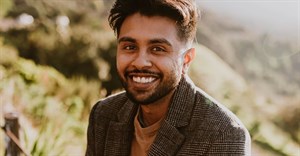 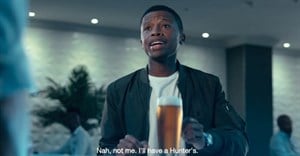 Grey Africa"You look like a beer man!" Hunter's Premium Cider Refreshes the Rules with a new brand campaign3 May 2022 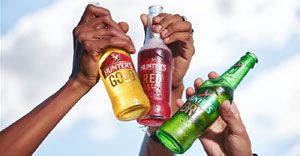 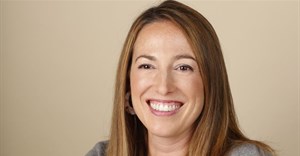 #ACACelebratingDiversity: Overcoming Covid-19 constraints to create one of the most liked ads of 202014 Dec 2021 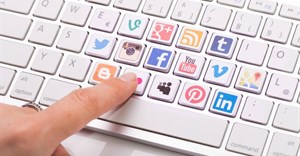