15 Feb 2010 | Email | Print |  PDF
The need for good writing skills in South Africa is evidenced every day in poor emails, poor press releases, poor web copy and poor business communication. Offering solutions to this shortage are upcoming courses from experts in their field. For those who aspire to write for film, TV or the stage, or produce and direct productions, workshops are being conducted in Johannesburg and Cape Town.

Marion Scher, author of Surviving the South African Media - Building Bridges to Make the Media More Accessible and regular Bizcommunity contributor/blogger, offers two courses based on her book that will enable public relations practitioners, executives and personnel dealing with the media to maximise their engagement.

Her first course Dealing with the media' is running in Johannesburg on Tuesday 23 February 2010. The aim of the course is to equip the delegate with the skills required to get the most out of any valuable airtime, or print opportunity, whether it be an interview, a feature or business report.

Her second course, running on Wednesday 24 February, is on writing for the media and again aimed at the delegate who regularly communicates with the media and wishes to tighten up his or her skills. The course covers what is required by media, common mistakes and getting flow into a story.

Seasoned freelancer and regular Bizcommunity contributor Tiffany Markman has launched a revised training menu of writing, editing and business workshops. Specialising in disseminating skills and practising techniques that can be used immediately in the workplace, the 12 different workshops are hands-on, witty and focused on producing real results for attendees.

Writing to the point

As a senior freelance journalist with Independent Newspapers, owner of a PR consultancy for 21 years and international trainer, Gwen Watkins of Freelancers Writing Services offers two in-house business writing courses for government and corporate delegates, particularly for those using English as a second language, which is 92% of the population.

Both courses provide on day one, an overview of business English to improve writing, avoid common mistakes and identify double trouble words. Based on needs, clients select from the office writing skills module, with minute taking, or formal report-writing module, with industry specific examples, for the second day.

Each course has many examples and practical exercises to increase the delegates' fluency in English and the cost includes a 50-page handbook for each delegate. A follow-up service is included, whereby delegates submit their business writing to Watkins for advice/assessment for three months after the course.

It has never been a better time to be a scriptwriter and filmmaker in South Africa, with the South-African films ‘District 9' and ‘Invictus' as hot contenders in this year's Oscars, seven new South African films awaiting release and several international co-productions in the pipeline. However, entry to these professions is difficult, so two courses presented by experts offers the next generation of Oscar winners much needed skills.

The Write Journey is an inspirational and motivational beginner's workshop that is ideal for writers who want to write for film, television or the stage and takes place at the Artscape Theatre Centre in Cape Town on Saturday, February 20, 27, and March 6, 13 from 2pm until 5pm.

Producer Genevieve Hofmeyr (Moonlighting Films), who co-produced Skin and was the supervising producer on Invictus and Amelia, and writer-director Henk Pretorius, who is currently working on the post-production of the sequel Bakgat, will be the guest speakers at the first workshop.

The workshops explore the journey from the inspiration of an idea, through the writing process to the planning and start of a first draft of a screenplay that will become the blueprint for a film, television series or stage play. Aspirant scribes will learn the fundamentals of building and telling a compelling story and how to effectively dramatise ideas, characters and plot.

Since he launched The Writing Studio 16 years ago, trainer Daniel Dercksen has presented over 500 workshops in scriptwriting and creative writing throughout South Africa. As a published playwright, writer and movie journalist, he is a qualified ETD Practitioner, accredited by SAQA and involved in movie journalism for more than 20 years.

The cost is R900 with a discounted rate of R800 for students, scholars and pensioners. The course is also presented as a correspondence course.

Johannesburg's aspirant filmmakers can attend the Writing Studio's Basic Workshop for Filmmakers, a two-day course takes place on Saturday February 20 and 27 from 9am until 5pm, at Screen Africa, Sasani Studios, Highlands North.

Candidate film directors, actors and screenwriters will be introduced to the basics of film production from the viewpoint of the independent filmmaker functioning as writer, producer and director by writer-director Dirk Fourie, an independent filmmaker and film fundi who has been teaching workshops in filmmaking and directing for the studio and is currently working as an editor for e.tv.

Guest speaker at the first workshop is writer-director Craig Freimond, whose film Gums & Noses won the Apollo Film Festival Award for Best Feature in 2004; and his latest film Jozi, releases locally next week. He also co-created and directed two seasons of the improvised comedy series Sorted.

The cost of the workshop is R950 with a discounted rate of R850 for students, scholars and pensioners. For information on the workshops, contact Dercksen on cell +27 (0)72 474 1079, email or visit www.writingstudio.co.za. 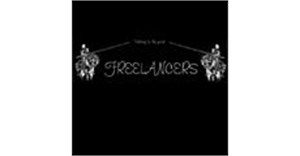